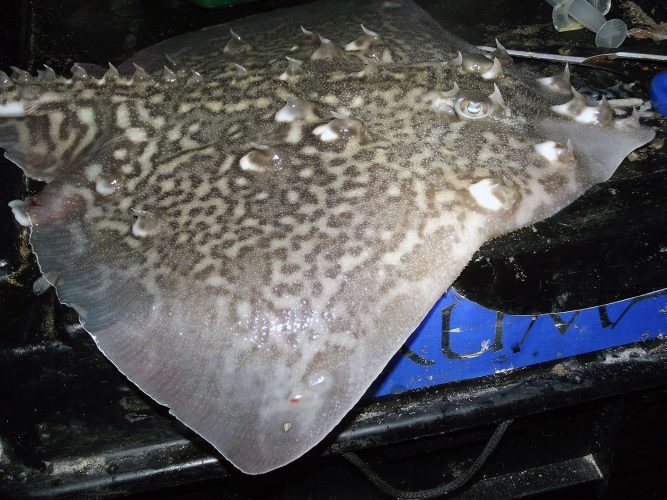 Thanks to Chris O’Sullivan for the photo

The body of the thornback ray has the kite shape that is typical of the skates and rays. As its name suggests it has thorns on its upper surface particularly from the root of the tail down to the dorsal fins at its tip. In the larger specimens the thorns have a small disc at their base. Colouration varies widely but it’s generally a brown to grey on the back with numerous lighter spots and patches. The underside is cream merging to grey at the edges of the wings.

Thornbacks can grow to a weight of around 15 kg and fish approaching this size will always be female.

The thornback ray can be commonly found in depths of 10 to 60 metres but the depth ranges to 300 metres. It tends to prefer areas where the sea bed comprises sand, mud or gravel. The female lays her eggs in inshore waters from March to August.

Thornbacks feed mainly on crabs but it will also eat fish such as sandeels and flatfish.

Fish baits such as mackerel and herring are popular baits particularly around Scotland and Ireland. Prawns and peeler crab can also be very effective and in some areas squid will produce this ray. 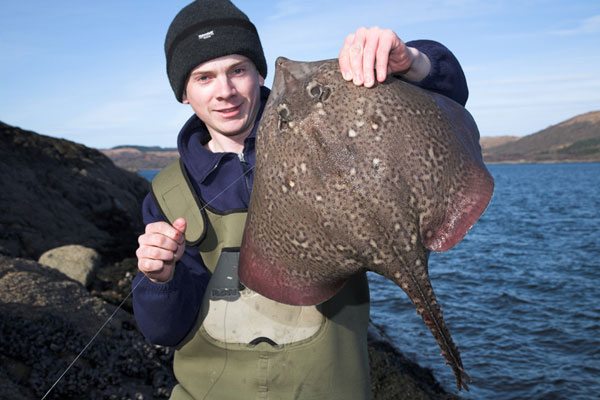