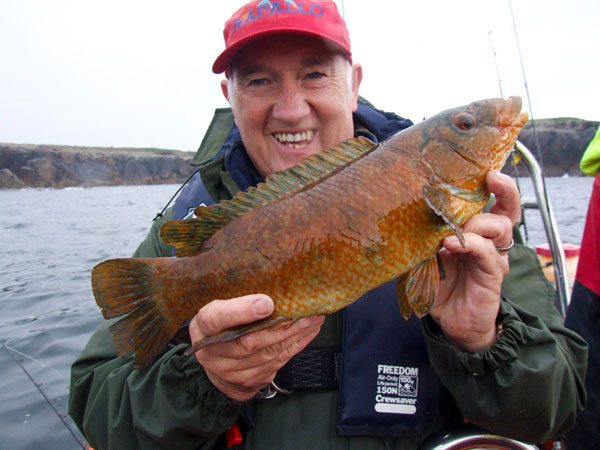 The ballan wrasse is a deep bodied, fully scaled member of the Labridae family with a pointed but not elongated mouth which contains prominent teeth and thick lips. More crushing teeth are to be found on the pharyngeal bones in the throat. The colour of the ballan varies from venue to venue and may range from greeny-brown through green to red. The underside and the fins are spotted with white. The spiny first dorsal has 19 to 20 rays and the posterior one 9 to 11.

The maximum size for a ballan wrasse is around the 5kg mark but any fish over 3kg would be an excellent specimen.

The ballan is to be found around European waters including the coast of Denmark, Sweden and Norway. The best fishing is to be found on the Atlantic coast of the UK and France. It is commonly found near to rocks and reefs from around 2 metres to depths of 25 metres. The adult is normally a solitary fish and is territorial.

Ballan wrasse will occasionally take lures especially short, stumpy plugs and soft plastics. One theory is that with the wrasse being territorial, it is chasing off a competitor rather than attempting to feed. 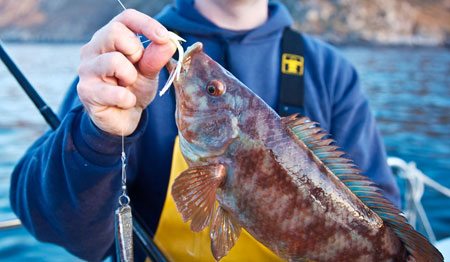