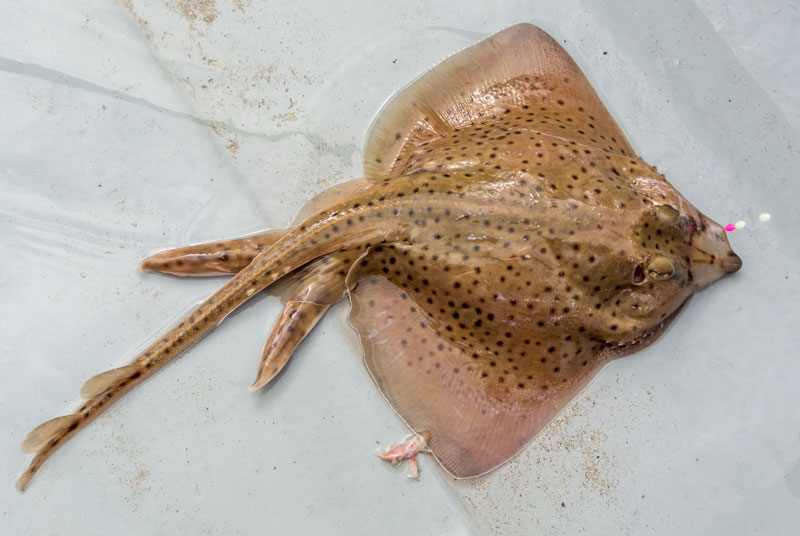 The spotted ray has a concave, curved snout and the typical ray wings. The young spotted ray has small spines on the upper surface near the front edge and in the adults these extend further back. There is a row of larger spines which run down the back and tail and expand to the sides of the tail. The back is a sandy brown with dark spots which don’t extend out to the edge of the wings. They are white on the underside.

The spotted ray can reach a length of 75 cm and a weight of around 4 kg. The females grow larger than the males.

While it will be found on rocky ground the spotted ray prefers a sandy seabed. It’s normally found in depths between 25 and 120 metres. It is found from the coastal waters of the UK down to the Mediterranean.

The spotted ray feeds mainly on crabs, shrimps and other crustaceans although fish do form a minor part of its diet.

Mackerel, squid, peeler crab and sand eel can all be effective baits from the boat or shore. 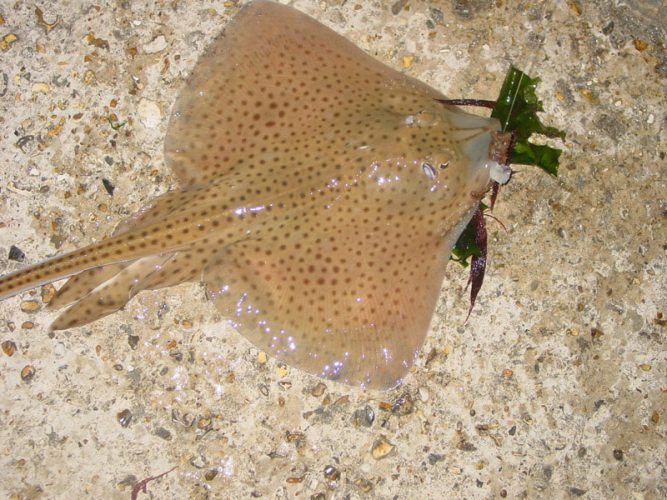