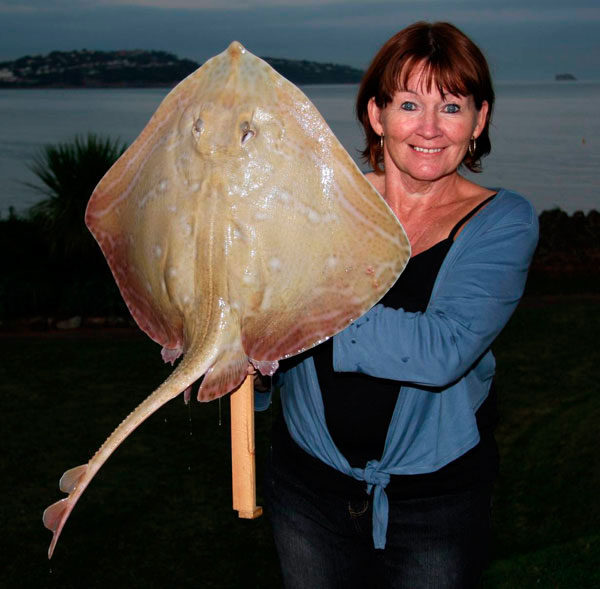 The small eyed ray has rounded wing tips and a shortish snout. As its name suggests it has comparatively small eyes. The upper surface of the wings and body are grayish to brown colour with light patches and streaks which run parallel to the edges of the wings.

The small eye grows to lengths of around 90 cm and attains a weight of over 7 kg. As with most rays the female of the species is larger.

This ray lives in the coastal waters around the English Channel, south of Ireland and the Atlantic coasts of France, Spain and Portugal in depths of up to 100 metres. It likes sandy seabeds and will frequent estuaries.

The small eyed ray feeds mainly on fish and crustaceans.

Sandeel make an effective bait for small eyed ray, particularly from the shore. Squid, either on its own or as a cocktail with fish strip will also take fish as will small fish from the location being fished such as poor cod or pout.