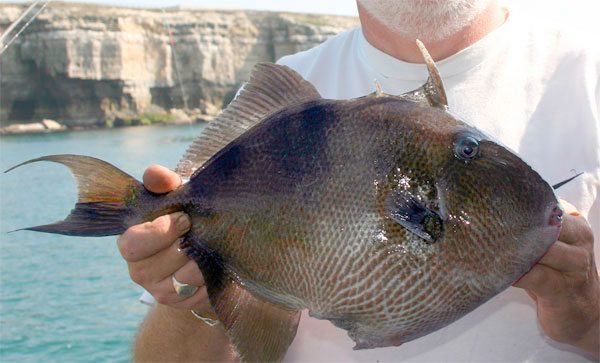 This trigger fish is found from the west coast of Africa, into the Mediterranean and north into the English Channel and Atlantic west coast of the UK. It is a summer migratory fish in the northern half of its range. It lives mainly on mixed rough ground and is frequently found in the same areas as black bream.

Peeler crab work well for triggers and they can also be caught on small squid, worm and mackerel baits.