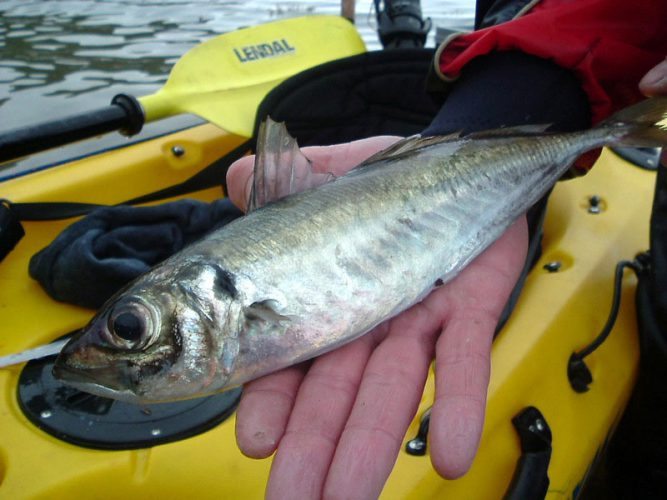 The maximum size for scad is around 1.5 kg but the majority of captures are less than half that size.

Small fish baits will produce scad as will ragworm and squid strip.

As with their namesake, the mackerel, scad will regularly take feathers and other small lures.