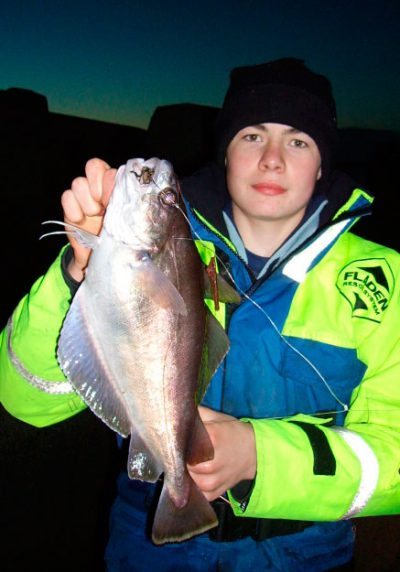 Pouting can reach a maximum weight of around 3 kg but the average size from the boat is about 1 kg and less than half of that from the shore.

Pout are very common in the waters around the English Channel and southern North Sea with the small fish being found in shallow water with a sandy bottom. Larger fish tend to shoal near or over rocks and wrecks. They can be found anywhere from the shoreline to depths of 300 metres and spawns in March to April.

Its food consists mainly of small squid, fish and crustaceans with shrimps a particular favourite.

Pouting can be veracious feeders and will take most baits but fish strips and squid will take the larger specimens. Using worm baits, lugworm or rag can be very effective for shore fishing or smaller fish from the boat. It’s not unusual for large pout to take a whole mackerel flapper when fishing for conger.

Although not normally a target for the lures fisherman, pouting will happily take small sabiki lures or mini-eels fished hard on the bottom.