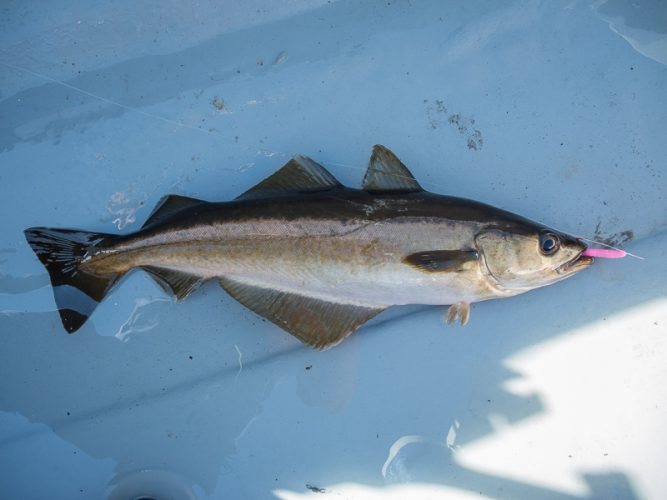 The pollack can reach sizes of 140cm and weights in excess of 14 kg however the shore angler can expect to target fish averaging around 2 kg and the a good specimen from the boat would scale 5 kg. 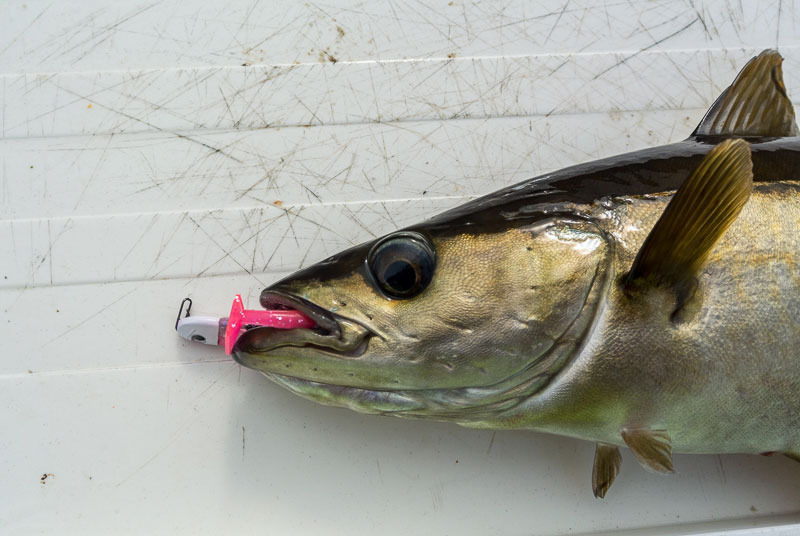 The habitat of the pollack tends to close to rocks, piers or rough ground with the biggest specimens normally found over wrecks or deep water reefs. Adult specimens can be found at depths ranging from the surface to over 100 metres deep. The smaller fish will inhabit the inshore waters including sandy areas. The pollack will spawn in deep water from January to April. They can be found from the Mediterranean to as far north as the Arctic Circle.

Fish form the main source of food for pollack, particularly sandeels and members of the cod and herring families. Recently on the north and east coasts of the UK large numbers of pipefish form a major part of the diet. They will also forage on the sea bed for crustaceans.

Sandeels, fresh or frozen, make an excellent bait for pollack both from the boat and shore. In shallow water a single ragworm will often produce good bags of fish from the rocks or over offshore reefs. Similarly a belly strip of mackerel slow retrieved can be deadly. Large specimens are taken occasionally on fish baits being used for other species.

Plastic or rubber worms, eels such as the redgill, or shads can be very effective on a flowing trace either slowly retrieved back to the boat or spun deeply from the shore.

A favourite among the Scottish competition anglers for inshore pollack is to fish with two or three redgills or plastic worms fished paternoster style above a fluttering, hookless pirk. 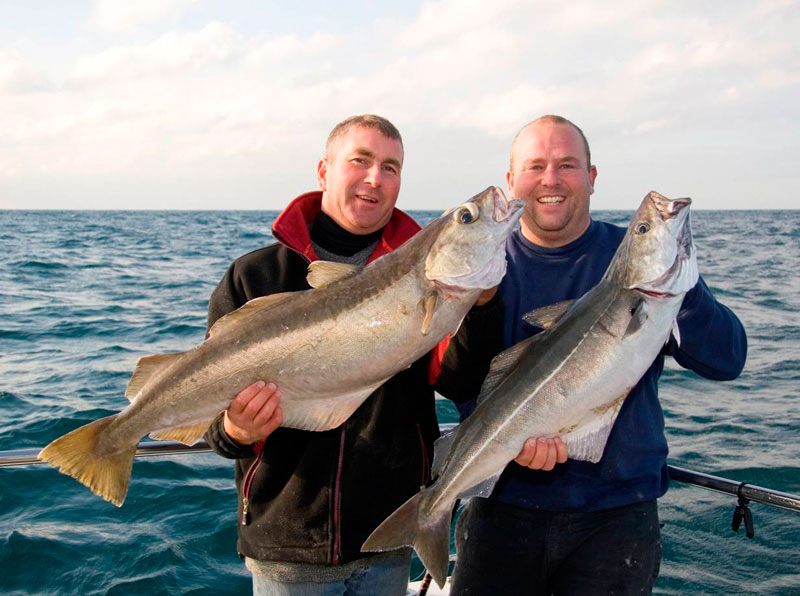