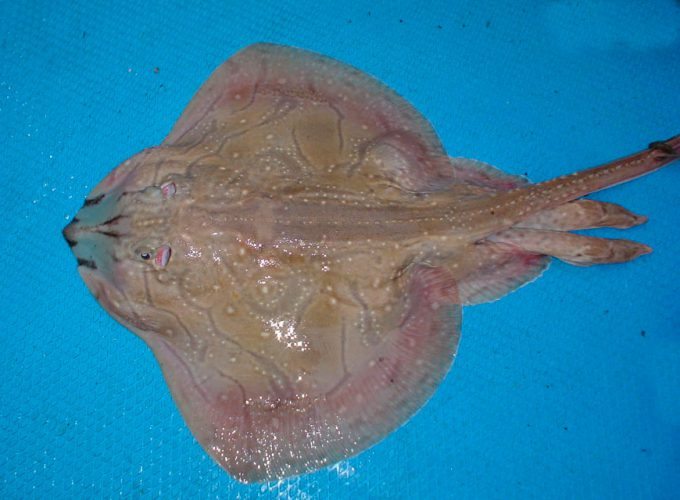 The undulate ray has the typical kite shape with rounded tips to the wings and a shortish snout. The back and snout are covered with short spines. The upper surface is a brown to sandy brown colour with multiple distinguishing darker wavy lines and yellowish white blotches. 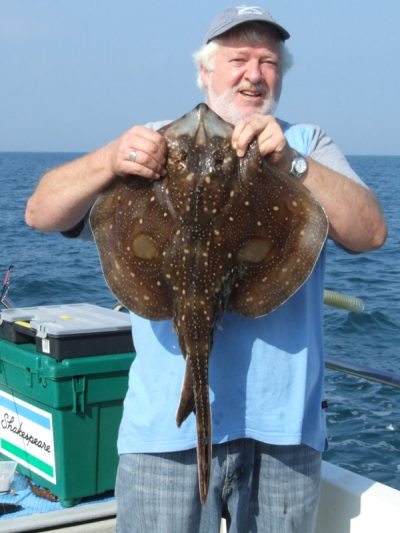 The undulate can reach a length of 1.3 metres and weigh over 9 kg.

It is most commonly found in water 45 to 100 metres deep. Although mostly found over sandy bottoms it will inhabit areas where the seabed comprises mud, mussels bed or boulders. It is found off the south coast of England and Ireland down the Atlantic coasts of France, Spain and Portugal into the Mediterranean. The larger fish are found at the southern end of this area.

This ray feeds mainly on small fish particularly flatfish as well as squid and crustaceans.

Oily fish baits such as herring, mackerel, sandeels and blueys are effective for undulate rays and squid will also produce fish either on its own or as a cocktail with fish strip.