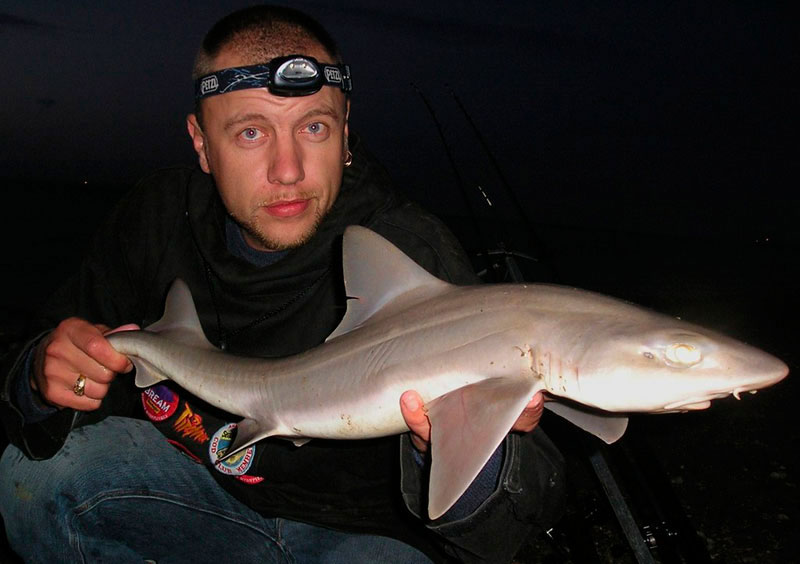 The smoothhound has a typical, slender shark body with two dorsal fins and five gill slits. The lower lobe of the tail fin is comparatively small. The dermal denticles are narrow with grooves at the thick end only. The back and sides are grey with occasional dark spots on the back and the belly is an off white. The mouth has small, flattened crushing teeth. There is a spiracle behind each eye. The nasal flaps are broad.

It is generally accepted that there is only one species of smoothhounds around the UK coastline and that is the starry. A paper on DNA studies of the smoothhounds can be veiwed at – http://icesjms.oxfordjournals.org/content/66/3/561.full

The smooth hound grows to a length of around 1.5 metres and a weight of 24kg.

Found mainly in water from 5 – 50 metres in waters from south of the UK down to the Mediterranean. It prefers a seabed of mixed ground with sand, gravel and boulders.

Crabs, peeler and hardbacks are excellent baits for smoothhounds as are hermit crabs when removed from their shells. Squid will also take this species as will ragworm and cocktail baits.