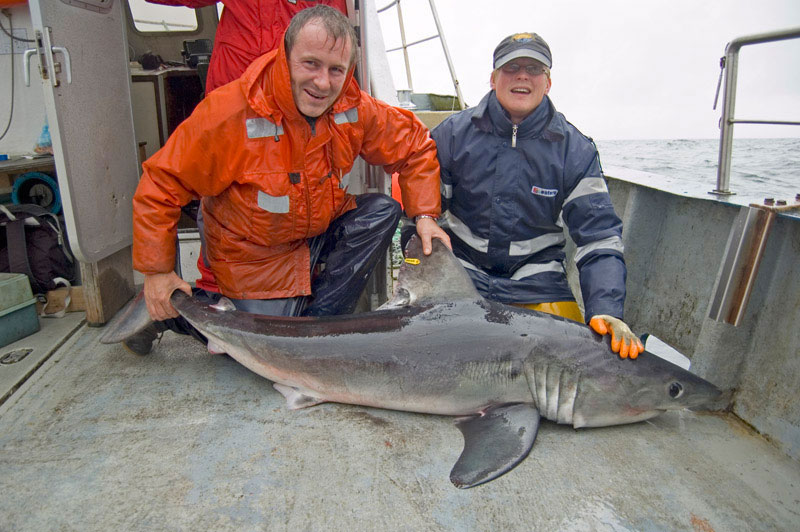 The porbeagle can reach lengths of around 3 metres and a weight in excess of 230 kg.

The porbeagle can be found throughout the north Atlantic. It is a pelagic species and will travel extensively hunting. Although it is an oceanic shark it can be found close to shore. The larger fish tend to frequent the northern end of its range.

Squid form a major part of this shark’s diet as do fish especially mackerel, cod and coalfish.

Whole fish baits are preferred for the porbeagle either live or dead.