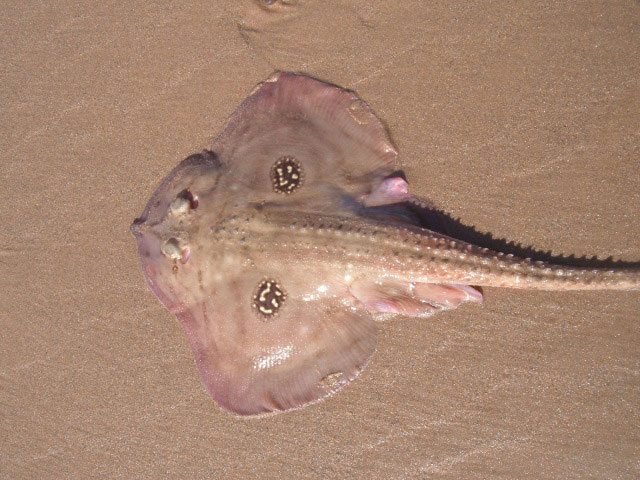 The cuckoo ray is one of the rarer of the European rays and has the typical ray shape with comparatively large rounded pectoral fins. There is a double line of spines down the tail and rear of the back. Small spines cover most of the upper surface and underside of the snout. The back is a patchy grayish brown with distinct black and yellow marks on each wing.

This ray can grow to a length of around 70 cm.

Lives over clean seabed in depths from 20 to 150 metres. It is found from the north of the UK and southern Norway down the Atlantic coast and North Sea into the west end of the Mediterranean.

The diet consists of shrimps and worms when young with fish forming the main food for adults.

Mackerel strip is generally the most effective bait for this species.