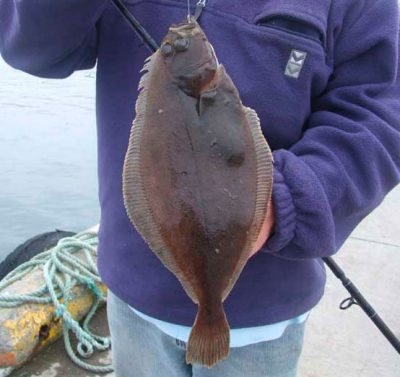 The long rough dab is a slender bodied, right sided flatfish. The eyes and mouth are relatively large compared to the smallish head. There is a slight curve to the lateral line at the pectoral fin and the sharp edged scales give the fish its name. The upper surface is brown colour which varies in shade depending upon its habitat.

The long rough dab can reach lengths of 50 cm.

This species is found in the North Atlantic from the English Channel northwards. The northern reaches of its range hosts the greatest numbers. The further north they are the more likely that they will be found in shallow waters and they inhabit depths 0f 4 to 400 metres. It lives on seabeds comprising sand or mud.

The long rough dab feeds mainly on small crustaceans, worms and molluscs with the occasional fish adding to the diet.

Small fish and worm baits are effective baits although they are normally taken when targeting other flatfish.