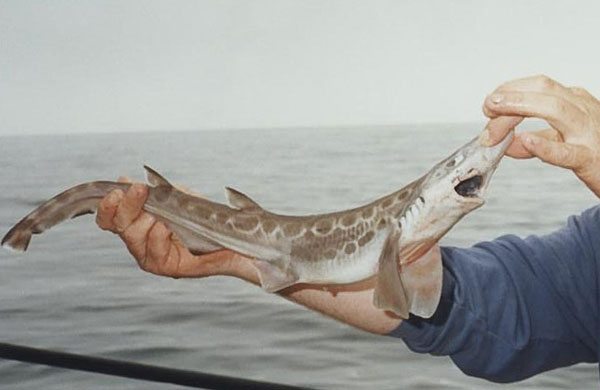 The black-mouthed dogfish is a small member of the shark family and has the typical shark shape. It has two small, equally sized dorsal fins and a large upper lobe to the tail fin. The light brown colour on the belly merges into a darker brown on the sides and back interspersed with rounded, brown patches. Not surprisingly the inside of its mouth is black.

This dogfish can reach lengths of 90cm and weights of around 2 kg.

This dogfish will rarely stray into depths of less than 50 metres and is most common in depths of over 200 metres. It tends to prefer areas of soft bottom.

Feeds mainly on bottom living invertebrates, including shrimps and cephalopods, but also hunts small pelagic fishes as part of its diet.

Although this fish rarely targeted a strip of fish is the most effective bait.