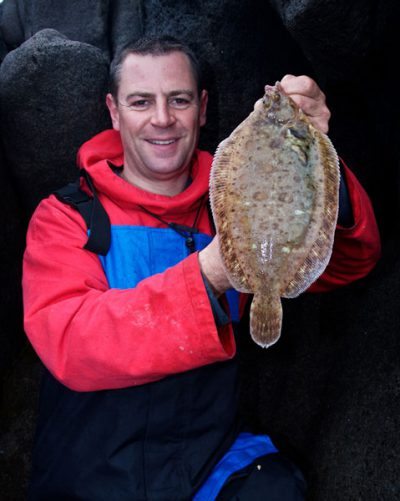 The lemon sole has an oval shaped body that is sandy brown in colour with darker brown blotches and yellow and green spots on the back, the underside is white. It has a small head and mouth with prominent lips. The lateral line curves slightly above the pectoral fin.

The lemon sole reaches lengths over 60 cm and weights of around one kilo.

This flatfish is found throughout European and Scandinavian waters and is most common in the colder northern waters. Although smaller specimens can be found near the shore the larger fish tend to frequent sand, gravel and rocky mixed bottoms in depths between 40 and 200 metres.

The lemon sole feeds mainly on worms but also includes small crustaceans and molluscs in its diet.

Worm and fish baits are the most effective way of attracting this species.