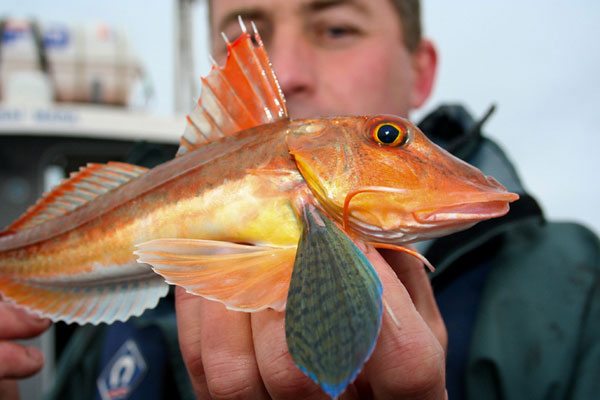 The tub gurnard is the largest of the European gurnards. It has the classic sloping, bony head with sharp edges to the gill covers and feeler like pectoral extensions. The rayed part of the pectoral fins extend well beyond the vent The colouration varies from re to pink on the upper surfaces to predominately white or whiteish-orange on the underside. The large pectoral fins have bright blue markings with a red trim and may have green spots.

This gurnard can reach lengths of 75 cm and can weigh over 5 kg.

This bottom dwelling species can be found around the coast of northern Europe down to the Mediterranean and north west Africa. It is most numerous towards the south of it range. The adults can be found in depths from 20 to 200 metres and juveniles will venture close inshore.

The tub gurnard feeds on a wide range of crustaceans and small fish including sandeels, gobies and dragonettes.

A strip of fish is the most effective bait for tub gurnards particularly mackerel. 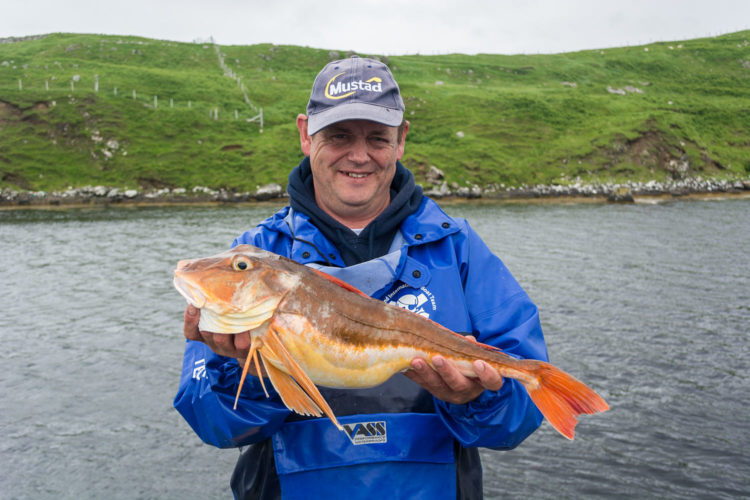