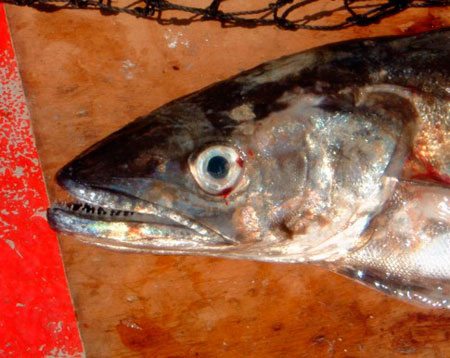 The hake can attain a length of 1.8 metres and can reach weights in excess of 12 kg.

While the hake spends a lot of its life near the bottom it will venture into the upper mid-water reaches to feed particularly at night. It is commonly found in depths of 100 to 550 metres over various types of seabed.

The hake feeds mainly on fish and squid but the younger fish will include crustaceans in their diet.

Oily fish baits such as mackerel and herring are effective when targeting hake and squid will also take this species.