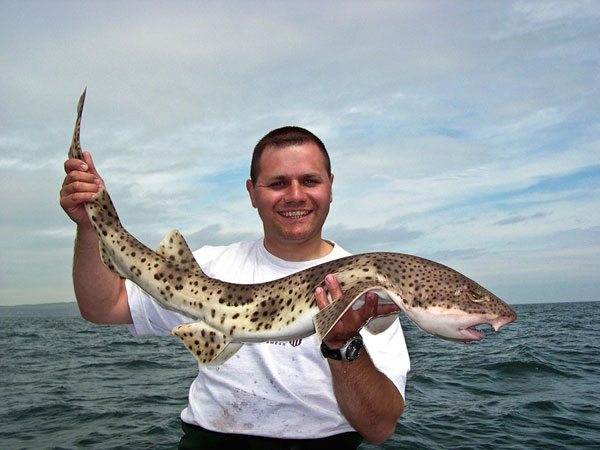 The bull huss can reach lengths of 155 cm and a weight in excess of 10 kg. It’s one of the few larger species where the shore angler can expect to catch fish as big as the boat angler.

The huss is much less common than the LSD and is most prolific at the southern end of the east North Atlantic around the English Channel and the south west of Ireland. Lives on the sea bed at any depth from the shoreline out to 60 metres and inhabits rough or rocky ground.

A wide selection of crustaceans, molluscs and small fish form the bulk of the diet of a bull huss.

Mackerel head and guts are a favourite bait but strips and flappers will also take fish. Squid and cuttlefish can also be effective.

bull huss nasal flaps on the left, lsd on right