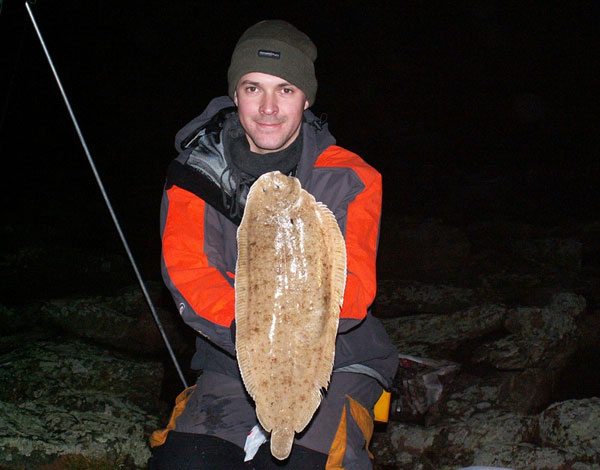 The sole can grow to 60 cm and a weight of around three kilos although the majority of fish encountered will not exceed 30 cm.

The sole will be found where the seabed is sandy or muddy in depths of 10 to 100 metres. It is found mainly in the southern North Sea and down the Atlantic coast to the Mediterranean. The sole tends to feed best after dark inshore.

Although sole will occasionally feed on molluscs its main diet consists of worms and crustaceans.

Smallish neat ragworm, black lug or blow lug baits are the most effective bait for sole.