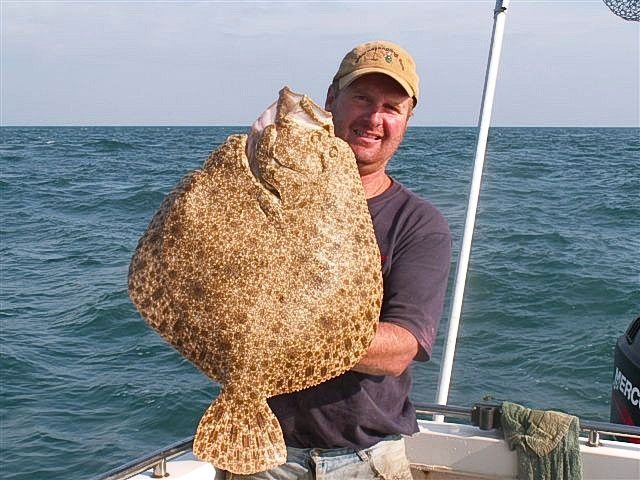 Turbot are the largest of the flat fish other than halibut and can reach lengths of one metre and a weight of 25 kg.

The turbot can be found in the eastern North Atlantic, North Sea, and Baltic Sea and down to the Mediterranean. It inhabits water from the shoreline to depths of around 55 metres where the seabed is composed of sand, gravel, crushed shells or a mixture of these. Larger specimens are found on offshore banks. They are also found in the scour adjacent to wrecks.

Long thin fillets of mackerel or launce are a favourite bait as are live or dead large sandeels. 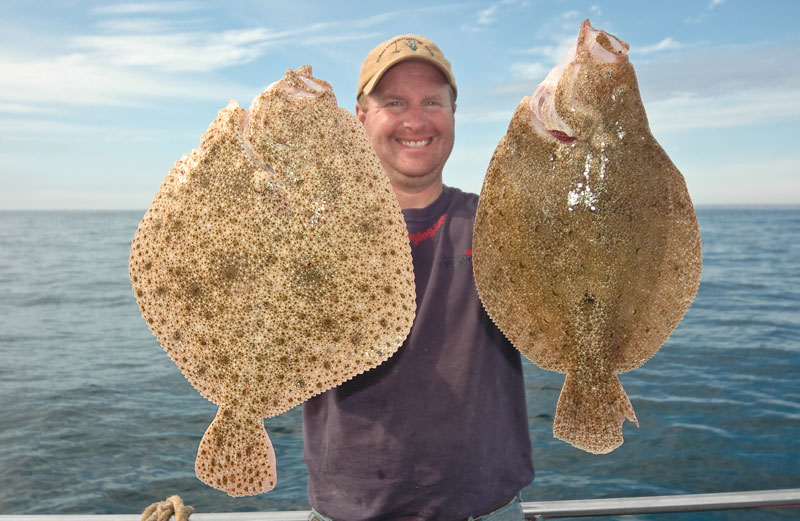 Turbot on the left and brill on the right