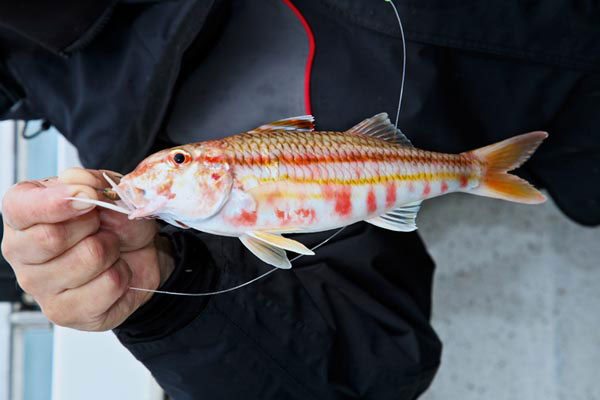 The red mullet is a slim, narrow bodied fish with an angled front to the head. The large scales are easily dislodged and there are two long barbels below its chin. The colour is a reddish brown to deep red with yellowish stripes along its body together with a single darker red stripe. The colours may merge into blotchy patches.

Red mullet can attain weights of around a kilogram.

Although found around the UK and North Sea coasts it is most plentiful south of the English Channel down through the Mediterranean to the north west coast of Africa. It inhabits muddy or sandy seabeds in depths from below the low water mark to around 100 metres.

This species feeds mainly on invertebrates and crustaceans which it roots from the seabed.

Soft baits such as worms or peeler crabs will on occasion take this species.