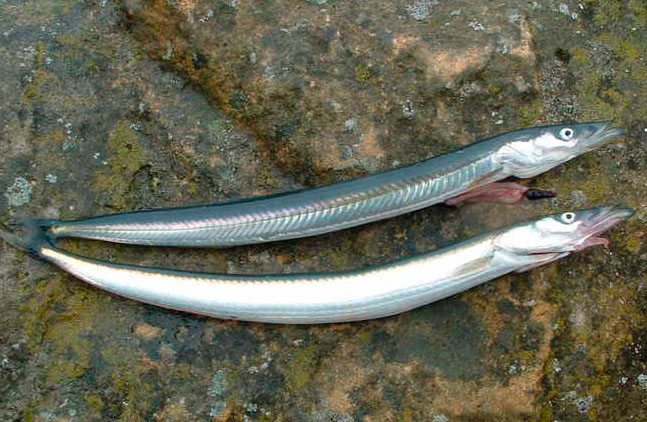 As its name suggests the greater sandeel has an elongated eel shaped body and is the largest of the European sandeels. Unlike other sandeels the upper jaw is not protrusible and it has a couple of teeth on the roof of the mouth. The dorsal fin extends from behind the pectoral fin to almost reach the tail and the lateral line, situated towards the belly, is continuous. The back and upper sides wary from blueish-green to green and the belly is a silvery white. There is a dark spot on the side of the head.

The greater sandeel can reach lengths of 30cm or more.

This sandeel ranges widely from the north coast of Spain to the waters around Iceland and the north of Norway. It is generally found over sandy bottoms in depths from just a few metres to 150 metres.

The greater sandeel feeds mainly on planktonic species but larger specimens will include small fish in their diets.

Very small fish baits can be used to take this sandeel.

Small sabiki style lures are the most effective method targeting the greater sandeel particularly those which include white and silver in their makeup.