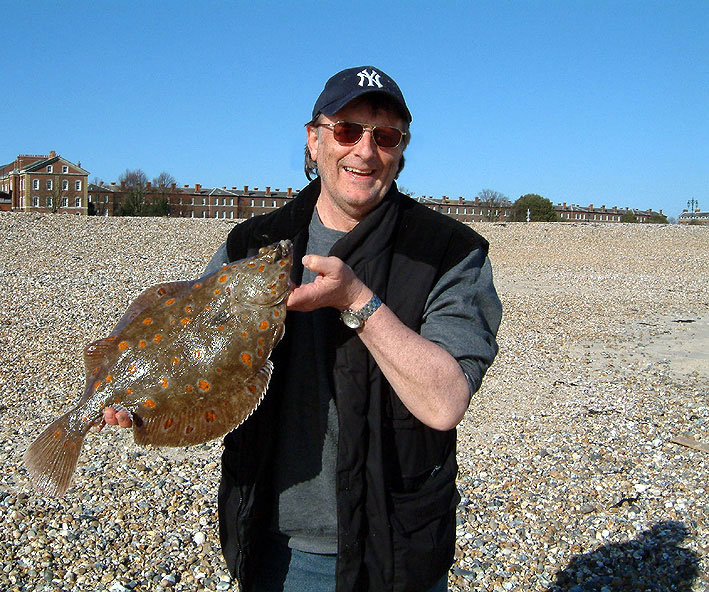 The plaice is a typical round bodied, right eyed flatfish. The upper side is a sandy brown with prominent red or orange spots. The underside is a pearlescent white. There is a line of boney knobs between the upper edge of the gill cover and the eyes.

Plaice can grow to a weight in excess of 7 kg but it’s more likely that the angler will take fish around the kilo mark from the boat and half that from the shore.

Plaice like sandy sea beds but will also inhabit muddy and gravel areas. While it will be found in depth down to 200 metres it’s most common from 10 to 50 metres. 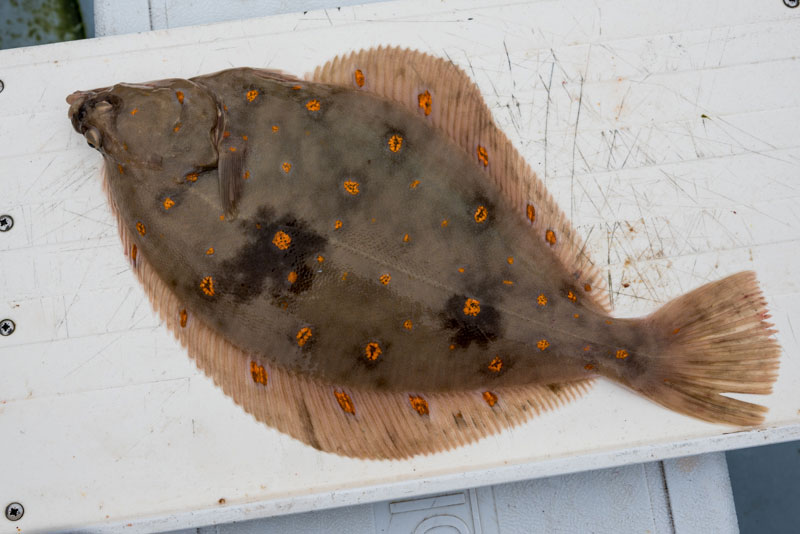 Plaice feed on a wide range of bottom living organisms including crustaceans, worms, sandeel and molluscs. They have a habit if nipping the spouts off shellfish such as razorfish.

Worms, rag, lug and white rag, are generally the first choice for the angler targeting plaice. A particular favourite is ragworm with a long thin strip of squid on the bend of the hook, a parcel of peeler crab is sometimes used at the head of the cocktail. In certain areas, particularly off the Scottish west coast islands mackerel strip can be effective. 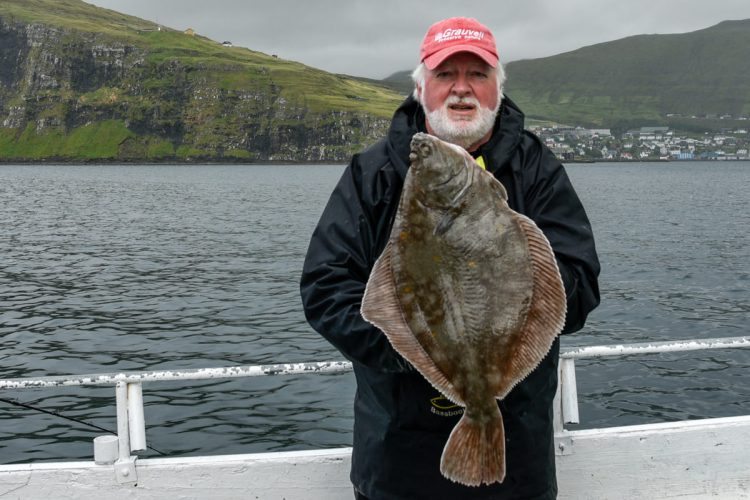