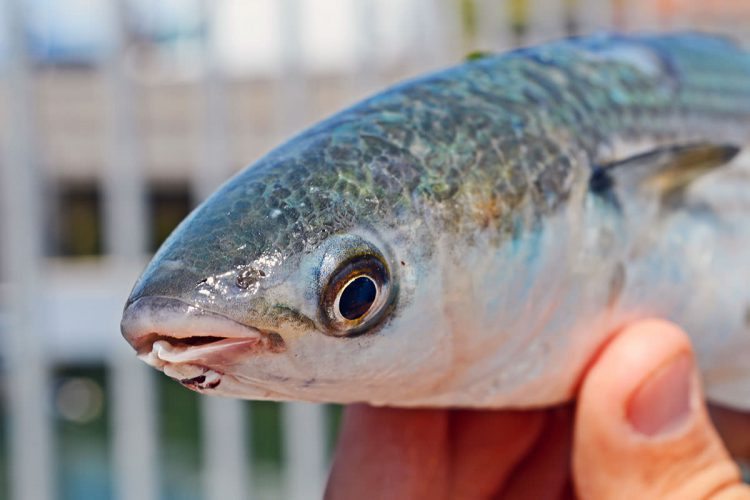 The thin-lipped mullet has the typical mullet body shape and scales. The pectoral fin does not reach the eye when folded backwards. The upper lip is less than half of the diameter of the eye in depth. There is dark spot at the base of the pectoral fin and greyish blue colour on the back merges into silver on the sides with faint grey stripes.

This mullet can reach a length of 65 cm and a weight of around 3.5 kg.

Is most common off the coast of France and the Mediterranean but ranges north to the coast of Ireland, England, the North Sea and into the Baltic Sea. It is happy in estuaries and can be found well up rivers.

It feeds on the same organisms as the thick-lipped mullet.

As for thick-lipped grey mullet.

Although not strictly lure fishing a small mepps type spoon fitted with a single hook and baited with harbour ragworm will take thin-lipped grey mullet.