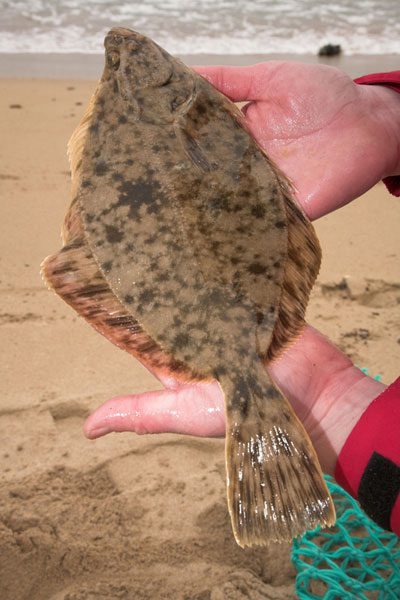 The flounder is a flatfish and normally a dull brown or greenish-brown on its upper side and occasionally faint red spots can be found. The underside is opaque and a dull white although brownish discolouration is not unusual. There are small sharp knobs along the edges of the fins and along the straight lateral line. Although the Flounder is a right-eyed flatfish it can be found with the eyes on the left side. It can hybridise with the plaice.

The flounder can attain a size of 50 cm and a weight of around 3 kg. The shore angler is more likely to find fish around the half kilo mark and any fish of over 1 kg is a good specimen. 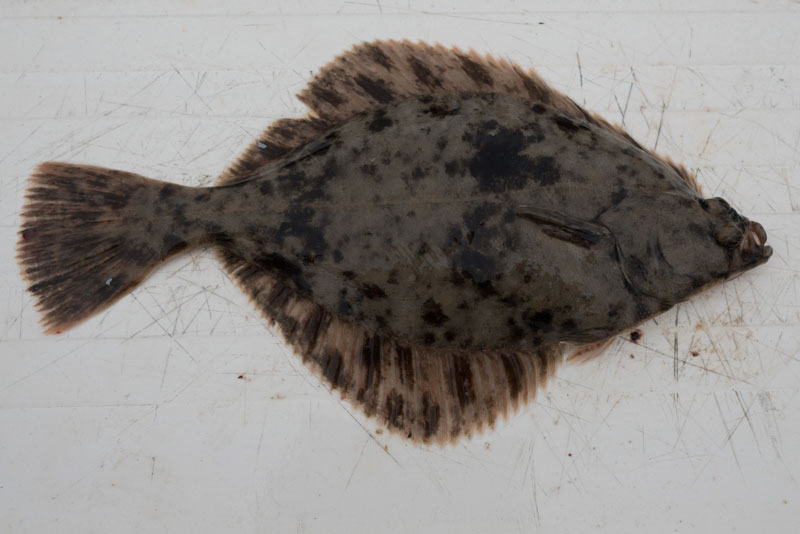 The flounder can survive in water which is only slightly saline and will happily frequent estuaries. Although it will inhabit depths of up to 50 metres the majority will be found in depths of less than 15 metres and will often be found at the angler’s feet. It tends to prefer areas where the sea bed is composed of sand or mud. It breeds in deeper water in the spring time.

Feeds on a wide range of bottom living animals including molluscs, worms and crustaceans such as sand hoppers and shrimps.

Flounders, although avid feeders can be very fussy when it comes to baits. On one venue peeler crab, in season, may be the only bait touched whereas on another beach a bunch of maddies may be the killer. Worms, either lug or rag, are generally a good bet for Flounders and can be particularly effective when cocktailed with fish strip. A strip of herring or mackerel on its own can also produce good numbers of fish at some venues. 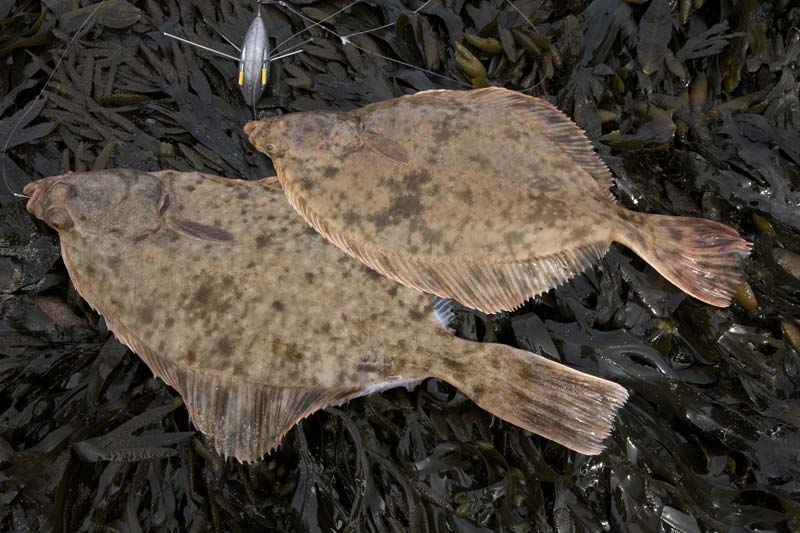