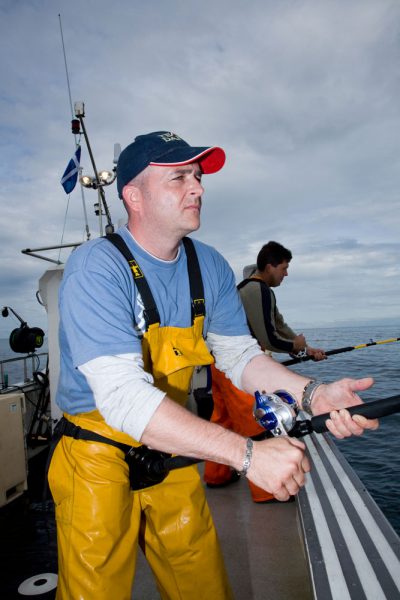 Boat fishing in the north of Shetland guarantees big fish that will quickly expose any weakness in tackle with catastrophic consequences. Inadequate gear extorts a painful physical price, often resulting in lost fish and angler tantrums. I knew this well enough having been battered black-and-blue on my last trip, while my gear was taxed to the absolute limit by a monotony of large powerful fish. My big single speed reels in particular came up short, and for this reason I took the considered plunge and armed myself with a very sexy Daiwa Saltiga 2 Speed Lever Drag multiplier for the return visit.

Three of a Kind

30, 40 and 50 size reels are offered in this facet of the Saltiga range, none of which are huge. To give a sense of scale the largest 50 size is a little larger than an ABU 7000 and about the same size as a Shimano TLD15. Examined side-by-side, the 40 and 50 size models would appear to be on a par for size, with the only obvious difference being the spool width/capacity is bigger on the 50. A high gear ratio of 6.3:1 and a lower 3.1:1 configuration applies across all three reels.

I chose the 40-size model which swallowed 300 metres of 85lb Tournament 8 Accudepth Braid and loads of backing without coming close to filling the spool. Apprehensive, I deliberately did not bulk the spool out to the limit, as I initially wanted to rein in the aggressive 6.3:1 high gear a little, and this is best achieved by under-filling the spool.

The rest of my set-up was a Daiwa TDXB 2050 boat rod and a pansy butt pad to take some of the expected strain. Battling big wreck and reef fish in well over 100 metres of water will seriously test any modestly sized reel and most would chose to tackle such a circumstance with a single hook. Call me crackers but my approach was to use a 300g Williamson speed jig and Gummi makk flier set 24 inches above for cod and coalfish, and a suitably strong two-hook bait rig with a clunking great 2lb lead for ling and torsk.

A number of cod of around 15lb fell to the jig before double-shots of powerhouse coalfish averaging 12-15lb slammed into the hooks maybe two thirds of the way down. Unlike last time when I had to fight the reel as well as the fish, the Saltiga slipped line against the pre-set UTD (Ultimate Tournament Drag) drag as needed and without any hint of stutter or jarring.

I worked off the ‘strike’ position, notching up or down on the resistance as required… and what a difference a good clean lever drag design makes! There is no fatal stop-start panicked wrestling with an awkward star wheel, which is so often the prelude to a lost fish. 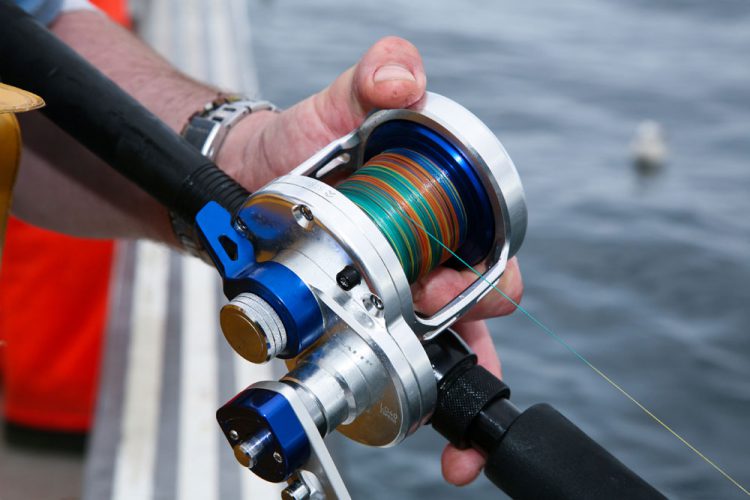 A further boon with this reel is that there is no obstructive secondary button to move to the second phase of drag beyond the strike position – simply nudge the lever forward towards sunset for extra traction. In all, I counted some 13 discernable positional drag selections between ‘free spool’ and ‘full’. Pre-setting of the drag tension is uncomplicated and achieved using the chunky dial centred on the drag lever.

I hate having to excessively lever the rod to assist line recovery as this only serves to put additional strain on hook-holds. It’s far better in my book to use the rod as a simple buffer and work the reel steadily. Actual spool size, the 6.3:1 high gearing coupled with a conservative line level, and the excellent handle design proved incredibly efficient. For the most part, I was able to retrieve fish without shifting to the vastly more powerful low gear. However, double-headers of huge ling saw me calling on the low gear on several occasions. The 3:1:1 gearing made light work of the more extreme weights and stresses during the crucial early stages, and I was usually able to flick back to higher ratio when I had steered any troublesome fish up into mid-water.

The long power handle with ergonomically shaped palm-grip supports maximum cranking efficiency and comfort. The low gear button is located in the centre of the handle assembly. Depress it and the change down is seamless. The one-touch-operation is brilliant, and there is no danger of any paralysing brain-freeze when necessity dictates split-second switching to low gear. Disengagement is likewise achieved instantly by flicking the stirrup thumb-switch, which is also strategically sited on the handle. 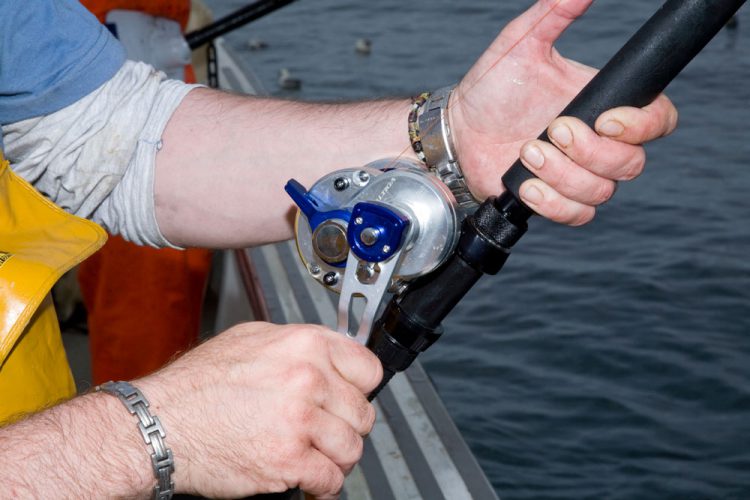 Weighing 25.5ozs the Saltiga 40 2 Speed is light enough to be held for long periods, and the difference between this reel and the one I persisted with previously was just night and day. My experience of lever drag reels generally is that for reasons of restrictive design they tend to cast like a pound of mince. This is certainly not the case with this Saltiga, which takes casting in its stride with the help of centrifugal brakes.

By the close of play the Saltiga had slugged it out with numerous large coalfish, double-figure pollack, cod to 25lb and ling to over 30lbs. I also had the opportunity to use the reel for turbot, and, over the next two days of bank fishing, I caught five big flatfish weighing between 12 and 20lb.

There is no fish swimming in British waters that the Saltiga 2 Speeds cannot subdue. Wrecking or deep-water fishing for pollack, cod, ling and conger are all instantly within this reel’s unflustered remit. Big blonde rays in strong tide, tope and substantial spurdogs will present no problems either. 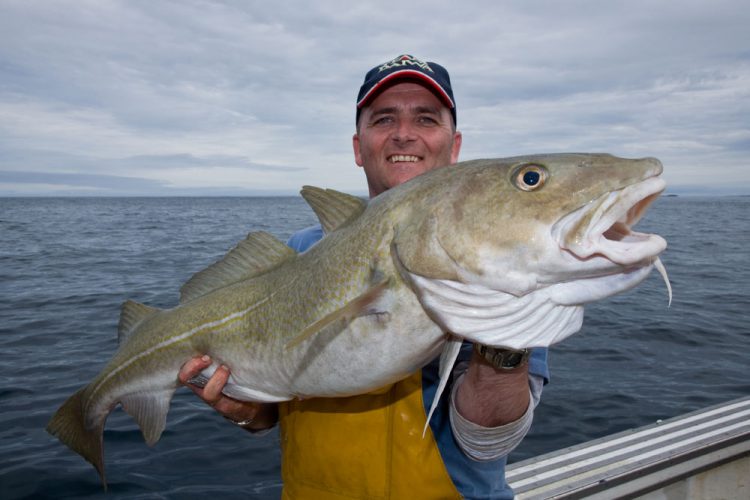 With the slickness of a Ferrari with the build quality of a Sherman tank, this is without doubt the smoothest, most powerful boat reel in this size class that I have ever handled. Wicked opulence and ultimate efficiency combined perhaps, but I make no apologies for loving it.