When I was asked if I could review the FishZone Blackrock Rhapsody 40T by an old friend of mine, Mark Oxley, who had been singing the praises about his new rod I thought why not let him tell me what he thought about it and I would put it down in words.

Mark had purchased his Blackrock Rhapsody rod from local tackle shop Deans Tackle and Guns in Clacton-on-Sea and had been raving about its qualities for months. 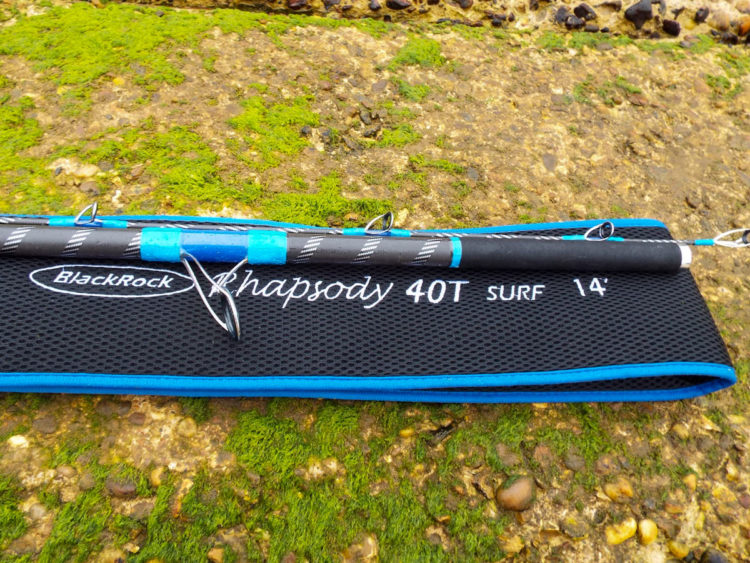 The rod itself is built from a high-grade carbon which makes for a powerful tool that can cast a lead a very long way!

The Blackrock Rhapsody is fitted with Fuji Alconite guides and Fuji reel seat fitted on a strong 18mm butt.

The tip has great bite detection and capable of casting big baits a long way. 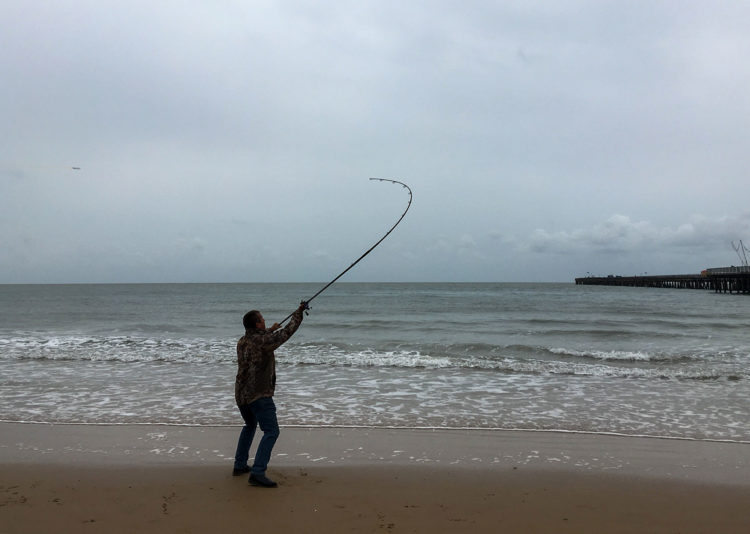 While Mark was casting the rod on the beach, it was good that I could actually stand back and watch the rod under compression and see what was going on through the different stages of the cast.

The first thing that I noticed was the Blackrock had a very quick recovery after the 5oz lead had come through the cast and was winging out to sea, the rod is rated 100g-200g and will happily cast any lead in this range. 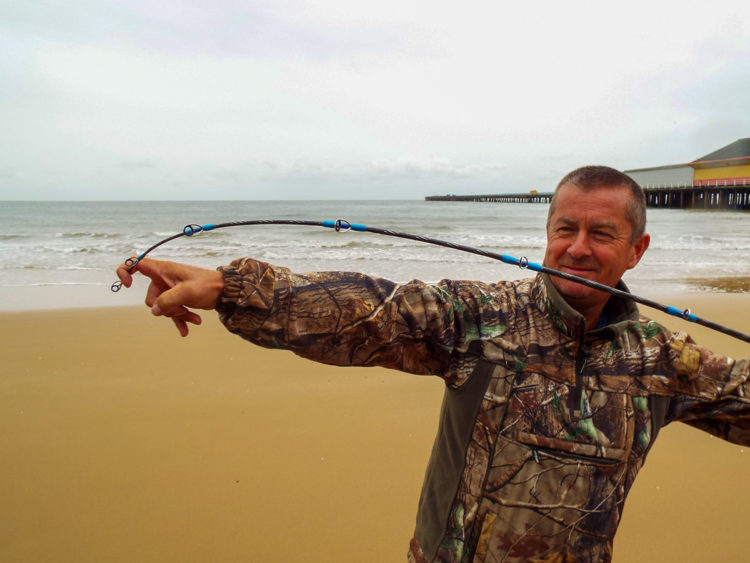 Mark has been using this rod for thornback ray off our local beaches and he told me he had no problems casting a whole calamari squid clipped down to a 5oz breakout lead, and that “reaching the rays with big baits wasn’t a problem”.

The rod itself is super slim and although an out and out beach caster it has the looks of a continental rod, so you are getting the best of both worlds. Both multiplier and fixed spool work very well. 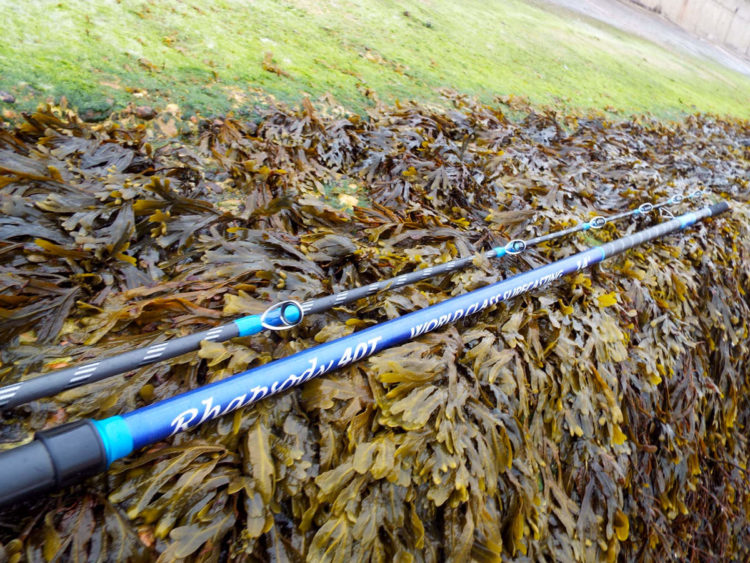 Mark put the slim 2-piece rod through its paces until his arms tired and I must admit the Blackrock Rhapsody did everything thing it was asked.

Now it was my turn to put this elegant looking rod through its paces and I don’t take any prisoners when I cast.

What I did notice straight away was the narrow diameter of the rod butt and my large hands did feel a bit strange using a multiplier reel with my hand wrapped round the winch fitting with my thumb on the reel spool, but after the first initial lob to get used to the feel of the rod I was in my element. Plenty of power in this rod and with its slimness made for a good casting experience. The rod recovered very quickly and sent the lead flying with ease into the distance. 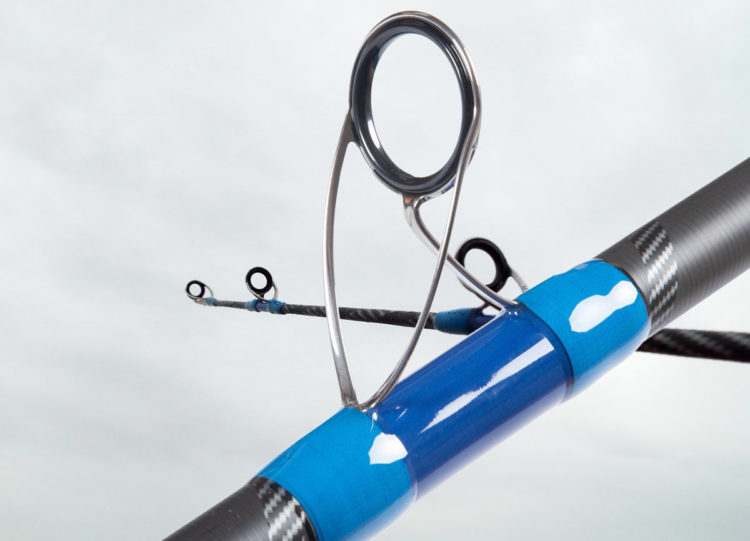 I think for my style of casting I would say a fixed spool reel would suit me better, but every angler is different and the Blackrock Rhapsody 40T certainly has a place alongside the top selling beach casters.

Mark was totally right in his thinking, plenty of quality rod here with bite detection that can pick up even the smallest fish at distance. 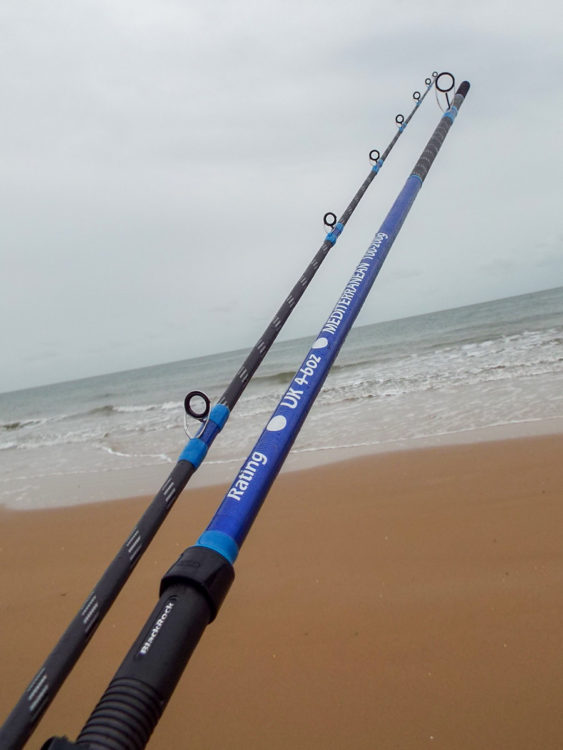 Whiting About In Numbers On Essex Coast