Whiting About In Numbers On Essex Coast

The nights have suddenly drawn in and we are now into the first throws of winter, sadly the cod have not appeared yet and I think it could be a long haul before we are back to those heady days when we were hauling in double figure cod from our East Coast.

We have learnt this week that our bass ruling of keeping one bass per session has come to and end and the IFCA have announced that from 1st November to 31st December all bass will have to be returned on a catch and release basis. It seems to me a very strange time to bring this ruling in as we are now seeing the last of the bass till next Spring.

Back to this week and the boats have seen shoals of bigger whiting turn up along with thornback rays, dogfish and late smooth hound.

Dave Hollands and Rocky Rotchell launched from the Gunfleet Boat Club ramp and reported some good size thornback rays along with dogfish and whiting. Dave lost a very big fish under the boat which was probably a very big bass! 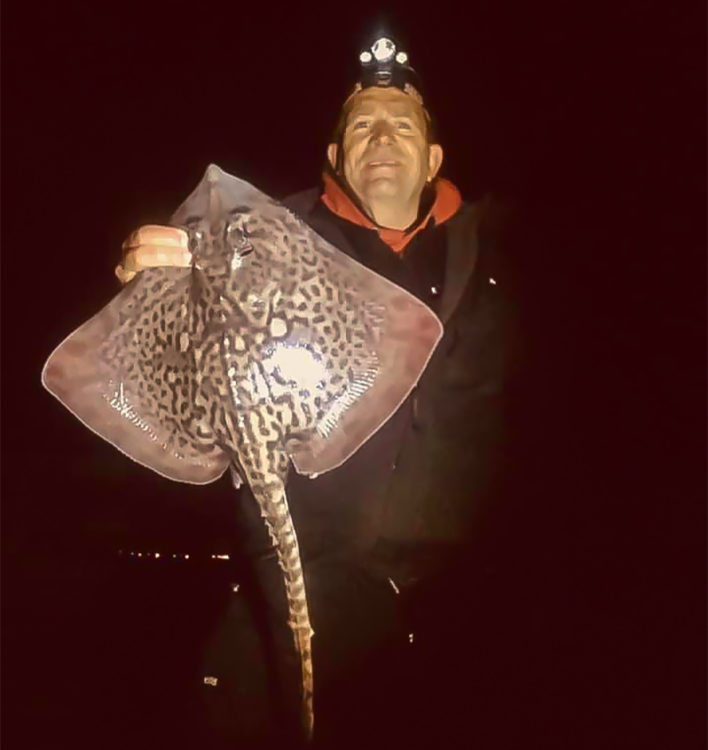 My trip to Walton Pier saw the thornback ray feeding

The beaches this week have seen those shoals of whiting feeding voraciously and it can be a struggle to find any bigger species, but after dark it can be a bite a cast and on light tackle, they can be great fun.

My trip this week was a late-night session on Walton Pier. I fished over high water and three hours of the ebb and what a great night it was. The dogfish fed for the first couple of hours and it was literally a bite every few minutes and then as the tide eased the heavy weight thornback ray came on the feed, by the time I had got home I was exhausted.

Top spot went to Rob Tuck with 43 fish for 13lb 3oz while second placed Chris Mills had 26 fish for 12lb 2oz and Mick Frost was third with 40 fish for 11lb 9oz. The heaviest fish prize went to Chris Mills with a 1lb 7oz dogfish. 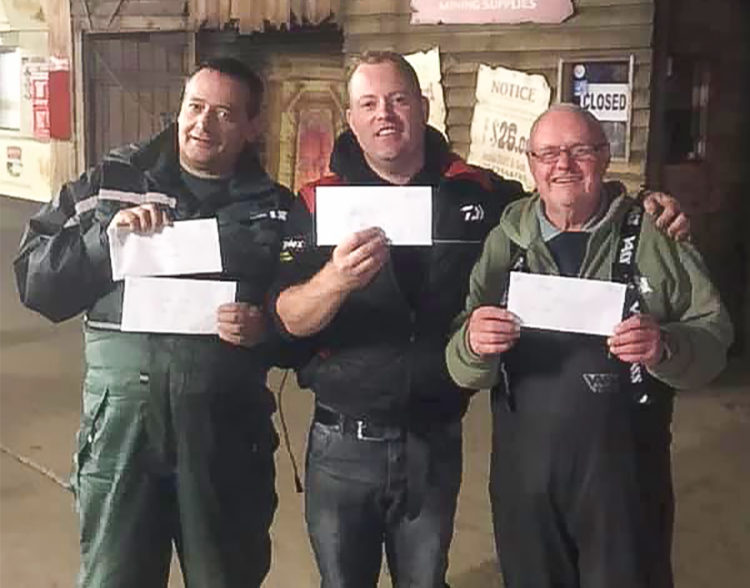 Colchester Sea Angling Club held their fifth round of the Colchester Bait and Tackle sponsored matches. They fished the Frinton beaches and once again the whiting were ready to take any bait that was put in front of them. First place went to Phil Buy with 9lb 3oz, Phil also won the heaviest fish prize with a 1lb 15oz dogfish. Second spot went to Mark Oxley 8lbs and third Lawrence Chisnall 7lb 10oz.

The heaviest flatfish prize went to Chris Mills with a 14oz flounder.

Wet And Windy Week On The Fylde Coast