Steve Souter has no liking for cheap and nasty butt pads for big fish work, but the Fight Belt from Savage Gear is a rather different animal. 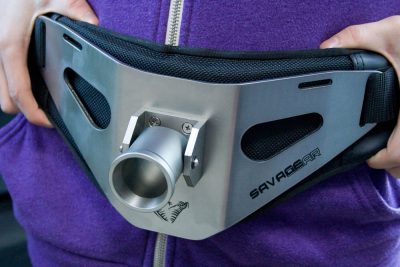 A butt pad or sissy belt, as it is sometimes affectionately known in testosterone-charged circles, is not something worn in the course of everyday boat fishing. But if fishing Norway or northern Shetland, or deep water wrecking anywhere where big fish are the norm, then a good Nancy pad is an essential piece of pain-avoiding protective kit.

Cheap plastic pads leave an awful lot to be desired, and litter tackle shops and websites. Routinely poor design dictates that many are useless fiddly things that don’t stay put when worn, and actually promote rod butt turning rather than prevent it. Often, the all-important receiver cup is too shallow and lacking a gimbal-locking pin, while the securing waist-belts tend to be pathetically thin, flimsy and nightmarish to alter in play. That said, spending really serious cash on a bone fide big game belt or pad from a quality company such as Braid is hard to justify against an item that might only be used once or twice a year. The Fight Belt from Savage Gear offers an effective solution to the woes described without any monstrous price tag.

Made from machine cut aluminium this well considered belt is incredibly strong and surprisingly light to wear. A wide heavy-duty webbing waistband hugs the body and locks with a strong Velcro fastening that is secure, quick to throw on, alter or remove. 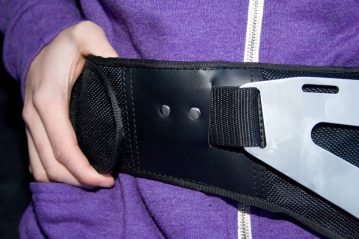 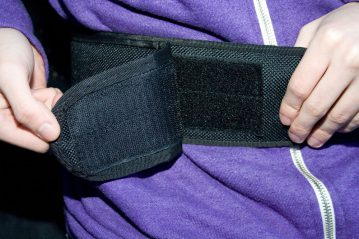 The shaped all-metal fighting plate is secured with stud-locked straps and backs against a flexible and generously padded front base section. The deep receiving cup is fitted with a solid low pin to ensure accommodation of both standard rod butts or slotted gimbal fittings. Crucially, the cup is set on a smooth hinged pivot that tilts between fully horizontal and vertical to assist rod pumping. 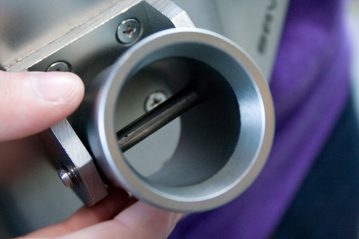 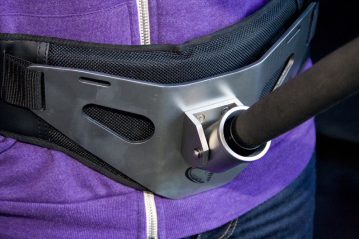 With no obvious operational flaws, irritating buckles or straps to wrestle the Fight Belt displays the thoughtful design, style and quality expected from Savage Gear. It conveniently packs down neatly into the deluxe carry-bag supplied and occupies little space in a bag or tackle box. The recommended price is £79.99 but it’s available from Glasgow Angling Centre for £69.99.