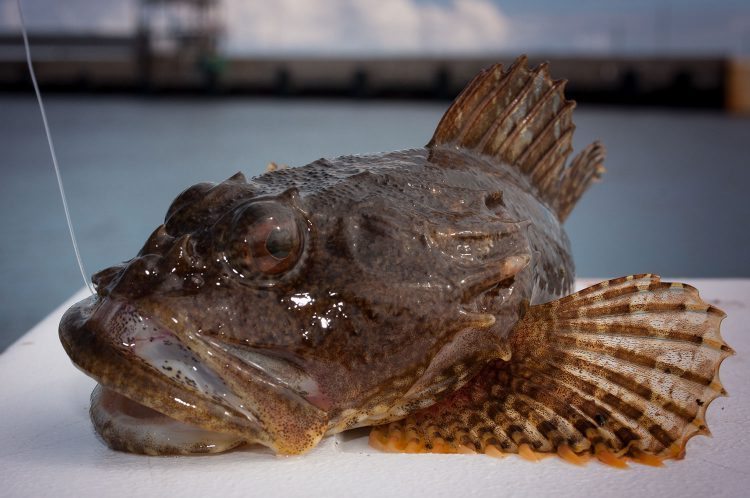 This member of the sculpin family is one of the largest found in European waters. It has a large head and rounded body which tapers down to the tail fin. The mouth is very large for the size of the fish. It has two short spines on the anterior opercula bone and one larger one on the gill cover. The gill covers are connected on the underside by a fleshy membrane. There are also numerous small spines on either side of the lateral line. The colouration varies from red on the belly of the male to more orange on the female and there are several white spots. The back is generally a greenish brown with darker blotches.

The short spined sea scorpion can reach lengths of around 60 cm in northern waters and can reach weights of over 2 kilos. 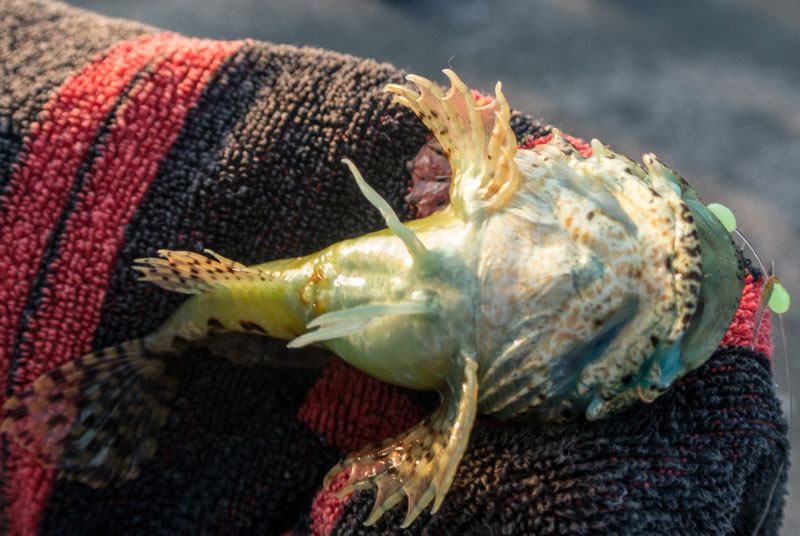 Found in cooler waters from the English Channel to inside the Arctic Circle. Can be found from the shoreline to depths of 60 metres and it is found over a mixture of different sea beds.

This species of sea scorpion feeds on small fish and crustaceans.

Worms, mussels and fish baits are effective for this species. 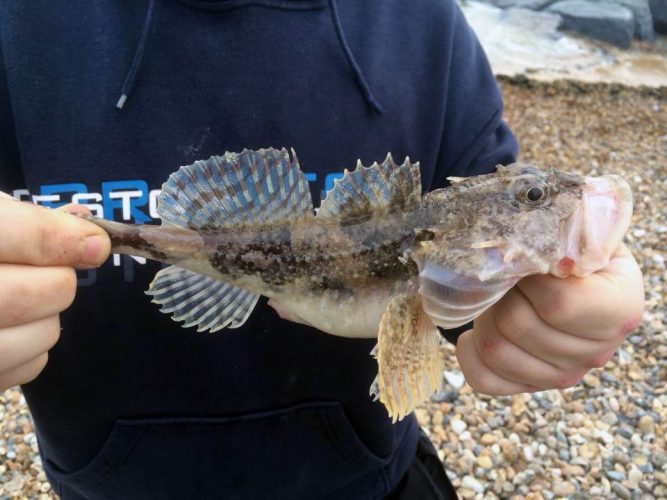 Thanks to Daniel Young for the photo