“My Fishing Journal” is a smart phone app developed by K10 Studios and targeted at the recreational angler who wants to record their angling catches without the need for paper records.

K10 Studios simply describe this app as “The quick and easy way to record all your catches, no matter what your discipline…and then analyse your data to produce statistics to help you identify your most successful area”.

The app is free to download from the App store and has a file size of 1.4MB, so shouldn’t clog up your iPhone memory and will take only moments to download. Once downloaded the app is relatively easy to understand and use. 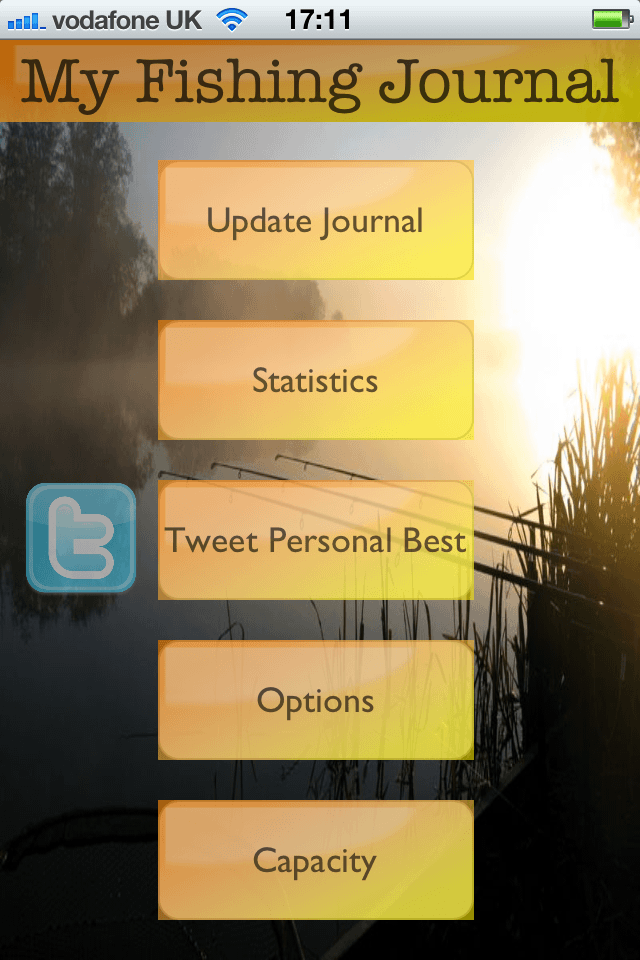 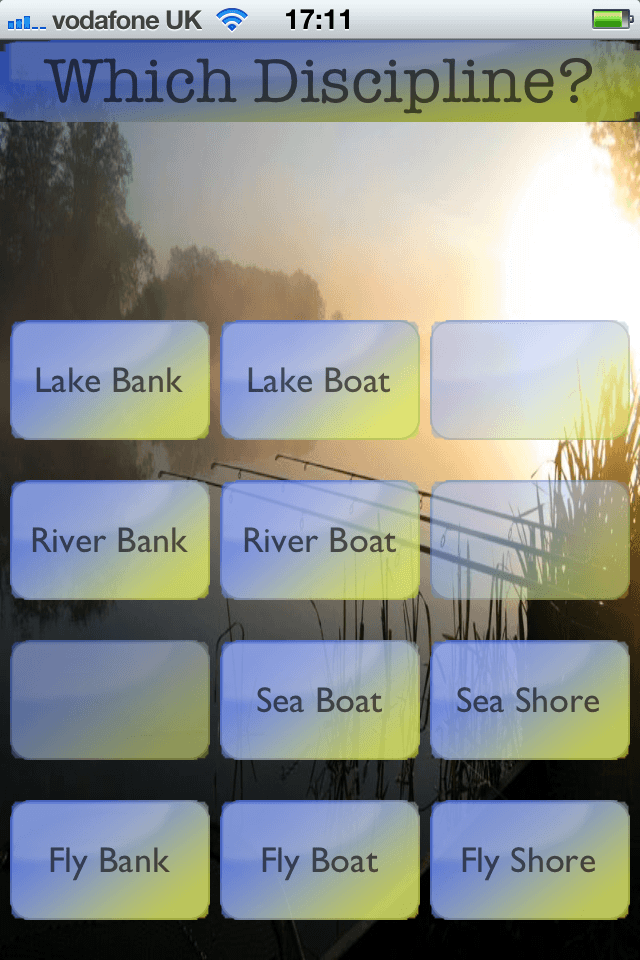 Starting at the beginning an entering your first catch record, the user enters the “Update Journal” section which will then present a choice of angling disciplines. The user chooses there discipline and is presented with a log table for recording the catch information. The log table allows you to input a large range of factors relative to your catch, such as species, weight, wind speed and angling method. You can also record your exact location by using the in-built location services of the iPhone through the app to record your latitude and longitude.

The user can also tag a photo of their catch from either a previous photo in there library or be directed through the app to take a new one with the camera phone. Once the user has entered all their data into the log table, the entry is saved and is stored on the phone memory. Each entry can later be returned to and amended as necessary or additional information added that was not available at the time. This is however where the cost of running the app kicks in with the free download only having the ability to enter 5 free entries with additional entry packs being available to purchase through the app store (currently a modest £1.49 for 50 entries).

Once the user has used this app and started recording catches the “Statistics” section can be used to review total and average catch weights as well the most effective methods used and any trend within the associated factors input in the catch logs. 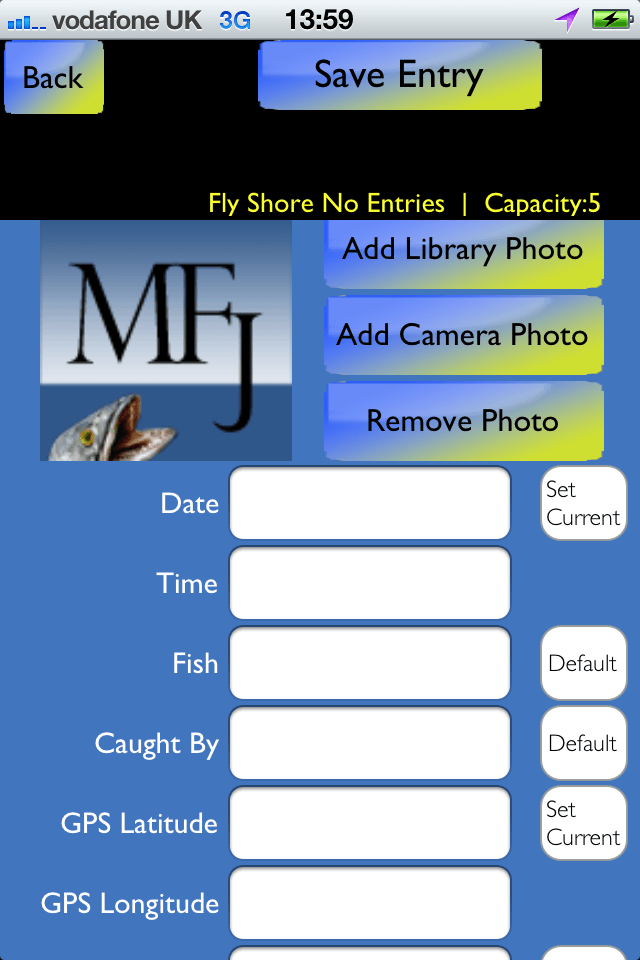 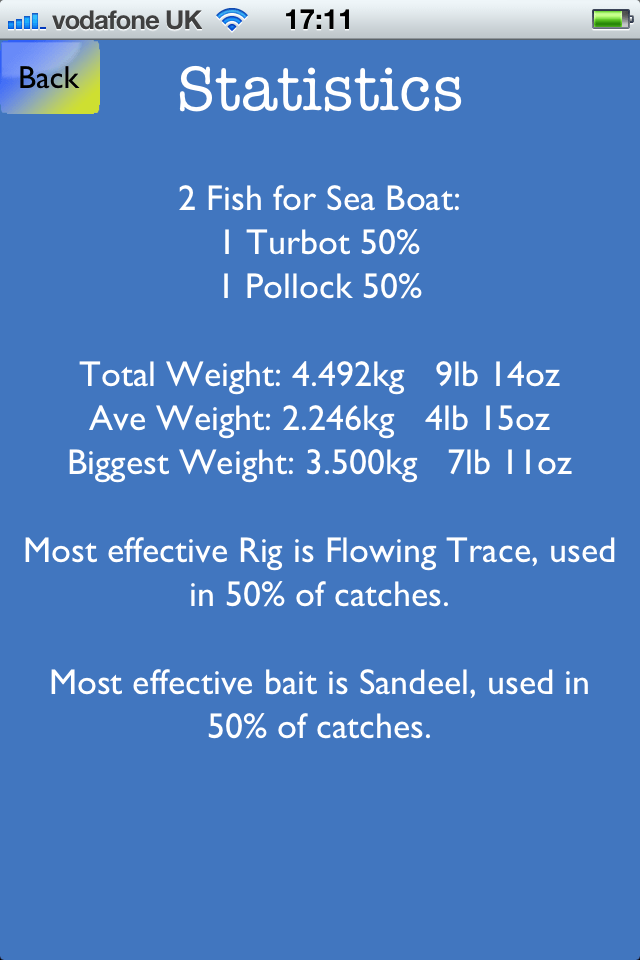 For the angler who also enjoys social networking there is one last function which will be useful. The app has an inbuilt function which allows the user to “TWEET” there catch online. This is simply done by entering the “Tweet Personal Best” Section and choosing which of your catch records you wish to tweet about.

This app could be a useful tool for the specimen angler in any discipline. The ability to record catches quickly, efficiently and without the need to try and write the information down will save the well-known head scratching that many anglers experience trying to remember what was happening when they caught that fish. The ability to review your catches over time and relate specific factors will help the angler to hopefully achieve better catches in the future. This app would however not be as useful for the angler who is interested in high volumes of fish as the ability to record overall session catches in one go is not in-built and would be a time consuming exercise on a fish by fish basis. It would also be useful to have an export function for all the data stored within the app, which could then be saved to a computer in a standard database format. 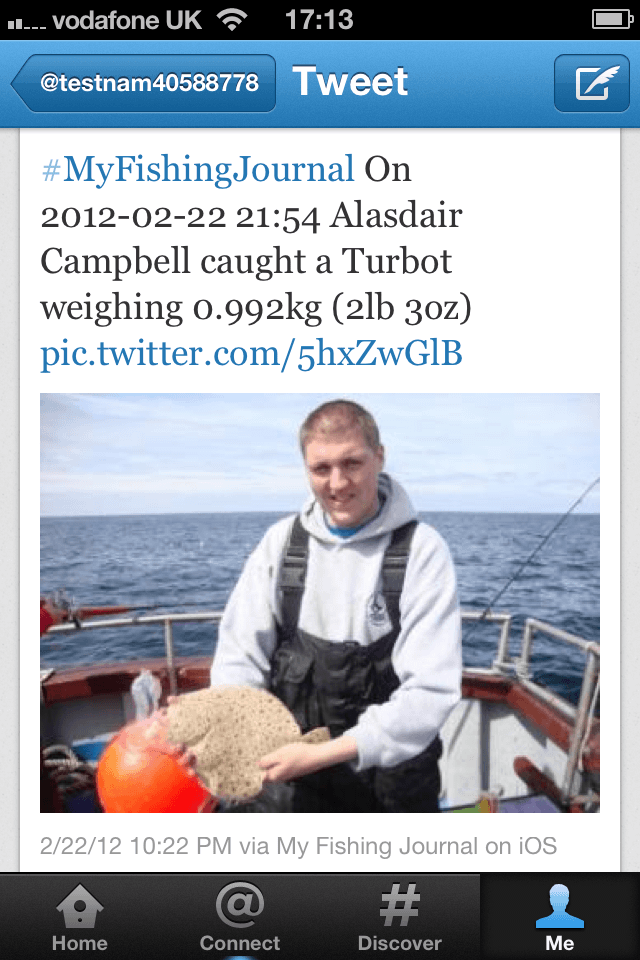 However the most attractive use of this app is the automatic social networking ability with many modern anglers enjoying sharing their catches online for the world to view and adding other social networks to the apps functionality would further improve its usability. Overall this app and others like it will almost certainly begin to become a useful part of the angler’s toolkit, especially those who want to catch bigger and better fish and share their catches with others. The app also works on the iPad although screens are displayed at the iPhone resolution.