The first leg of the Rite Gear Estuary Championships was held at Kings Lynn fishing on the east bank of the river Great Ouse. Although attendance was lower than expected with 17 of the league away at various other competitions around the country, such as the Ramsey Angling Festival and International duties in France, the match still attracted a respectable turnout of 26 anglers chasing prize money of just under £500.

The weather was unusually calm and warm before the 10am start but turned rather windy and a bit on the chilly side during the match. The main target species for the competitors would be flounders but they were also hoping for an early eel or two so tactics varied along the match stretch. Crab baits were the predominant choice with maddies and lugworm as backup.

From the off it became clear that this would be a tough match with very few fish and zero crab activity with baits coming back almost as good as they were cast out; this was probably due to the amount of rain over the last few weeks. As the match progressed several anglers were catching the odd good flounder up to 31cm and a few eels also made an appearance for several of the rods. 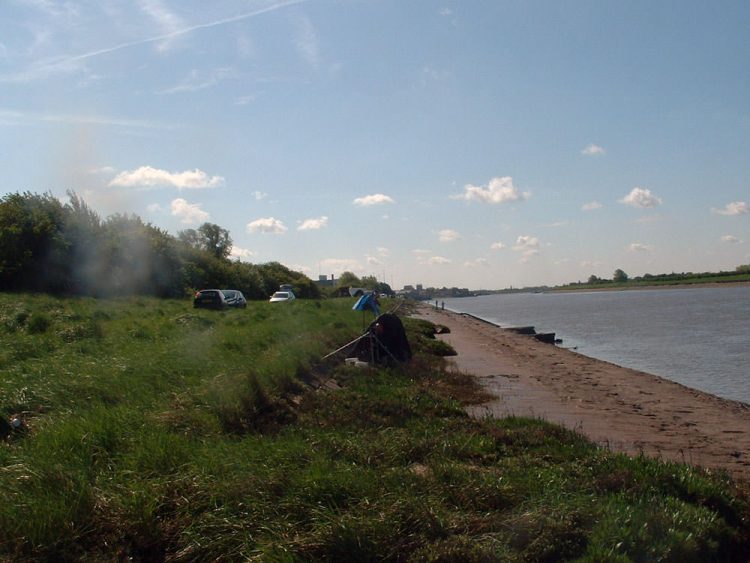 In total 61 fish were caught with only 6 anglers returning an empty score card, but man of the match was Grimsby angler George Smith who took the honours with an excellent eight fish for at total weight of 3lb 3 oz. Some distance behind in second place with five eels for 1lb 13½oz was Lowestoft angler Mark Sharman, both anglers were in B section and they also took first and 2nd place in that section.

Third place overall went to Stephen Boyce, from Lowestoft, whose practice sessions last year in the river seem to have paid off, he managed three fish weighing 1lb 10½oz .

The match was very tight between the top ten anglers on the day with an ounce or less separating those competitors and you really needed the odd bonus fish to give you a boost up the positions.

A Section was won by Stephen Boyce, who finished third overall, and his weight of 1lb 10½oz was just one and half ounces ahead of the Section’s second placed Kevin Sealey.

Heaviest Flat on the day was shared between, George Smith, Scott Richardson of Squids ‘n Baits and Dave Read all with flounders of 31cm. The heaviest eel of the day weighed in at 1lb 2oz and fell to Avenue Angling team member Trevor Elliot.

With most anglers back for the 2nd match at Sutton Bridge and only 7 places available in the league it’s all to fish for and with excellent payouts its worthwhile attending for each open as well as the overall league. The Mystery Pairs will be drawn after the next match.