Jig-heads for mounting soft baits are an integral if not essential part of of the light rock fisherman’s kit. John Francis Costello runs the rule of three top jig-head patterns for your consideration.

I regularly use various jig-heads and have come to value them with so many different rock fishing lures. I received three types of jig-head hooks for trialling, including the incredibly sharp Decoy Rocket Plus pattern. These hooks are shaped for straight drops and straight retrieves. They attach to plastics and retain them easily, unlike many other popular and frustrating soft lure hook patterns. A small spot of plastic and paint holds soft plastics in place very well. 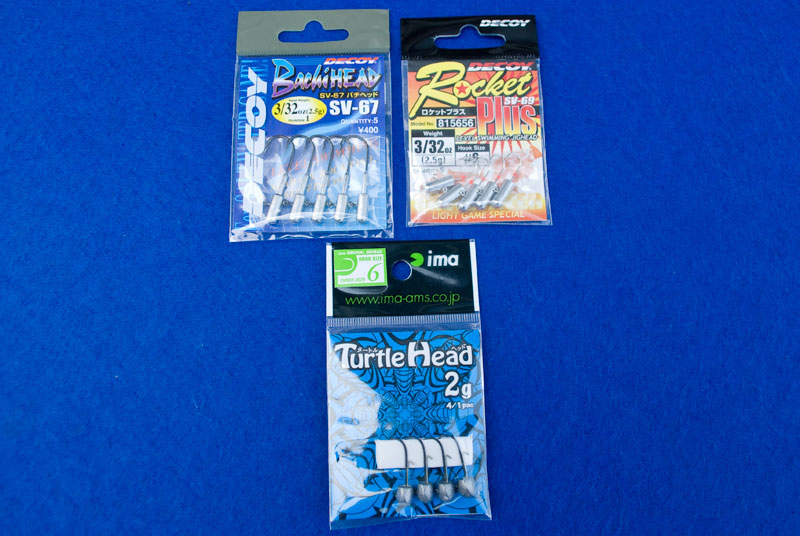 Decoy Rocket Plus hooks are strong in the wire and I firmly believe that this strength and their shape resulted in minimal tackles losses across the sessions I fished with them. I used these mounts to great effect on the drop for pollack off harbour walls and with slow retrieves for wrasse and bass. My successful lures with the Decoy Rocket Plus jig-heads were Power Isomes, the Eco Gear SS Minnow and Trout Sbiros.

These smart hooks are specifically designed with the LRF fisherman in mind and are not just a downsized rehash of some existing product. And it is strangely refreshing to know that a forward thinking designer has taken the time to create a strategic jig-head that fits and works well with the tiny LRF lures people like me like to use.

I had these in size 1, and at first glance, they looked on the large size for my idea of true Light Rock Fishing… but looks are sometimes a deception and my first impressions were wrong. In fact I learned a new trick or two with particularly ballan  wrasse when using these particular jigs. 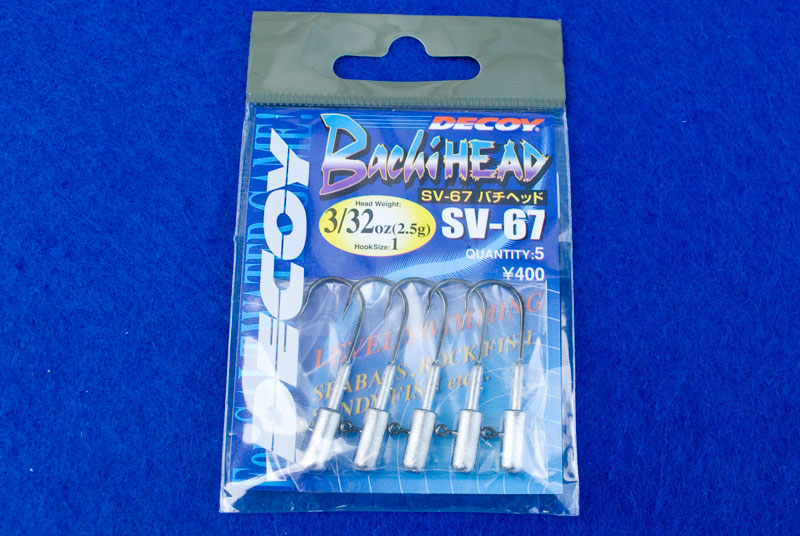 The Bachihead carries a little bump on the hook similar to the previous Decoy Rocket, which functions just as well as on the former when it comes to secure retention of the plastic bait. Hook sharpness is fabulously dangerous and the points are very well formed.

A small 4-inch Slugo bait was ideally suited to the Bachihead shape. These jigs assist the very natural slow falling action indicative of the Slugo. Similarly, there was no impeding of the ‘slow fall’ descent of other lures such as a small Xslayer or Senko style soft plastics. The jig-mounted plastics proved deadly for generously sized pollack and wrasse. Where I discovered the Bachihead really excelled was when carrying my Eco Gear Bug Ants hard down on the bottom. These jig-heads really gave these lures a life of their own with a simple twitch on the bottom. I found a very slow retrieve with the odd twitch was the downfall of a catalogue of good ballans – this stood out and the size 1 hooks were perfect for the task.

In describing the IMA Turtleheads I have arguably left the best until last. The Turtlehead jig properly looks the part is impressive straight from the packet. An independent retaining spike runs parallel to the shank of the hook and is designed to align and retain soft plastic lures in the fishing position by impaling them on the ‘keeper’ spike and the hook. 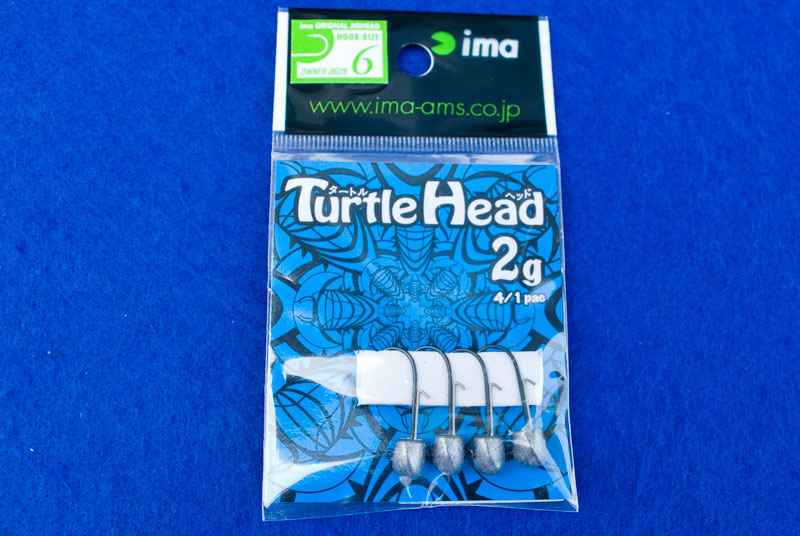 Done thus, the resulting lure aspect and action is absolutely lifelike and true to the design of the carried lure. I found the keeper facility advantageous in the ‘weedless’ rigging of delicate plastics such as the smaller Power Isomes.

The hooks on these jig-heads are very fine and great for soft LRF lures. However, the strength of the hooks defies its slenderness and size. The Turtleheads are certainly strong enough to pull through heavy weed but will bend out of really tough snags. My tackle loses were almost zero with these hooks.

Turtleheads worked well with all the lures I tried. They also fish equally well on the drop and retrieve. Again, a slow retrieve worked best with but I did catch a lot of herring and pollack working these jigs high in the water on medium and fast retrieves. Turtleheads proved great jig-head for all the various mini species on the drop method along harbour walls, and bagging everything from goby to wrasse. 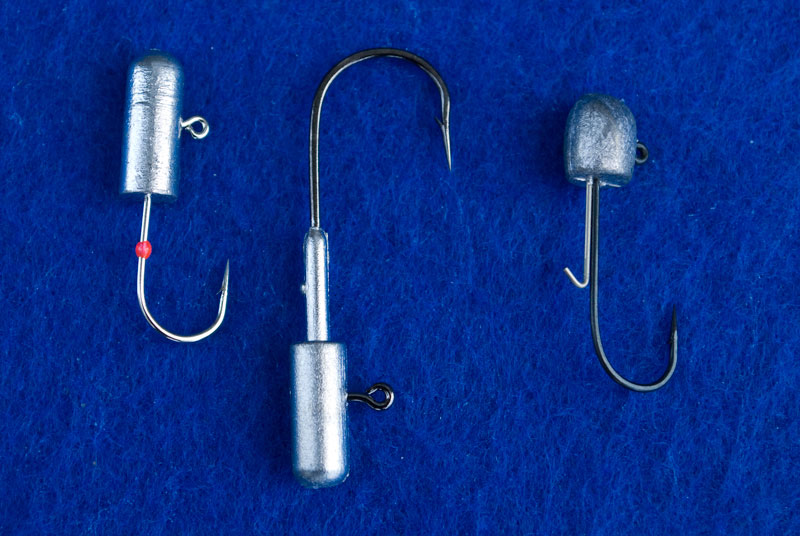 The jig-heads can be purchased from the BassLures and Art of Fishing online shops.