Spurdogs, or spurs for short, are not difficult to accurately identify. The upper body is dark grey, usually with a dash of white spots, while the belly area is white. The fish’s signature and most noticeable feature is a nasty, protruding single spine at the front of each of the two dorsal fins. The skin is rough and can badly rasp unprotected skin if care isn’t taken, while the razor-sharp teeth can inflict a horrible wound and will easily bite through light rig lines. 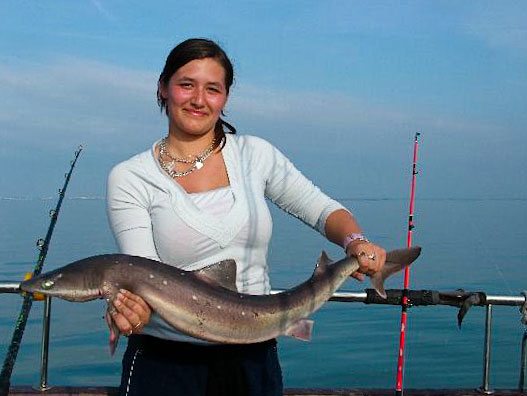 Spurs are genuine sharks, and often encountered in large packs, usually of the same age, sex and size. Studies have shown spurdogs to be highly migratory, moving areas; sometimes travelling big distances when chasing food or to reproduce. Like all smaller shark species found around the UK, spurdogs are mainly fish eaters, with likes of mackerel, herring, whiting and pouting all figuring in their everyday diet. Spurs are mid-water to bottom feeders and they are particularly vulnerable to commercial exploitation. With spurs less plentiful in recent years, most fish caught in the North Wales area have been taken on bottom baits. In fact, North Wales charter boats encounter excellent catches of spurdogs which are mainly found in deep water and around the wrecks within easy reach of the various ports. Mackerel and squid are excellent baits.

I normally recommend fishing single hook rigs made with at least 150lb heavy commercial mono rather than wire for spurs. This simply because we get some huge fish, and because having strings of big spurs thrashing about the deck, spiking anglers and me is neither clever or fun. Holyhead Deep produces plenty of big double figures spurs, and it wouldn’t be unusually to return 50 specimen-sized spurdogs in a day, alongside a good showing of huss and tope. In April 2008, local angler, Paul Whittle, caught and released a new Welsh record spurdog of 19lb 13oz during an early season trip aboard My Way. And there have been numerous record threatening spurs on the boat since. Bigger fish have certainly been recorded, and the Welsh Federation of Sea Anglers sensibly adopts a Catch & Release policy to allow specimen and record claims to be submitted without any need to kill the evidence. 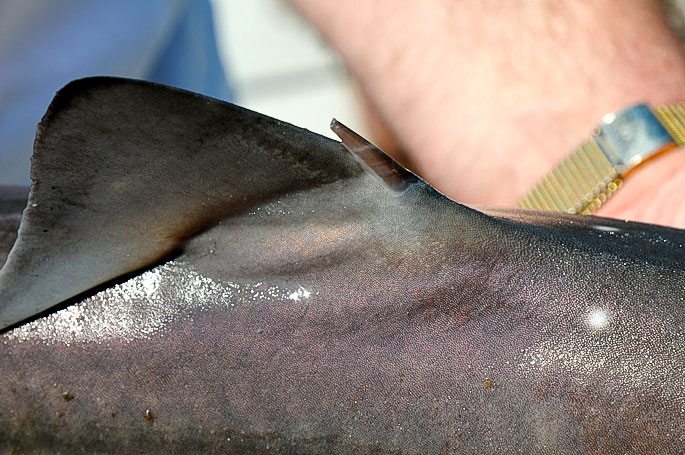 Spurdog numbers off the Welsh coast are still perilously low compared with the quantities seen during the late 1970’s and early 80’s. However the migratory population is slowly improving, and there has been a mini revival these last couple of seasons. In December 2005, the European Parliament made a landmark decision and banned commercial fishing for spurdogs, with only a 5% by-catch allowed. With adherence and luck this will see the return of the once prolific packs that were once foolishly taken for granted and brutally exploited without thought for the future. It is my hope that history has taught commercial fishermen and this generation of boat anglers that our spurdog are a precious and limited resource that needs to respected and cared for. Times have changed thank goodness, with most charter boats insisting that all spurdogs are returned alive. 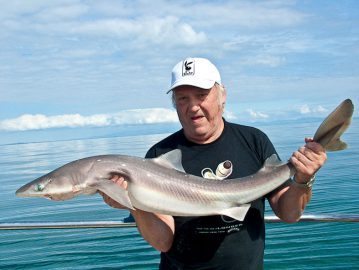 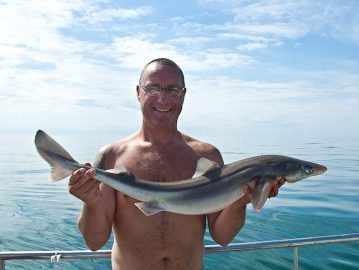 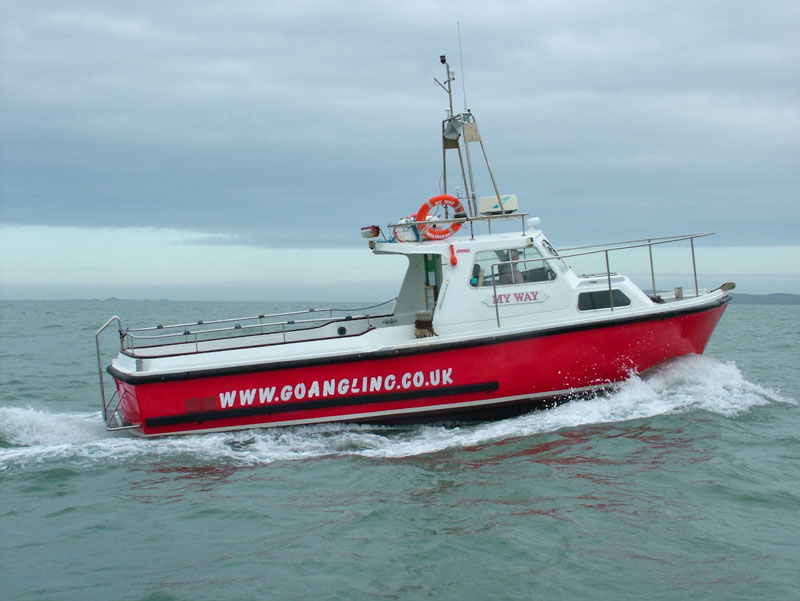 For more information, regular catch updates and booking availability visit Gethyn Owen’s Go Angling website, and why not sign up to the ‘My Way’ Facebook page.