Fail to prepare, prepare to fail or so the saying goes. My recent trip along the north coast might not have fallen into the preparation trap but it did show that you should always expect the unexpected.

Last July I was out wandering with the camera and came across a wee beach, which if not in the middle of nowhere is at the least off the beaten track. Achininiver beach sits to the north west of Talmine on the outer reaches of the Kyle of Tongue. The beach itself is not at the road end but the branches of the narrow single track road that passes it all peter out in hills and peat bogs.

Its remoteness means that it doesn’t see a lot of passing traffic, even NC500 camper vans seem to avoid it. 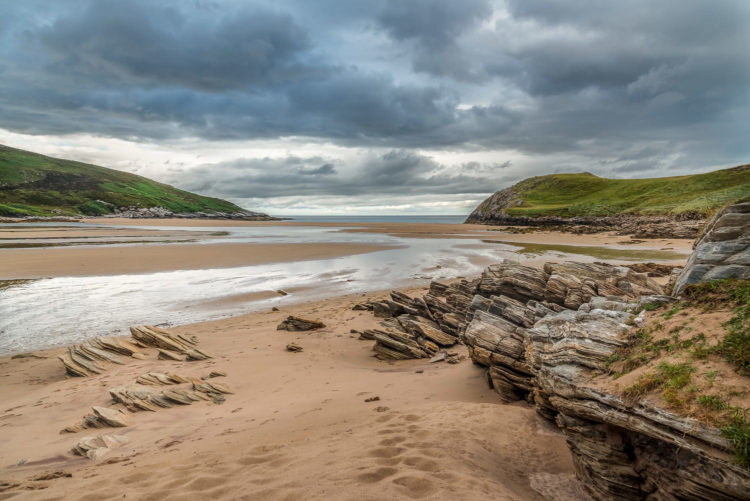 The beach looked well worth a cast for flatfish with a sandbar down at the opening to the bay and a burn which dispersed across the sand flats.

With a decent forecast and a free day I headed up this September to see if reality matched fishing expectations.

On arriving at the roadside parking spot it was obvious that there had been big changes over the past year and a bit. 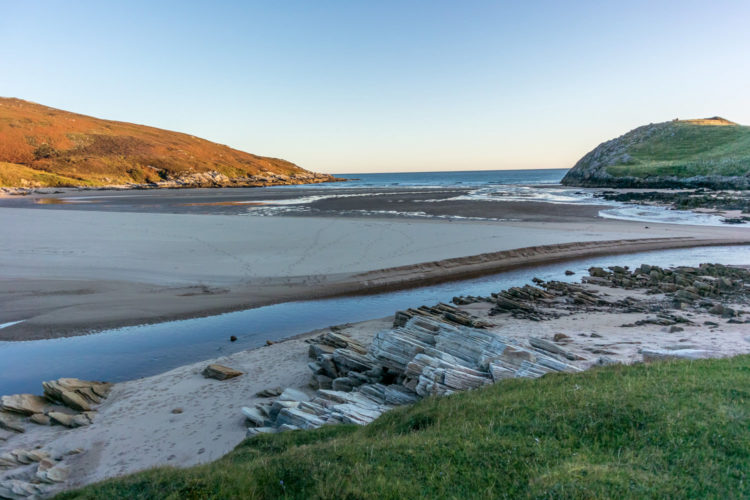 The burn has now formed a deep cut behind the sandbank

The burn was now upgraded to small river and formed a deep cut running more or less across the whole width of the bay from west to east. To make things worse the previously distant sandbar had moved from the mouth of the inlet to well up into the upper third of the beach.

The additional water filling the burn combined with the relocated sandbar provided an effective barrier until down at more or less the low water mark where the freshwater ceased cutting into the sand and spread over the beach. 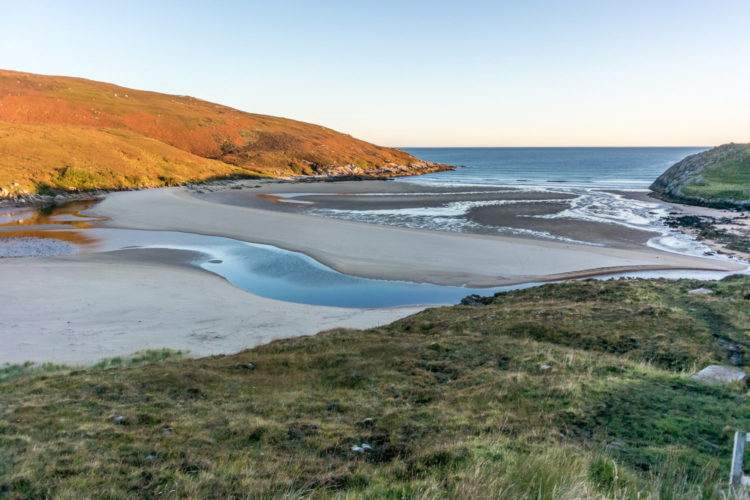 Not having packed any waders I could see that my choices for fishing were going to be limited. I could risk paddling over the dispersed area in my short wellies to the main beach section but this posed the risk of either having to roll my trousers up and wade back at the end of the session or wait for the neap tide to recede on the dwindling sandbank.

Discretion Is The Better Part Of Valour

Having been caught out with wellies filled on a couple of occasions I decided to just fish close the eastern margins where I wouldn’t have to cross the burn.

This plan worked after a fashion, admittedly with only small flounders falling to the mackerel strips.  I was constantly pushed up the beach among the weed and rocks as the incoming tide pushed swiftly up the cut formed by the burn. Like a lot of beach where rivers and burns flow over them the freshwater also percolates under the sand resulting in some soft, very dodgy patches  at the water’s edge. 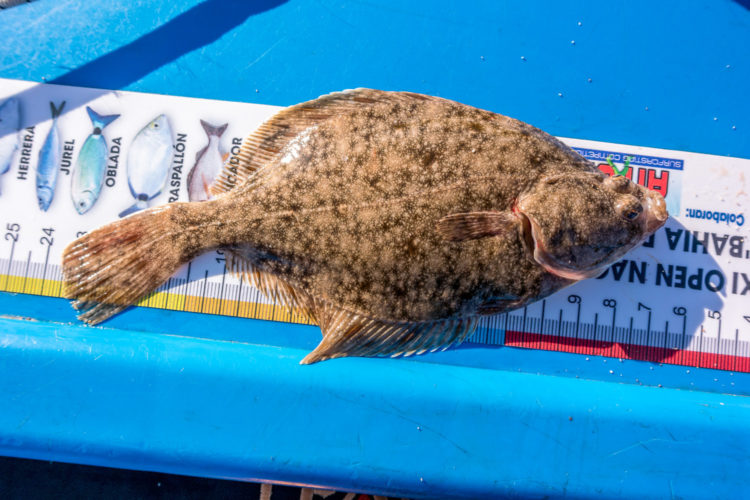 I spent the last hour actually casting over the top of the sandbank to reach open water.

It was frustrating to see the gulleys and sandbank scour filling nicely as the tide flooded. The beach does look really fishy.

I will return to Acininiver another day next spring with waders donned to fish the beach from the middle to the west side. 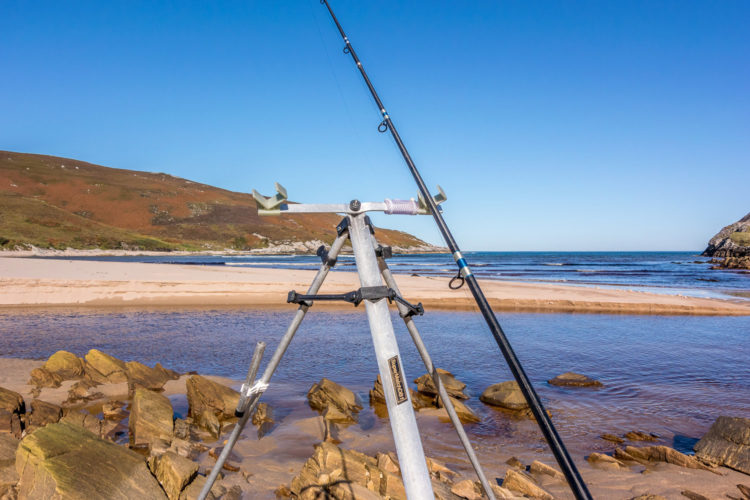 Fishing over the sandbank

Although, knowing my luck winter storms will have shifted the beach layout once again but this time I will have a plan B to ensure the 100 mile round trip is not wasted.

Lee And Archie Enjoy Their Day At Cleveleys