Awoke early this morning to the sun streaming through the window and so I decided to use up the remaining bait from yesterday’s blank session and search for dabs and other species. 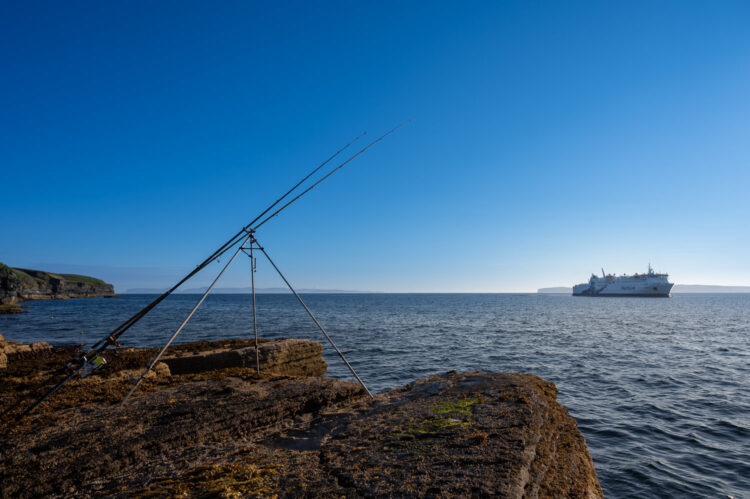 As the rocks would be quiet early morning I headed for the ledges just north of Scrabster lighthouse. I rigged up my Daiwa High Performance Match and Penn 525 Mag 2 with a 3/0 Mustad Ultra Point hook pennel setup using Trident rig components. The second rod would be my Grauvell Surf One and Daiwa Crosscast Surf 45 with size 1 UK Hooks Gold Eagle Claw Aberdeens on a three hook flapper rig to target dabs. 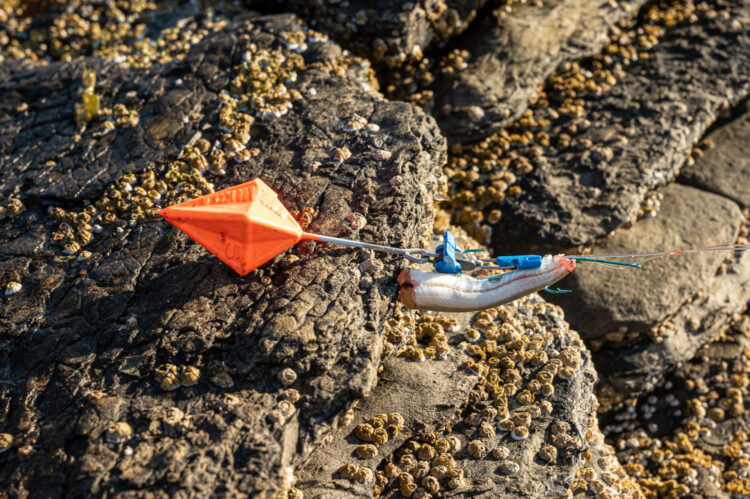 For bait I had leftover mackerel, squid and sandeel which would suffice for the likely species.

Straight from the off the rod tips were rattling away as a constant stream of dabs hit the baits. Even the pennel rigs were coming back in with both big squid and chunks of launce reduced to tatters in ten minutes or less. 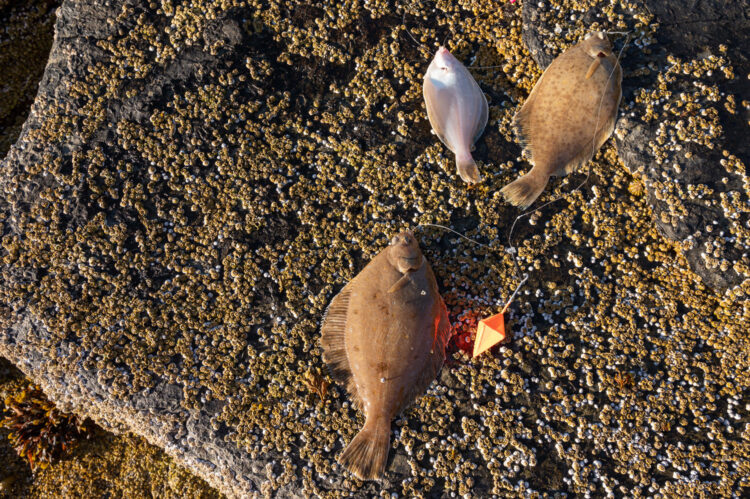 Some of the dabs were decent size but these were mixed in with undersized specimens. 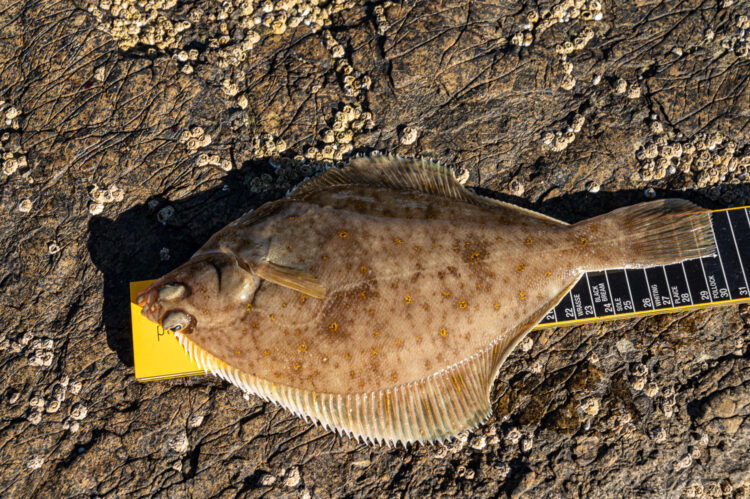 One of the larger dabs

Unfortunately, no other species stood a chance as the voracious flatfish pounced on any bait presented on the seabed.

Another couple of anglers arrived and fished feathers for mackerel but without success. 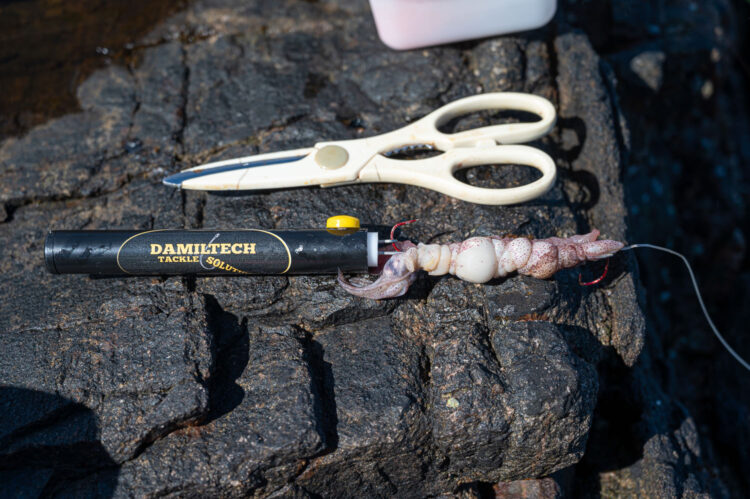 Even the big baits were shredded

The rising tide pushed me off the ledges well before midday. All the dabs were returned after photos and being allowed to recover in rock pools.