At last the high temperatures have gone, and we are now left with a more ambient weather pattern, which suits both anglers and fish alike. The beaches are still crowded during daylight hours so for fishing it has to be early morning or late evening when the venues are quieter.

Colchester Sea Angling club headed along to the Suffolk coast to fish the Dunwich beaches for their latest sponsored Colchester Bait and Tackle Sole Only match. 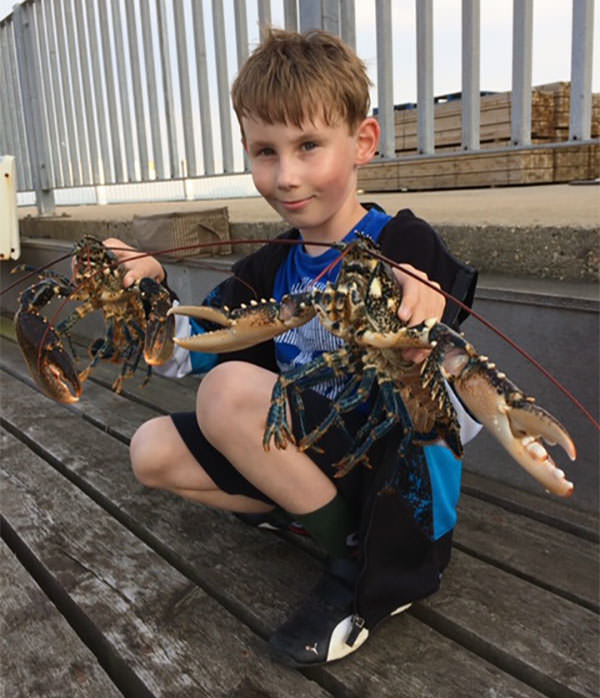 Young Nathaneil Williams fished Walton Pier with his Grandad Peter Binks, during the trip he landed these two fine lobsters

18 anglers fished 7pm till midnight and hopes were high for a sole or two. Every competitor caught fish and the majority caught at least one sole. In fact, 18 sole were caught.

The final winner of the sole challenge was Craig Buy with a catch of three sole for 1lb 14oz, second place went to new member Craig Wallis with two sole weighing 1lb 1oz and third placed Chris Mills had a 15oz sole. Joint fourth were Neil Cocks and Brian Bethall both catching a 12oz sole.

The Walton beaches continue to see plenty of school bass after dark along with one or two around the 5lb mark. Sole are also showing well in this area, and ragworm still seems to be the best bait for both bass and the flatfish.

Walton Pier must be the venue of the week, the mackerel shoals that we have been eagerly awaiting are now starting to show and should be with us until late September. 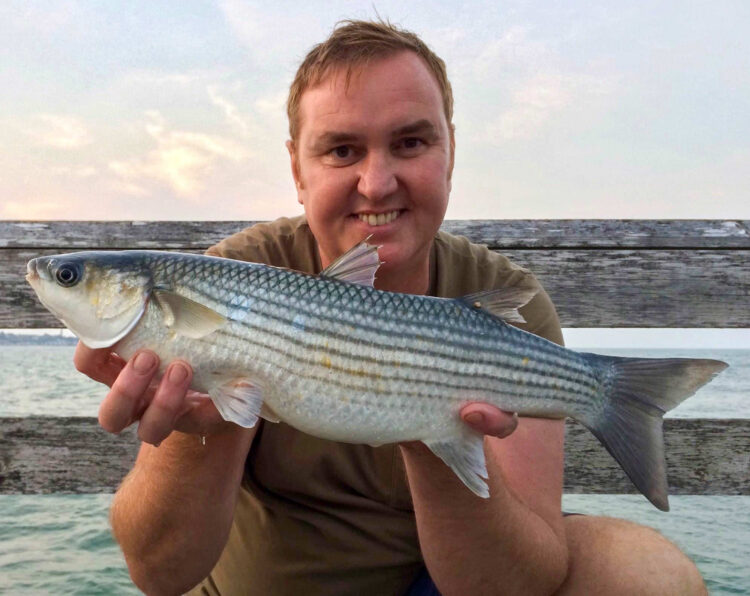 Lawrence Chisnall fished a WSAC evening match here and landed a good size mullet from around the pier piles while losing two other mullet that threw the hook.

My trip this week was once again to Walton Pier where I have had great success with those hard- fighting smoothhounds. I fished the last two hours of the ebb in daylight hours without so much as a bite. In the hope of a mackerel or two before it got dark, I tried a set of mackerel feathers on a light spinning rod. I found a few feeding, and had enough to stock the freezer with bait for the winter.

After dark, the flood tide saw the smooth hounds feeding and for the first two hours, I landed hounds to 15lbs on squid and peeler crab baits along with a few thornback rays. As the tide eased the hounds disappeared and the rods lay motionless until it was time to head home. 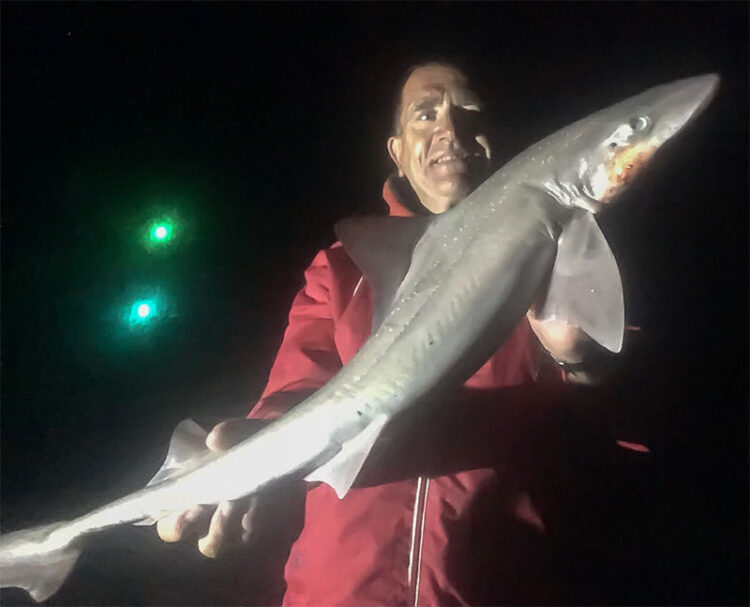 The Frinton beaches are still seeing some big rafts of weed moving through on the ebb tides but still fishable. Expect to see bass, sole, flounder and, if you are very lucky, a smoothie could show up.

The Holland beaches are seeing bass landed on lures from around the rocks plus thornback rays and soles after dark.

Walton Sea Angling Club fished the Holland beaches for their mid-week evening match and were greeted with a crystal clear sea. Luckily it was a pleasant evening to be fishing and a few fish were caught.

Top angler on the night was Rob Tuck with 4 bass for 94 points, second spot went to Doug Sadler with 79 points and Nik Highfield in third had 55 points.

Clacton Pier has reported bass to lures during the daytime and thornback rays and sole on the evening tides.