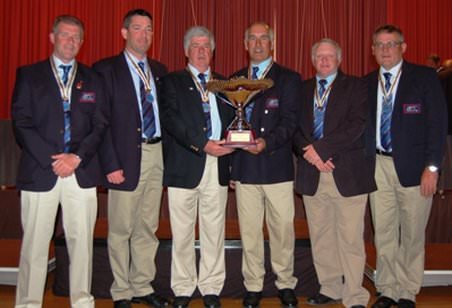 The Angling Trust are pleased to announce that the Sea Anglers Match Federation (SAMF) have won the gold medal at the World Shore Angling Championships for Clubs with a very impressive 15 points over the four day event.

The event was held from 1st – 6th May 2011 on the Belgian beaches of Knokke Heist and Wenduine and was attended by over 20 teams boasting many World class anglers amongst their ranks.

The first day’s fishing was held at Knokke Heist with SAMF finishing in 7th position, but managing to improve on day 2 and day 3 at Wenduine finishing in 5th and 2nd positions respectively. On day 4 back at Knokke Heist, the team were struggling for the first 3 hours of the 4 hour match, however, in the last hour the fish came on the feed and they romped ahead to win the day. Fish caught mainly consisted of Flounders and Bass, but Codling, Whiting and dabs were also caught. The nature of the venues and the weather conditions saw the anglers deploy many and varying tactics from heavy gear at distance to fishing very lightweight rigs and small hooks in the surf.

Angling Trust and SAMF would like to thank John and Jean Amery for their financial support and Bassboots.co.uk, Breakaway Tackle, Tronix Pro, David Graham and Christchurch Angling Centre for their support in the form of tackle and clothing. This assistance and support was pivotal in ensuring the overall effectiveness of the team.

Dover Sea Angling Club were also granted the honour of representing the Angling Trust at the World Shore Angling Championships for Clubs. The team consisted of Alan Yates, Saul Page, Nathan Elliot, Martin Reid, John Wells and Richard Yates. The team finished in a very credible 6th position and were in contention for a medal throughout most of the Championship.

The World Shore Angling Championships for Clubs is a highly regarded World event, second to the World Championships itself. The 2012 event will be held in the south west of France with SAMF gaining automatic qualification. The Angling Trust will be seeking an additional two teams for selection. Further details will be announced in due course.