In the second of his bait preparation series Dean Dickinson explains how he prepares black squid baits for sharks, rays and other species.

I first used this bait in the mid eighty’s when it became popular among the Border anglers. The Border boys used it extensively for kob, steenbrass eagle duck bill and blue rays. The ink has loads of smell and attracts the fish onto the bait. The ink washes off after the bait hits the water and the black colour shows up on the sand giving the bait more of a visual appearance in the water. I have used this bait often at Kasouga and had loads of success with spotted gully sharks and smoothhounds, kob and a variety of ray species. Use in combination with the squid guts for extra smell and present the squid at its very best. 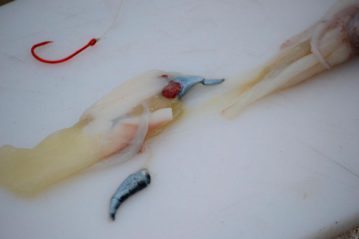 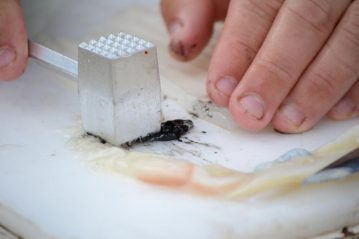 Cut 4 to 6 thin strips of squid. Lightly bash the squid with your steak hammer until gelatinous but still firm. 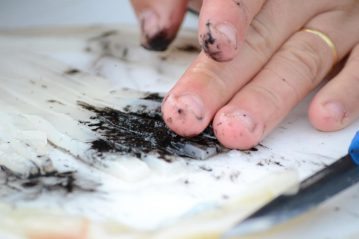 Then bash the ink sac and place it on the tenderised squid. 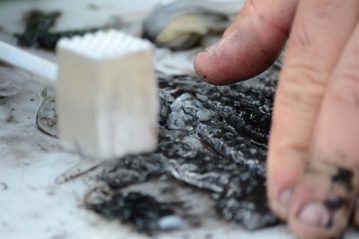 Now hammer the sac on the squid until it is completely black and add the squid guts carry on pounding them onto the squid for added smell. 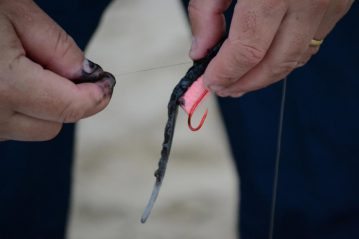 Place the strips one by one on your hook coated with foam I use a 4/0 to 6/0 Daiichi. 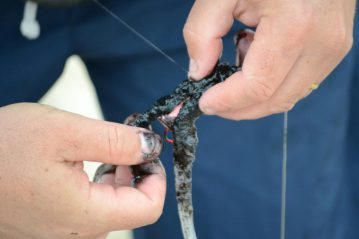 Keep working the strips around the foam. Eventually this will form a nice squid bait. 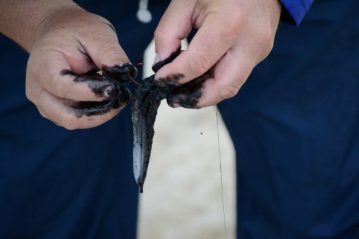 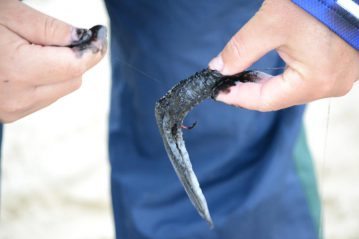 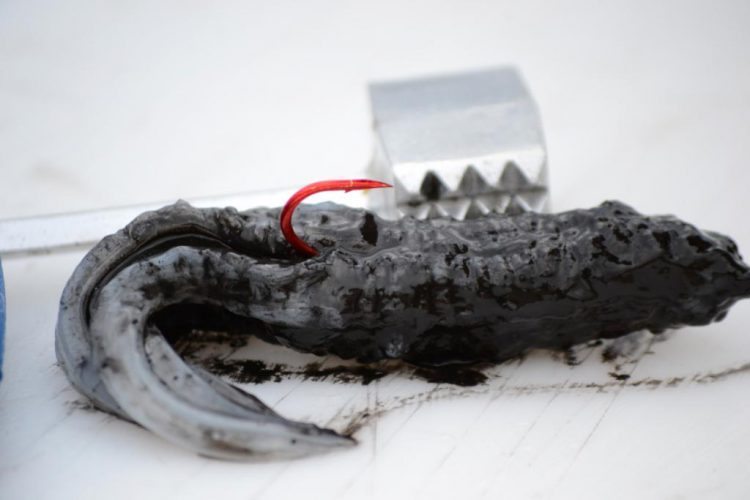 Although this squid baiting method originated in South Africa it will definitely improve the results of your future fishing outings when targeting numerous species all over the globe.

Dean is a regular contributor to SA based magazines and is one of the organisers behind the highly rated Rock and Surf Super Pro League. He is keen to bring the league format to Europe and if you want to know more check out the RASSPL website or find out more on Facebook. 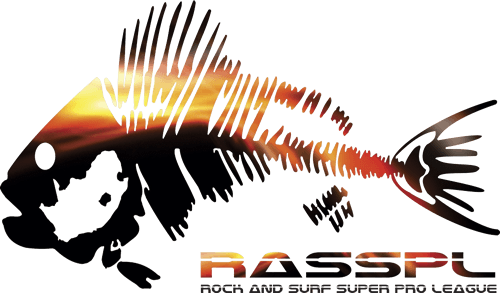