Rigging large plastic lures such as shads can be a struggle when using thick gauge wire hooks in sizes of 10/0 upwards, but the use of heat can simplify the task.

I was fed up wrestling with the friction involved when trying to rig a 250 mm shad on a 12/0 hook, even oil lubrication failed to assist in the task. Thinking about how easy it is to repair damaged plastic lures I decided that heat was the way forward to prepare the lures for an Icelandic adventure.

To rig large shad easily you will need a heat source and a set of pliers. In this case I used a small camping gas stove but a blow torch, gas cooker or even a hot gas lighter will suffice. I would not recommend an electric cooker as the hob or ring may be damaged. 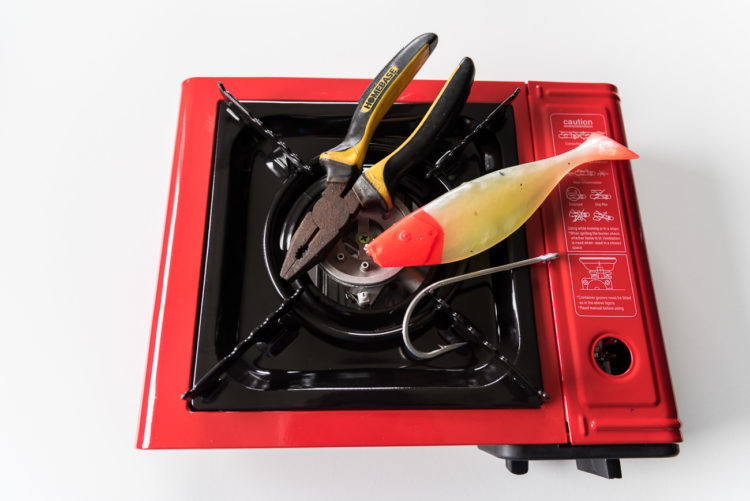 The equipment to rig large shad

Firstly, hold the hook against the shad to ascertain where the point will exit the body. A marker pen can help indicate the required point of egress.

Holding the eye of the hook securely in the pliers heat the point, bend and lower shank. Depending upon the heat source the required temperature should be reached in less than a minute.

Remove from the flame and holding the shad in a heat resistant, gloved hand slowly push the point of the hook into centre of the the nose of the large shad. Very little pressure is required to thread the shad onto the hook until the previously marked point is reached and the tip of the hook can be rotated out of the shad to expose the point.

Beware that when threading the hot hook into the large shad a small amount of molten plastic is liable to erupt from around the hook. This is easy to clean up when it cools and the use of a glove on the hand with the lure and long sleeved clothing will protect from burns. 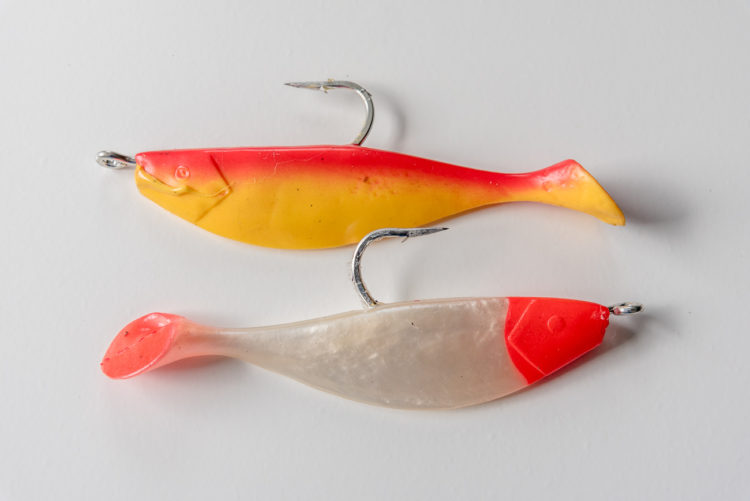 The method also works if rigging the shad or other large plastic lure on a bulky lead head.

The rigged lure is ideal for those massive cod and coalfish which inhabit the waters around Shetland, Iceland and Norway.