A few mackerel have started to move inshore recently with fish reported from the Region’s piers at Hartlepool, Seaham, Roker, and South Shields where the early morning high tides have produced one or two fish to lures. Some tides have just produced a single fish among the many anglers fishing for them and with offshore winds often putting a lot of colour in the water it may be some time before the main shoals arrive.

Until any mackerel arrive in numbers, the best local shore mark, other than fishing the rivers for flounders, is South Shields pier where some decent bags of cod, coalfish, and plaice can be expected. James Sanderson took cod of 2¼ lb, 2lb 6oz and 2lb 7oz together with three big coalies during a recent session on the pier. Most of the areas clean ground beaches are producing various flatfish species with the odd turbot showing amongst dabs, flounders and plaice. Some bigger bags of flatfish have been reported from the beaches at Warkworth and Embleton. Seaton Sluice A.C. made the long trip to fish the Tweed at Berwick and found plenty of flounders in the river. Martyn Pygall had 10 weighing 12lb 10oz, including one of 45cm. Callan Stevens had seven for 8lb 7oz, and Chris Guthrie eight weighing 8lb 5oz. 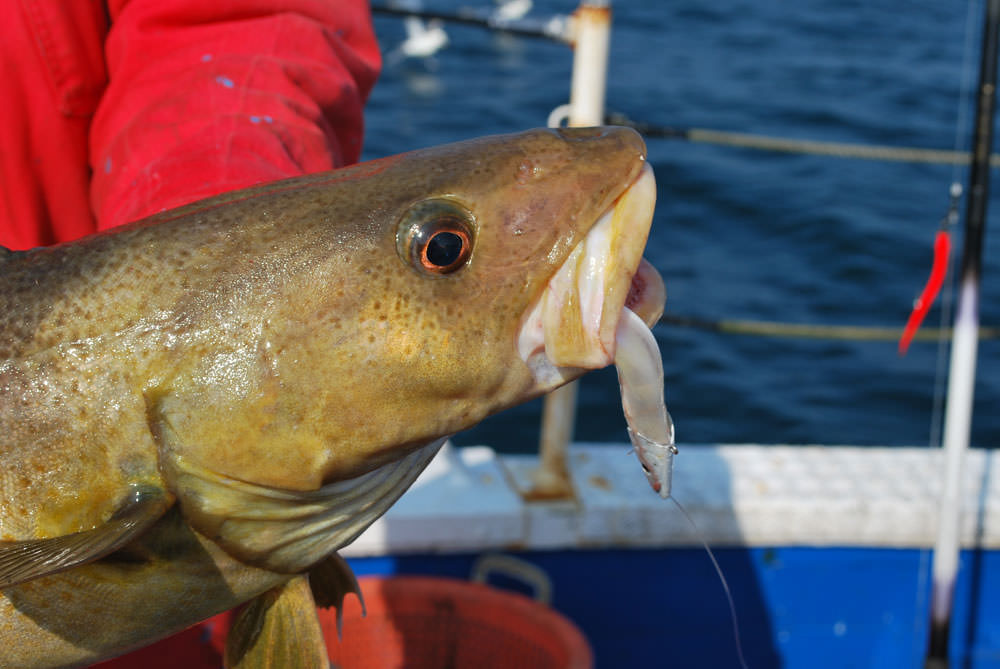 Better numbers of cod and pollack are starting to show from the Northumberland rock edges during calm conditions but at other times when the wind direction is onshore, anglers have struggled. The last Whitley Bay summer league match fished at Craster produced an interesting result when Steve Williams fishing down the side of the rocks at Swinedene with a carp rod and small crab baits. He managed to land a conger eel of 19lb, which not surprisingly was the heaviest fish, and together with a small cod he had the best bag of 21¼lb. Runner-up Phil Gee had three cod for a total of 6lb, and Gary Thompson finished third with 4lb 2oz. Tynemouth A.C. also had a good day at Eyemouth where Chris Robson won with eight coalfish, a cod and one pollack weighing 12lb 1oz, Dave Hayley had four cod totalling 10lb 3oz, including the heaviest fish of 5lb 9oz and Karl McClaughlin had two pollack and two coalies for 10lb 2oz. Blyth A.C. fished at Seahouses and Mark Foster only needed a single cod of 2½lb to win, one ounce ahead of Barrie Smith.

Boat anglers report few mackerel showing but some quality cod have started to make an appearance. Biggest so far this season was a monster of 27lb taken by Peter Clark on the Macer D out of the Tyne. At Hartlepool, the Phantom 1 got among the cod with the best making 18lb 4oz taken by Paul Hampton. Anglers aboard the Lone Star took 21 cod including four doubles to 14lb. Brian Dobson took a cod of 14lb just off Hendon on a shad lure, and Dean Reading had one of 11¼lb aboard the Jester. All boats fishing the inshore rough ground have reported good numbers of cod around the 2lb to 5lb mark plus ever-increasing numbers of pollack.