On Sunday 55 anglers took to the beaches of north Wales to fish in the 2013 Moonfleet Open shore match. The group of recognised top notch, and up and coming match anglers found conditions challenging with a strong, gusting south westerly wind driving sand storms down the beach. This combined rain showers proved more than a match for a few beach shelters and brollies but not the hardy competing anglers. 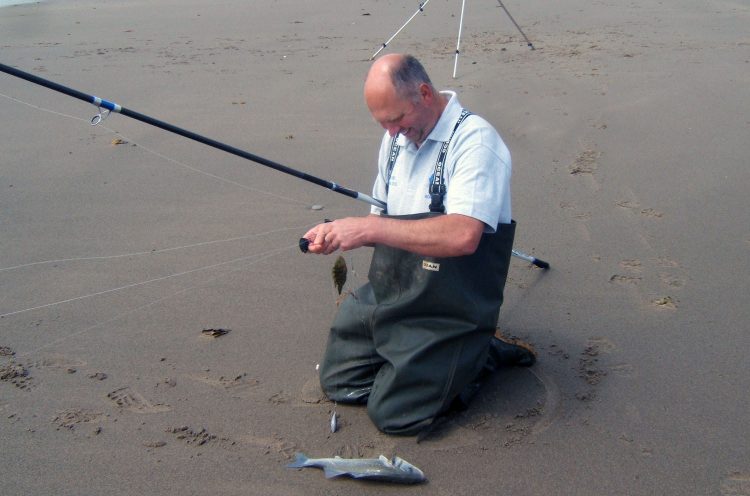 From the off dogfish, corkwing wrasse and bass hit the beach together with a sprinkling of other species. Lesser-spotted dogfish were being targeted by most of the entrants in the catch, measure and release match as these and huss were allocated 30cm unless they measured over 70cm. Malcolm Stote landed a good huss of 66cm which only just failed to hit the bonus points mark.

Elsewhere David Neil of Team Scotland landed a 41cm bass that put him in with a shout of winning the £500 Yuki Neox Orata beach rod kindly donated by the sponsors, Moonfleet Angling. However, word soon spread that Malcolm was again among the big fish when he landed a smoothhound of 62cm that was destined to take the longest fish prize and compensate for his below the line bull huss.

At the final whistle, despite the testing conditions, all the competitors agreed that the match was well organised and enjoyable and that it bodes well for the next open planned for later in the year.

Between them, the 55 anglers fishing the event landed a creditable 261 fish comprising an amazing 17 different species. 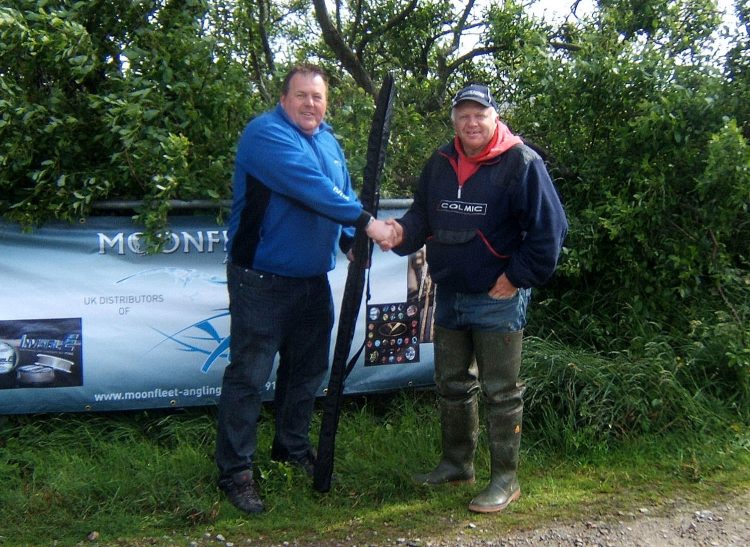