Skegness Pier Angling Club (SPAC) was victorious in the Inter-Club match versus Chapel Beach Angling Club (CBAC), which this year was held on the beach in front of the boating lake at Trunch Lane. The inaugural event between the two local Clubs was held last year, when CBAC were the winners. On this occasion SPAC ran out easy winners, catching over 26lb in total at an average of just over 2lb per angler, whilst CBAC members totalled just under 6lb, averaging 10oz per angler.

Individually, SPAC took the top 8 places in the match, with Croxton’s Dave Burr maintaining his current run of scintillating form and winning his fourth match on the trot with 6 flatties weighing in at 3lb 15oz. Not far behind in second place was Wrangle’s Alan Steadman, with 4 nice flatties for 3lb 8oz. Grimsby ace Garry Hutson came in third with 5 flounders and a small turbot weighing 3lb 4½oz. Another angler in top form at the moment is Skegness local Dave Bradley, who targeted smaller fish to take fourth place with 7 flatties for 3lb 1¼oz. The only CBAC member to feature in the prizes was one of their top anglers, Danny Smith, who took the heaviest flatfish prize with a superbly conditioned 1lb 10oz flounder. There were no round fish caught, so the prize was shared by default between Dave Burr and Garry Hutson, both with specimen 1lb 6oz flounders. 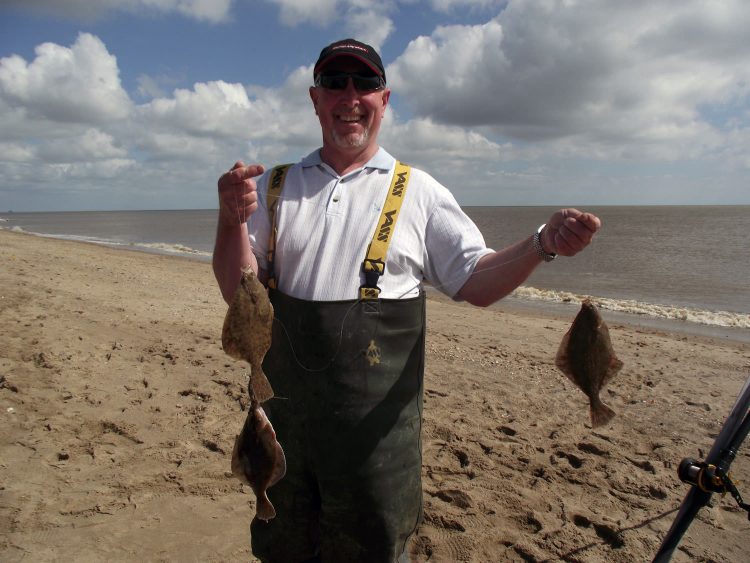 The prize presentation took place at the Lakeside Leisure complex by kind permission of owner John Cook, with CBAC Secretary Michelle Smith presenting the new Inter-Club Trophy to SPAC Secretary Chas Tibble. The match has now become an annual feature of both Clubs’ match programmes, with next year’s event to take place at a venue in the local area.

With news coming in of smoothounds being caught from local beaches, things are looking good for the next SPAC match, which will be held on Sunday 30th Jun from 9:30am till 1:30pm at Chapel Six Marsh, with Club members fishing for the Shipstone Cup. There is also an open section, which non-members are welcome to participate in. For further information please contact SPAC Secretary Chas Tibble on 07984 967988 or chastibble@hotmail.com