The Talica 10 2-speed lever drag from Shimano is smart, slick and carries a price tag indicative of a of a top-end performance reel. Des westmore and the kit-crunching crew took the reel fishing and did their best to soften it up with a bit of rough treatment.

The Shimano Talica 10 2-speed reel is brand new for 2010 and carries the hefty RRP of £474.99. Straight out of the box, my eyes were immediately drawn to the slightly alien aspect of the product, and, just for a second, I thought the reel might have been damaged in transit! At an ill informed glance the frame looked warped, but closer inspection soon revealed this tapered body design meant this was absolutely was intentional. The left hand sideplate is smaller than the right with the frame being deliberately tapered to accommodate this ‘concentric’ design. A strange feature perhaps but one Shimano have used before on the Torsa reel, though certainly not as subtly. 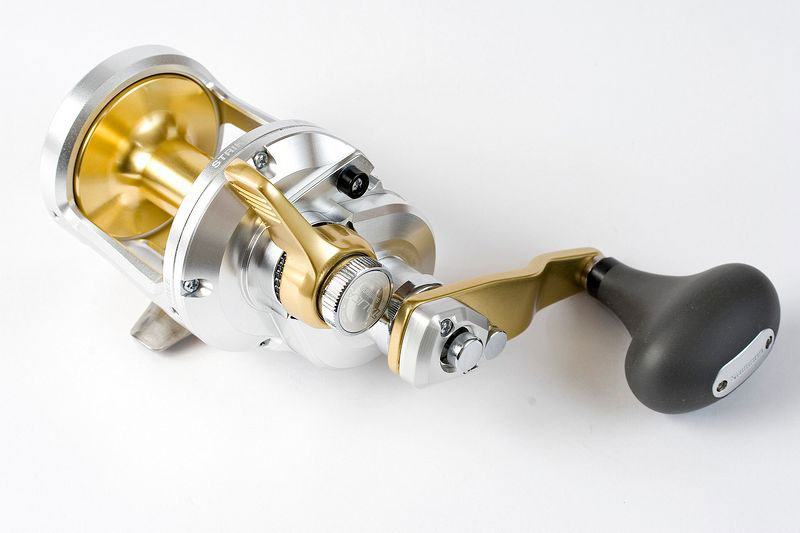 As you would be entitled to expect given the cost, the Talica’s spec list is pretty impressive. The frame is heavily anodised in attractive silver, while the big handle, drag lever and spool are picked out in gold. AR-B bearings are used along with brass gears. It has a capacity of 270 yards of 20lb mono and has a high gear ratio of 6.2:1 and a low speed of 4.1:1. Gear change is smooth as silk and is via a push button on the end of the handle to down-change and a small lever nearby to change up again. 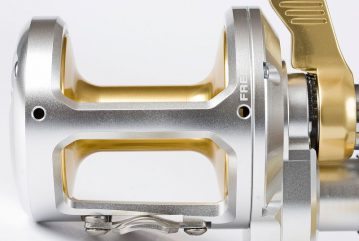 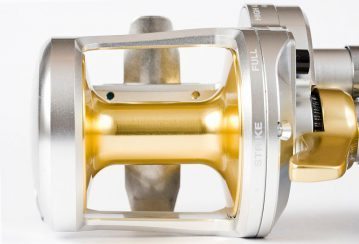 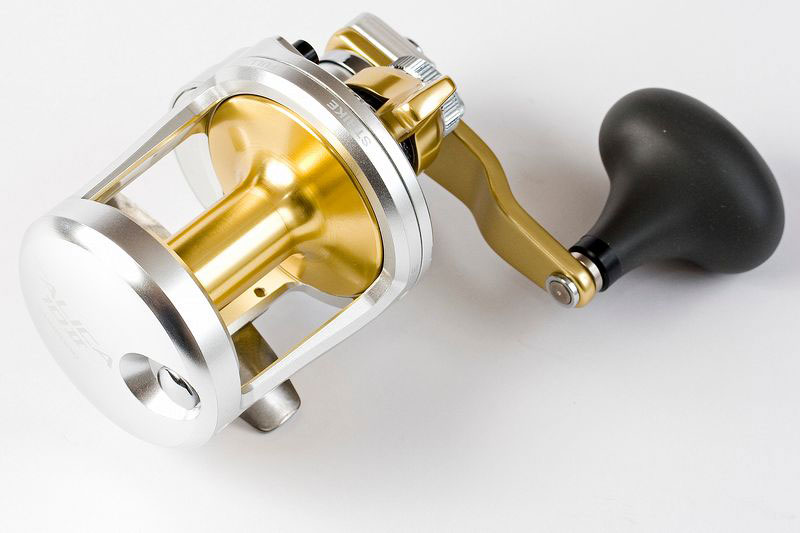 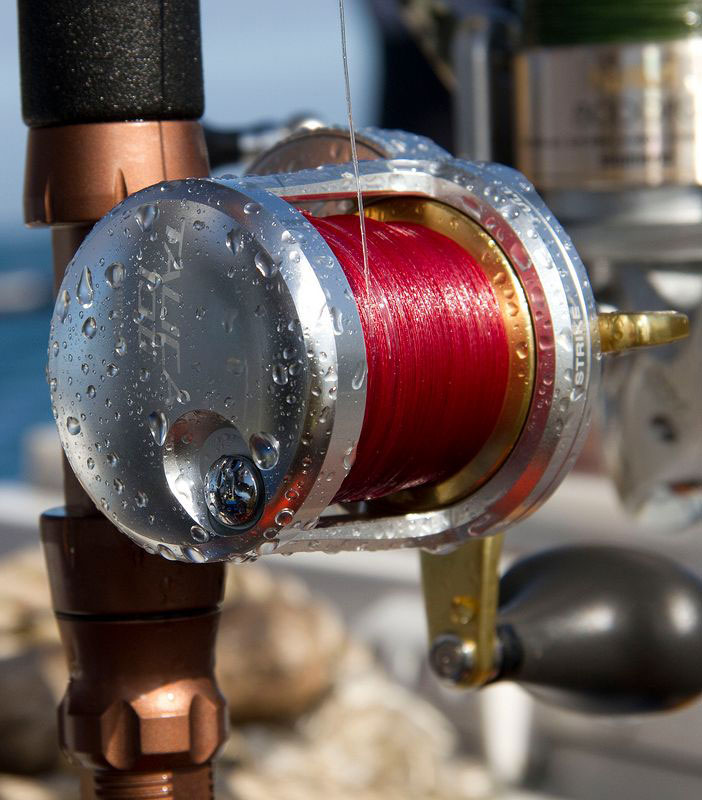 The regular kit-crunchers and I were afloat working with Talica. Over the course of the day we decided to test its winching power, hanging 4lb of lead on and cranking it back up through 90 feet of water. The power of this reel amazed us, even in high gear. Pushing what we thought would be the limit, we attached a further 2lb and cranked that back in low gear… the Talica was quite unfazed! Based on this test this reel could easily cope with the demands of big fish cranked on the likes of 50 or 60lb braid.

The lever drag is both waterproof and smooth. In fact it is possibly the smoothest lever drag I have experienced in a reel of this size, and swinging to the lighter end of the spectrum, I would be more than happy to fish for plaice or bream using 15lb braid with this reel. To a man, everyone in the test group had nothing but praise for the overall silkiness and sheer ease of operation.

Everyone who saw and handled the Talica loved it but baulked at the price. I kept the actual cost of the reel quiet until late in the test session, and when challenged to hazard a guess, all pitched in at around £200 shy of reality with a figure between £250-£300. Pricey then, but a very fine reel for sure. Visit www.shimano.com for more information.