The Boss Accurate B2 270C 2-speed boat fishing reel is distributed in the UK by Snowbee and costs a cool £400. But is the price tag warranted? Des Westmore gives the answer after a month of hard fishing.

Being a serial tackle fiddler, a while back I borrowed the Boss Accurate 270X reel which was pitched into several different fishing situations. With its 6:1 gearing, over the standard 4.6:1 ratio of the 270M version, it excelled at lure fishing and jigging. It was also used for deep water tope fishing, but while it did the job well enough, the lower ratio of the 270M would probably have been better suited. I have said before that my ideal blueprint for an all-round boat fishing reel would see it machined from solid bar stock, possessing Abu 7000 series line capacity with 2-speed gearing. I would also be in favour of a levelwind, although I am sure others may not agree. 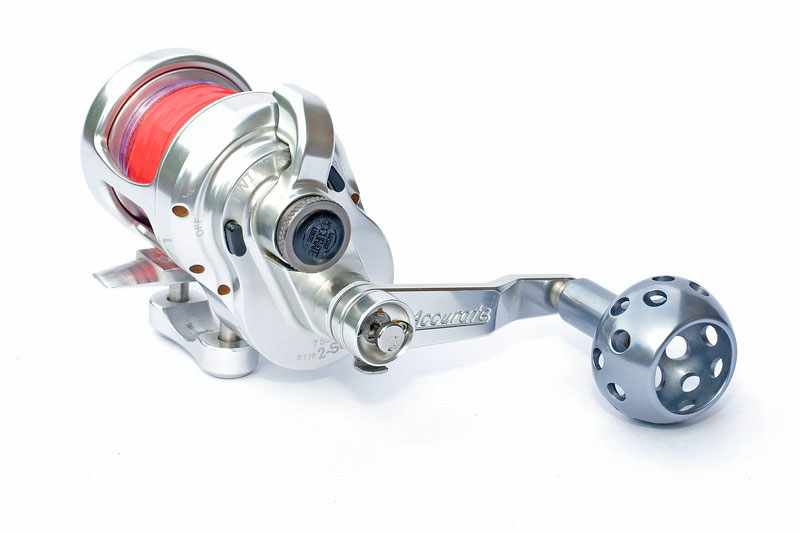 In my book at least, the Accurate B2 270C 2-speed comes pretty close to outwardly perfect, having a capacity of 300 yards of 20lb mono, 2-speed gearing of 3:1/6:1, and it’s built like a tank. I’d like to think someone was listening to me in the past but I am sure the guys at Accurate got there all by themselves – after all, they forgot the levelwind!

Accurate Grinding and Manufacturing Corp. is based in Los Angeles, California. The company was started in 1950, making high precision components for aerospace jet turbines. In 1990 Accurate’s owners, the De Marco family, started producing high-strength conversions for Penn reels and in 1997 Accurate introduced their own reel, the ‘Twin Drag’, so called because its lever drag has washers on both ends of the spool. This means the drag has twice the surface area which results in a stronger, smoother drag. 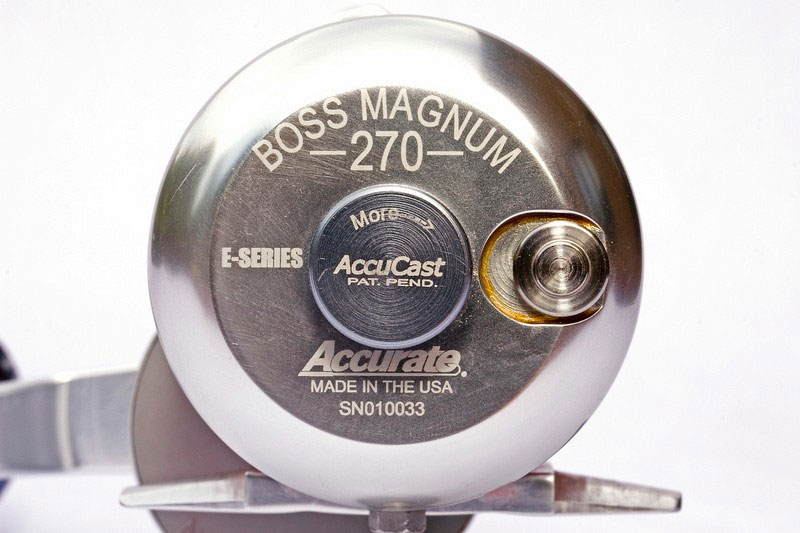 Top quality materials are used throughout, with the frame and sideplates machined from bar stock 6061-T6 aluminium alloy. This alloy is commonly used in the aerospace industry, but for any sad pub quizzers or Star Trekkers out there, the ‘Pioneer plaques’ are a pair of gold anodized 6061-T6 plaques which were placed on board the 1972 Pioneer 10 and 1973 Pioneer 11 spacecraft and show human figures in case the craft are intercepted by extra-terrestrials. Useless as such ‘space’ information is, this links nicely to the fact that the bearings used in this reel are all ABEC 5 (the best tolerance rating available) and are all impregnated with Teflon; the same process employed in maintenance-free bearings for use in satellites. Finally, titanium is used for the drag washers, and stainless steel for the gears and machined reel foot.

The first impressions of those who ‘wet’ tested the reel were very good, though the metal ‘golf ball’ knob on the handle wasn’t to everyone’s taste. There were comments that it looked odd and would be cold in the winter or slippery when wet. However, the same group all enjoyed playing with the ‘golf ball’ though once they realized that there is actually a ball race contained inside and it spins for ages. Once they had used the reel, all the testers agreed that the handle functioned far better than they thought it would, actually giving a very positive feel to the reel. 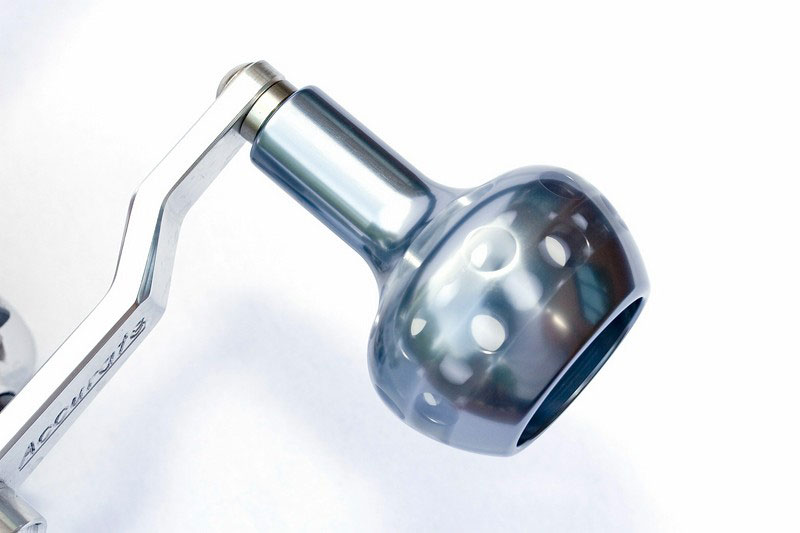 My first shot of the Boss Accurate B2 270C 2-speed reel saw me ‘hopping‘ for cod in the English Channel. The fishing has been excellent this summer and while the fish were not big enough to seriously test this reel, there were lots of them and I successfully used a multi-hook rig to get some weight on the line and assess its cranking ability. For a reel of this size, the power available is awesome: in low gear you can, if you want, just crank the fish up without overly employing rod leverage. Such a brute force tactic not sporting or conducive to long reel life in the case of many products, but it does provide a clear idea of available winching power. The sheer gutsiness of the B2 270C 2-speed is not surprising. When you think that this reel is designed for blue-water fishing for the likes of wahoo and kingfish, then it performs to the high standard that I would expect.

The drag is very powerful, and can deliver over 20lb of drag pressure which will see off pretty much anything in UK terms apart from the biggest conger, shark and skate. Luckily the drag also has a large adjustment range and smoothly delivers line at low settings. So if, for instance, you wanted to go tope fishing with 12lb line this would still be a great reel. Though very smooth, the drag is a dry plate design, which while ultimately stronger, is not as silky in operation as the best greased drags that some reels employ. I have heard talk that the latest Accurate reels employ a greased drag, but I am not sure if that is true at this time. 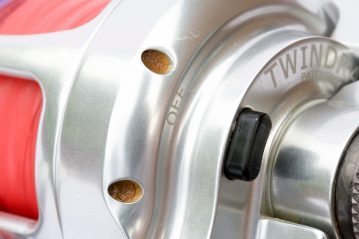 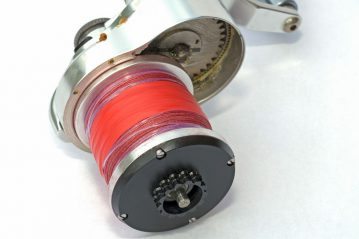 The reel’s controls are good. The chunky drag lever moves smoothly at all times, with a positive action going into free spool. Likewise, the button to move the lever past ‘strike’ to ‘full’ is similarly positive. The knurled knob for adjusting the drag preset is of a large diameter which makes fixing the drag pre-set easy. The line out ratchet is more of the same, while the click itself is positive and loud.

The retrieve on the reel is silent, something which always gets the thumbs up from me. Years ago when I moved up the tackle ladder from my old Mitchell to my first Abu, one of the things that told me I had arrived was the fact that the reel did not tick when you turned the handle. Since then I have felt that reels should be seen and not heard. Indeed, many reels aimed at the big game markets back up their one-way roller bearings with an audible ratchet as backup. Some are loud and annoying but Accurate simply fit two one-way bearings instead so the reel stays silent…nice! 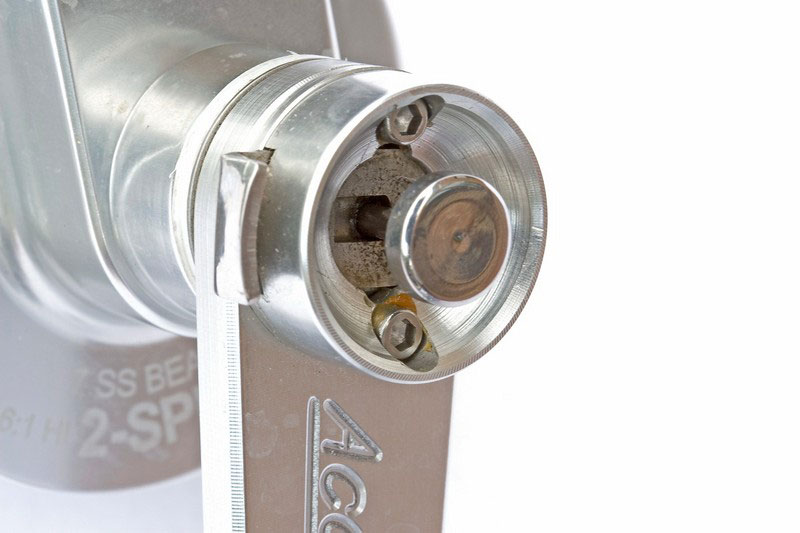 The Accu-cast control is in the centre of the left hand side plate. This feature applies some pressure to the drag plates when in free spool to make help alleviate backlashes when casting, or to control the spool tension when trolling. The final control on the reel is the one for shifting gears and is the only aspect that drew some negative comments. One angler who used the reel felt strongly that the buttons that control the gear shift did not possess the same feel as the rest of the reel and look somewhat weaker. Whilst these buttons did not give any trouble during actual testing, it must be said that they don’t match the overall ruggedness of the rest of the reel. 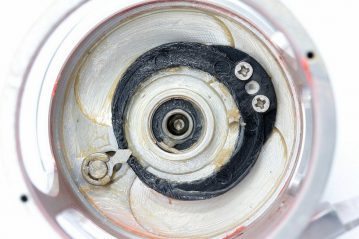 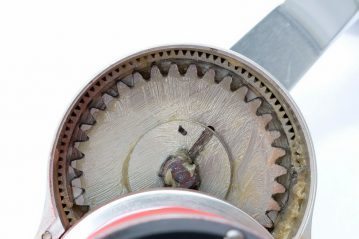 Looking inside the reel, everything is reassuringly massive and well greased, as are all the bolt heads that hold the reel together. The rod clamp is machined alloy and capable of crushing many reel seats so be careful when tightening it. When all is said and done then, there is not much to level at this reel. And if you can stretch to its £400+ price tag, you should not be disappointed. 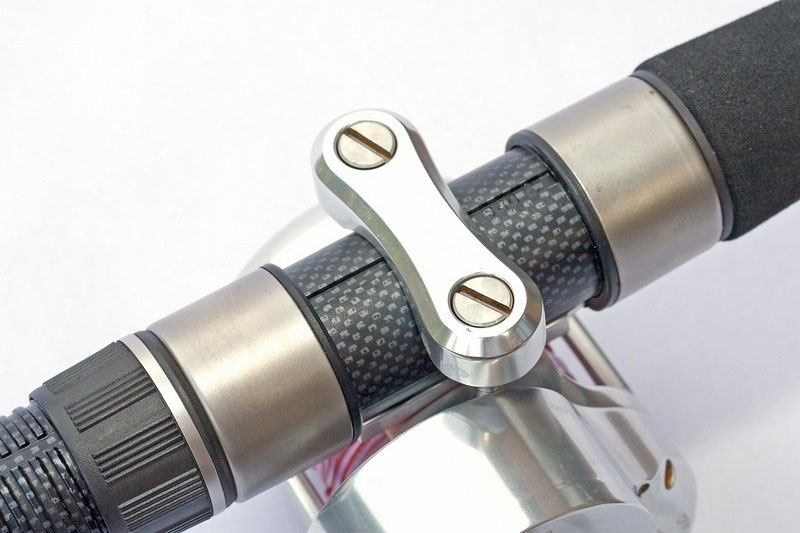 Is there anything missing that I would like to see? A two position handle would be nice, as a handle with a shorter ‘throw’ is easier to wind fast when lure fishing. Oh, and a levelwind of course. If you feel this reel may be right for you, or any of the other reels in the Accurate range (and there are many), contact Snowbee, phone 01752 334933 or Send an Email