From an angler’s perspective a good quality cool box is essential for a variety of purposes including transporting/retaining bait in tip-top condition and preserving fish caught. Des Westmore compares the well regarded boxes from the Icey Tek company with the Yeti brand of new super boxes, and offers a unique insight into how thinking anglers customise such products.

Cool boxes don’t come much better than those from the Icey Tek company, but the new Yeti boxes are in a class of their own. Taking the Icey Tek cool boxes first: these have a reputation for general robustness and delivering high performance when it comes to keeping fish fresh, or bait cold or even frozen for long periods. I know anglers, small boat owners and indeed charter skippers who regard these boxes as among the very best that money can buy… and that’s some endorsement given how particular some of these individuals can be. Anglers and skippers are fussy however, and despite the Icey Tek boxes delivering exactly what it says on the tin as it were, there are a couple of persistent niggles that tag them short of perfect. 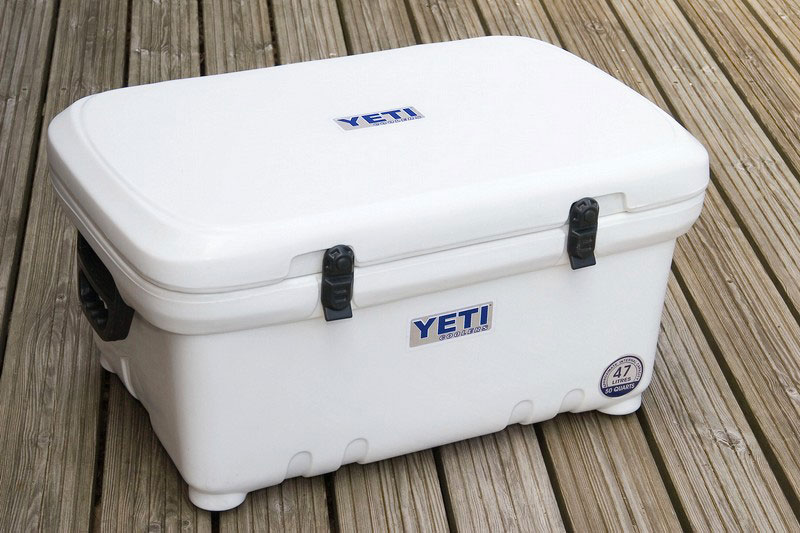 Some felt the Icey Tek boxes looked industrial, although it might stand to reason that if you want an industrial level of performance then it is not going to come encased in some flimsy designer outer shell. Functionally, there does seem to be an ongoing issue with the seal between lid and base. The Icey Tek seal is simply a piece of foam between the two faces. It is therefore easy for water to get in by capillary action if the lid is not latched properly, or in time if the seal ages or becomes compressed. One angler I know who stores his Icey Tek box outside said that while it performs brilliantly as a fish retainer afloat, it has an annoying tendency of filling up with rain.

I first came across Yeti cool boxes in the Bass Pro shops in Florida and was seriously impressed by quality that was obvious at a glance. When UK importer Stuart Crane at The Cool Ice Box Company phoned me to tell me he had found a cool box that arguably performed better than the Icey Tek, he was somewhat crestfallen when I said that I had already seen them, but a Yeti 47L was duly sent for review. 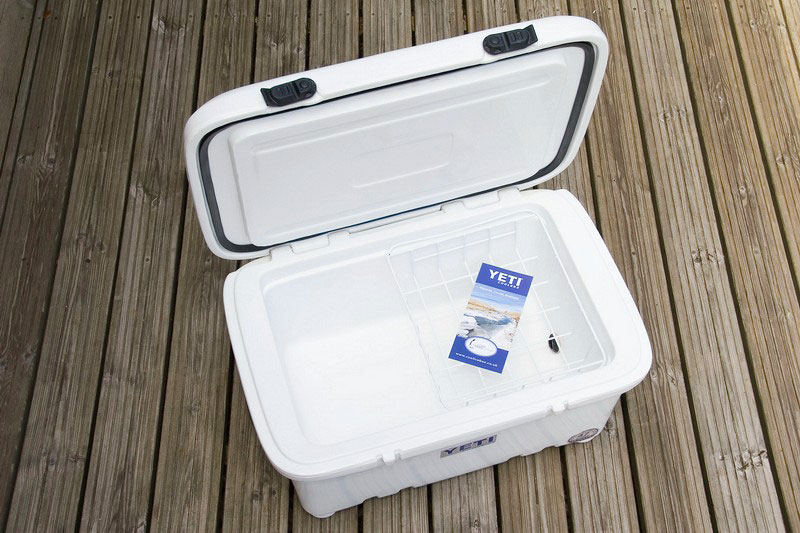 The Yeti Sherpa features a one-piece roto-molded UV polyethylene shell, while the all important insulation is 2 inches of polyurethane foam (not polystyrene) in the walls and lid. The Yeti has marine quality fittings including hinges, handles and non-slip, non-marking feet. A drain bung is also fitted and boxes are guaranteed leak proof. The Yeti has long-term ice keeping qualities and is even dry ice compatible. Dry ice cracks many coolers due to the extreme temperature of -78°C, and although I haven’t seen any anglers using dry ice as yet, you never know what is around the corner.

In my opinion the best build feature in my opinion is a molded up-standing lip incorporated in the base. Most cool boxes have a lid fitting inside the base thus facilitating an easy route for unwanted water contamination. But this simple design feature on the Yeti prevents any water egress between lid and base by capillary action, or simply running in when the lid is open. The moulded lip combined with the excellent freezer quality seal fitted to the lid ensures superb weatherproofing even when the lid is shut without using the latches. The tight fitting, high quality seal acts similarly to a fridge door when closed and is enough to keep the lid secure. 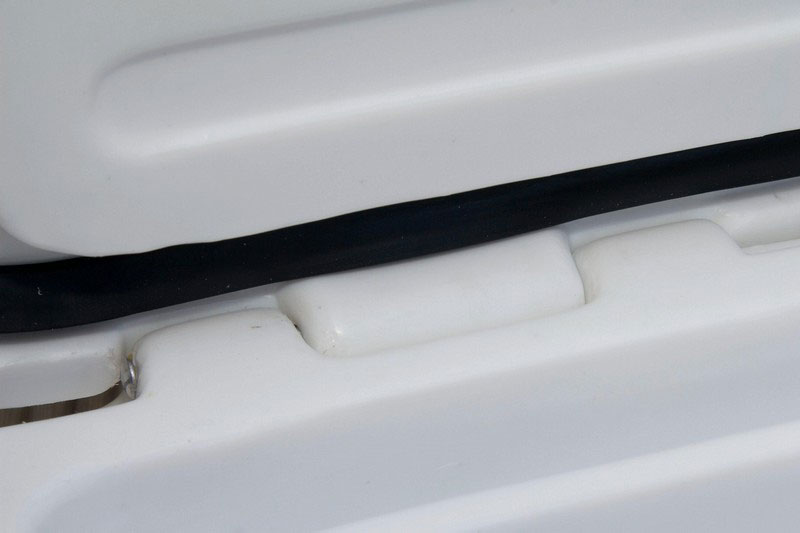 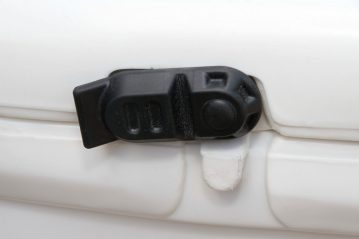 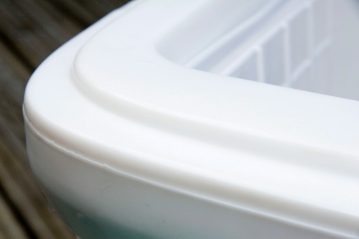 Boat angler John Speirs was also charged with testing the 45L Yeti for Planet Sea Fishing and was mightily impressed. John reported that the box kept his bait chilled and in top order for three full days despite scorching conditions. Four cool-packs and two supermarket-bought bags of ice kept his ragworm in water, wrapped lugworm, box of mackerel fillets, and container of shelled mussels in top order with no requirement to change the ice packs. And the ice and cold blocks were still frozen when he returned home.

My take is that of a casual angler whose main concern is maintaining the first class condition of a few fillets of fish caught at sea and during the journey back home. Competition anglers’ interest in the Yeti boxes will centre more on their abilities to keep baits cold or frozen from home to the venue, in excellent condition all day, and perhaps thereafter to ensure that unused bait is retained in good order for taking back home again. Planet Sea Fishing editor, Steve Souter is a competition boat angler who travels and fishes all over the UK. Collecting, storing, transporting and using top quality bait is a large part of his game, and we have often discussed various disgruntlements with the cheaper cool boxes used by anglers. The ability to maintain a consistent low temperature for a period of days is key, and general poor insulation and often no insulating material in the lids of various boxes is not conducive to such. The Yeti offers no such concerns and ranks as professional cold box for competition anglers who demand super high performance at all costs. 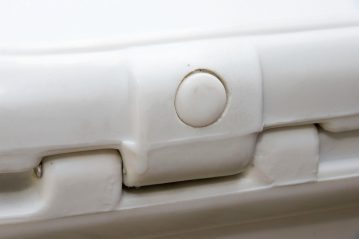 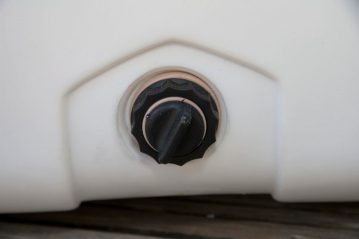 Steve and anglers like him often customise cool boxes to suit their needs, and I often wonder why companies do not just sit up and take note of their requirements, because sure as hell casual anglers would purchase a good custom box designed with fishermen in mind if such were to become available. For example, many of the bigger boxes come with side handles which are not particularly convenient if it is a long haul from the car to the boat, and worse if getting the box onto a boat involves passing it down a quayside ladder. Steve tells me that he bolts either a single central carrying bar or strong shoulder strap to his boxes to make life a whole lot easier. The Yeti 47L has side handles and there are those who would immediately set about modifying such a box.

Internally, most cool boxes are little more than a hole above ground, with little or no way of internal organisation provided as standard. Steve tells me that he spends a stupid amount of time trying to source sets of separate internal containers for his boxes. Anglers want tough plastic Tupperware-type boxes that are watertight and not prone to cracking, either due to cold temperatures or rough use. It is even better if these tubs can lock into each other, with the requirement for a lid only on the top one.

Such tubs are essential to keep different baits apart and in a perfect world you would be a able to stack two internal rows of around five tubs high side-by-side, with just enough of a void in between to slip in a large flat ice pack. In addition, a robust top tray fitting snugly on top of the tub arrangement is a godsend. The Yeti 47L comes with a top wire basket that spans 50% of the cavity, but Steve tells me that match anglers usually have to resort to sourcing or even making their own. The top tray/basket allows some bait and even spare tackle to be conveniently at hand with out having to up-end the rest of the box at each time of asking. 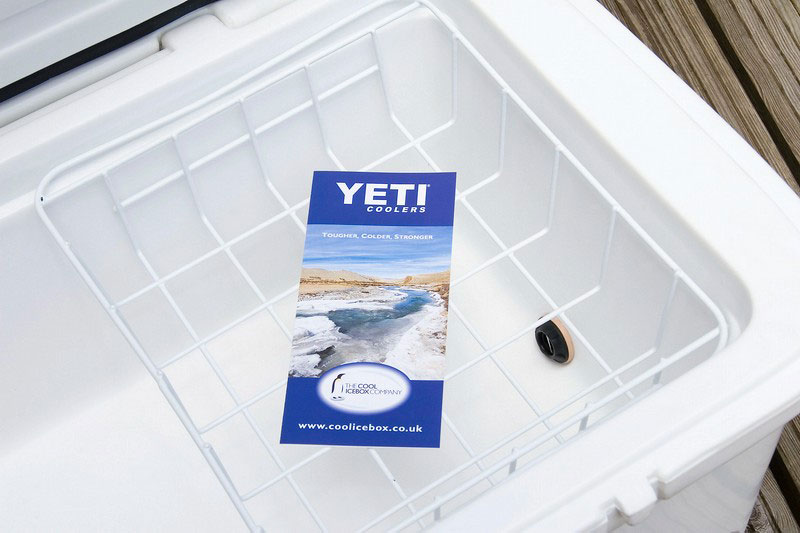 A final point that Steve Souter makes is that thinking anglers often opt for two tiers of insulation where bait is concerned, especially if fishing more than a single day away. Complicated as this sounds, it is nothing more fancy that installing removable a slab of insulation such as polystyrene or packing foam into the box about halfway down. This effectively seals in the cold to a lower layer and keeps bait placed at the bottom immune to damaging temperature fluctuations caused by regularly opening and closing the cool box as invariably happens in the course of a day’s fishing.

I found all of this expert information absolutely fascinating and can’t help but think that we should run a feature on customising a Yeti or similar cool box. For the time being however, perhaps a forward thinking company could take some of these points onboard and create something that would be immediately be embraced by competition and regular pleasure anglers alike. 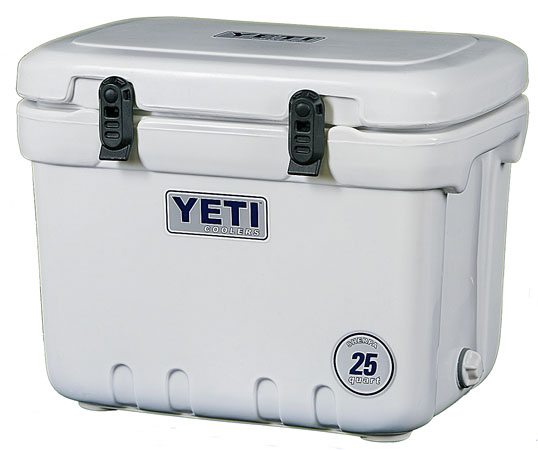 The Yeti Sherpa comes in a range of sizes from 25L to 140L and a 16L ‘Lunch Mate’ box is also available. What Yeti box is best suited to competition anglers for bait carriage etc? In terms of size and transportability it would probably be the £89.99, 25L Yeti (pictured above). If you want to ice your catch, then the rectangular 47L Yeti featured, and priced at £139.99 would be a good choice, while the larger sizes would suit permanent fixing to a boat. Bespoke tie-downs, cushions, tread plate and corner deck retainers are all available. 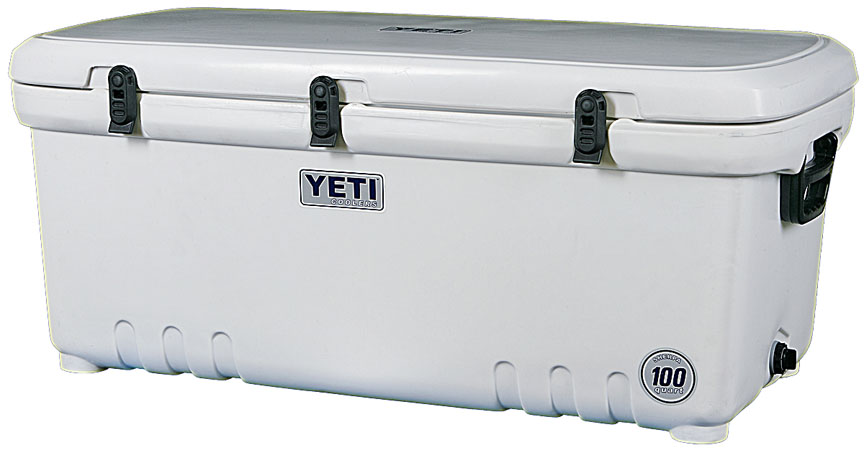 All the Yeti Sherpas also come with a wire tray to help organisation inside the box. The Cool Ice Box Company is the sole European distributor of Yeti cool boxes. For more information ring 01598 740685 and speak to Tina or Stuart, or send an email

Wonders of the Western Isles