Wonders of the Western Isles

Steve Souter suggests wearing a nappy and a crash helmet while dodging lunatic drivers and crazy sheep on the stark back roads of the Isle of Lewis. But if you come through that okay then he says the shore fishing is worth the heart flutters. 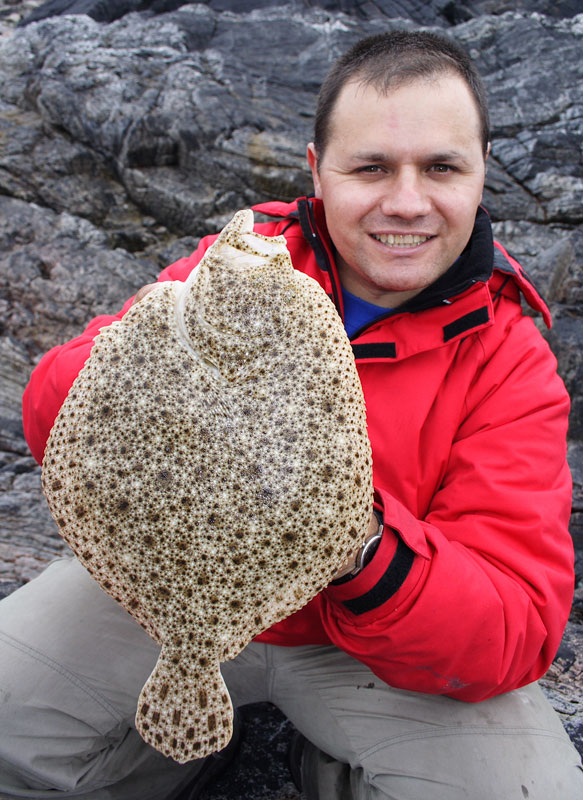 There are several things that newcomers to the Western Isles can’t fail to notice. Very few trees grow along the rugged and windswept landscape, and shaggy sheep, mindless of cars, wander the open countryside outnumbering people in all but the busiest island population centres. Summer pestilence in the form of relentless flesh-eating super-midges are a plague to drive you mental. It wouldn’t be the first time that grown men have run screaming from the clouds of biting midges, just stopping short of flinging themselves in the sea to escape. I should know, I do it every bloody year! Just how the locals manage to live with this hovering curse is beyond my understanding.

I travelled over by ferry from Ullapool with George Bell and the old man of Scottish boat fishing, Graham Forbes. All of us were taking part in a boat fishing competition later in the week but we‘d travelled early to dabble in some far flung shore fishing. I arranged to meet my pal, local angler Gillies Mackenzie on arrival in Stornoway; he had promised to guide us over radical single track roads and rough country to one of his favourite shore marks on the west coast of Lewis the following morning. Gillies suggested a platform of rocks that gave way to undulating sand for the chance of a mixture of species including turbot, flounder, plaice, various gurnards and the outside chance of a spotted ray.

I had dug stacks of ragworm and packed various bits of frozen bait including Baitbox sandeel, mackerel and blueys. But Gillies suggested fresh mackerel would be key and that our chances of catching a few that night were good. After settling down in the digs and setting up a bait fridge to keep the worms in good nick, the task was to try and catch some fresh mackerel from a mark known as the Beasts of Holm. Gillies pointed us in the general direction and left us at the mercy of the horrible midge.

Mackerel weren’t exactly thick on the ground and getting any hooked fish ashore was a real feat given the enormous seal that launched itself at any fish towed ashore. We managed only one scabby mackerel each before the evening’s midges descended and we had to run from invisible tormentors. 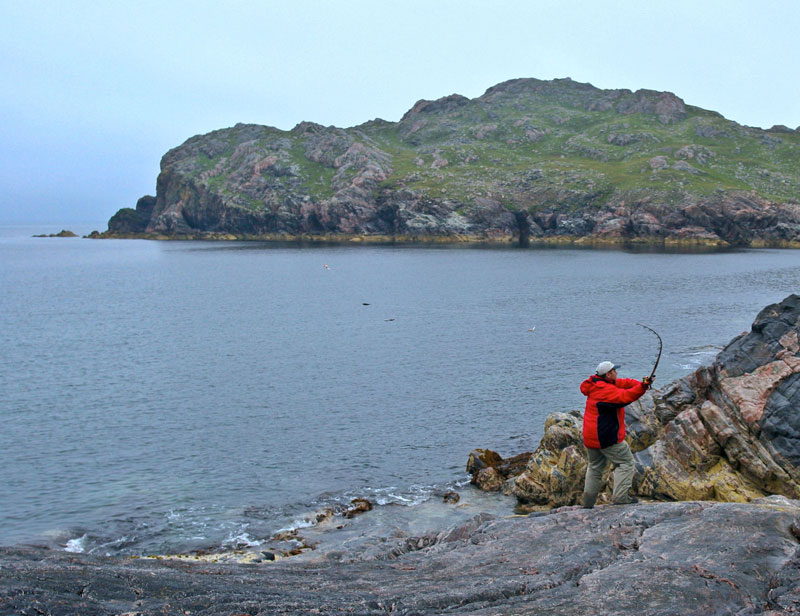 The journey to Valtos took a little over an hour by car from our base in Stornoway. Getting there was an experience in itself: ducking into narrow passing places just short of blind bends to avoid colliding with lunatic drivers hurtling towards us at speeds that made your neck-hair stand to attention. If you are of a nervous driving disposition then I would suggest you pack a nappy and a crash helmet before taking to the road in this part of the Western Isles.

A stunning vista spread out before us. A pocket of golden sand sat wedged between high cliffs on either side. What set this closeted beach apart from any back on the mainland was a complete absence of people and the noise and debris that they bring. In fact, aside from us on the cliff top, no cars, no people, no noise and not a single piece of litter could be seen anywhere. Well there was one farmer stoating about on a quad bike but I didn’t count him.

These islands are peppered with many such bonnie beaches, most of which have never seen a fishing rod. Gillies and I set off down the slope with George and Graham bringing up the rear at their own pace. The dreaded midges were again chewing lumps out of us as soon as we stepped out of the car. A day of this and I’d end up wearing a face like a skelped behind, which is a northern expression for looking like a rear-end that has been beaten red raw with an open hand!

As the ground underfoot changed from greenery to rock, a cooling sea breeze put the midges down; leaving us relatively unmolested. George and Graham dispossessed me of a couple of two-hook flapper rigs carrying size 1 hooks, while I would alternate between a three-hook flapper and a two-hook clipped rig. 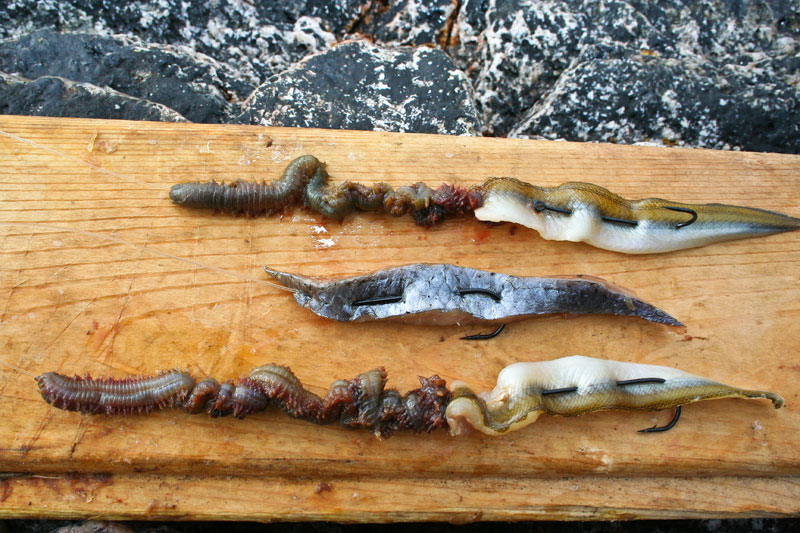 Graham and George opted to bait up with wedges of the previous night’s mackerel. I mixed and matched ragworm, Baitbox herring and slices of launce fillet. Gillies directed me to cast long and towards the right where he has taken several turbot to around 3lbs.

I had fished into this very bay from the boat in the past. The last time saw all manner of species including some good plaice, turbot, thornback and spotted ray, dab, whiting and gurnard taken. On that occasion I was a good bit offshore but it was encouraging to have a decent indicator of what fish were potentially within casting range.

Gillies opted not to fish. We sat together talking fishing and making plans to dedicate a whole week to exploring ‘his’ island at another time. Eyes flitted to the rod tip for any signs of interest. A good bite turned out to be a grey gurnard which fell to herring strip. Herring also accounted for the next fish, a decent red gurnard which dropped off as I attempted to swing it up onto the rocks.

George and Graham had split up and worked two rods each. At Gillies’s prompting they dropped short for flounder that can easily top 2lb in weight here. George got one maybe half that size but that didn‘t stop him proclaiming it a monster. Oddly it also came to herring which George switched to after a bite-less hour using mackerel. 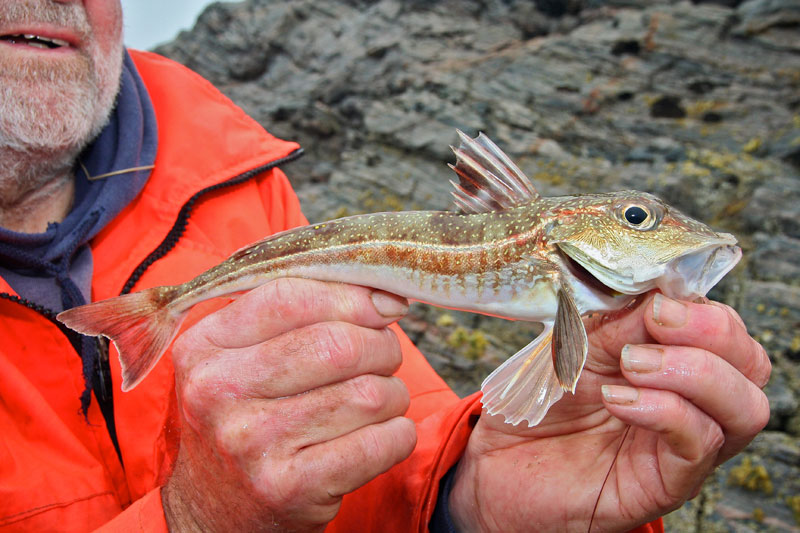 It had started to drizzle, and what were moments before, safe and easily negotiable rocks, instantly became absolutely treacherous. Because the rocks sloped steeply seaward it was a job staying vertical. Gravity was of a wicked mind to tow you off down the slope. One careless move and your feet took on a life of their own, skiing downhill towards the sea. Movements were kept to a minimum in the ice rink conditions, while the hope was that the spitting rain would abate and the breeze blow-dry the rocks sufficiently to carry on fishing without complication.

Thankfully the rain didn’t endure and the rocks quickly became less challenging. It was far from a flat casting platform but I’d whacked the three-hook flapping rig as far as I could given the various obstacles. Twenty minutes later I was rewarded by a cracking bite that had turbot written all over it.

The seabed was snag-free in all but the last few yards. A good flatfish flapped to the surface well out. The idea was to keep cranking hard and draw the fish along the top to keep it over the near snags. Gillies clambered down to the water; grabbed the trace as it neared the edge, and lifted a lovely turbot clear of a nasty rock it was trying to sneak behind. Ragworm tipped with launce strip had done the trick. 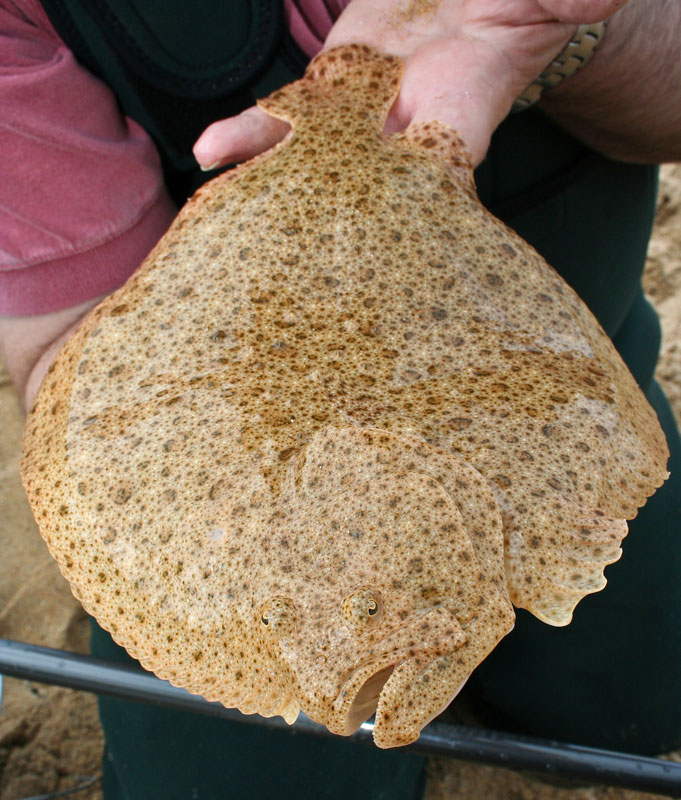 Despite our best efforts all that we caught after that were more gurnards; even Graham weighed in with a couple. Gillies explained that Valtos is a temperamental mark where fish move in and out all the time. Like just about everywhere else, netting activity is rife he
re too, and there is little to stop greedy boats sweeping into sandy bays like this one and hovering up anything that swims.

We failed to get to grips with an elusive spotted ray on this occasion, and our quiet hopes of connecting with a lunking great turbot or plaice didn’t quite come to fruition. However, we saw enough to recognise that on another day the shore fishing at Valtos, and in a multitude of other places close by, could be superb. Truly unspoiled from even the fussiest shore angler’s perspective, the Lewis coastline is vast and waits to be properly explored. 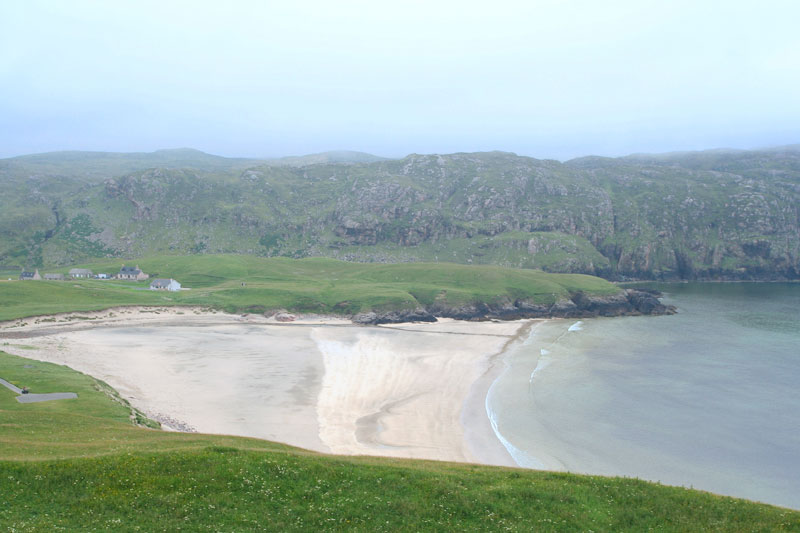 With dark clouds once more looming overhead, and the threat of slipping to a broken neck unappealing, we beat a retreat. Hauling themselves uphill back towards the cars, puffing Graham and George narrowly avoided heart attacks. What was unavoidable was the blasted midges which were now joined by sparrow-sized moths and all other manner of buzzing nightmares drawn to feasting by our ragged breath and sweat dappled skin.