Over the past six years or so I have had the pleasure of using many continental style rods for my shore fishing. All have been different in one way or another and the Tronixpro Blastron TT is no exception.

I travelled down to the south coast to meet up with George Cunningham, the boss at Tronixpro, for a tour of their warehouse and to chat about the various new innovations and products in the pipeline.  George showed me round their premises, I was like a little boy at Christmas! 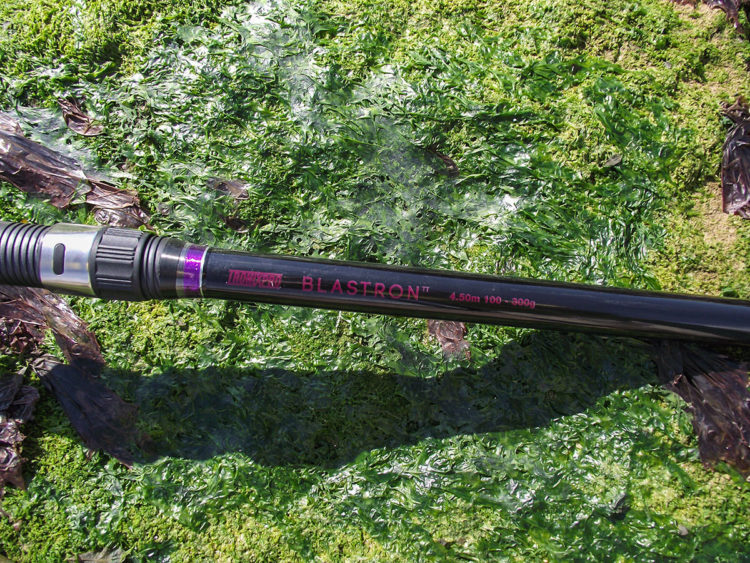 We finally got to the fishing rod section and he was eager to show me the Tronixpro Blastron TT. This is one beast of a continental style long fixed spool rod and unlike any other rod of this nature that I have come across. Given the quality and feel the first surprise was the price of the Blastron TT range. Available in two lengths, 4.2 and 4.5 metre they are reasonably priced at around £150, you really get a whole lot of rod for your money. The guides are Fuji K type and a Fuji DPS reel seat is fitted, indicating the calibre of materials used in construction. 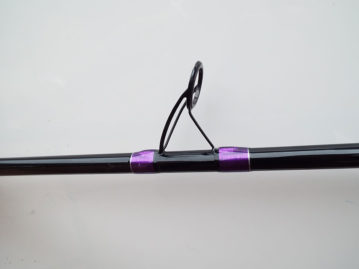 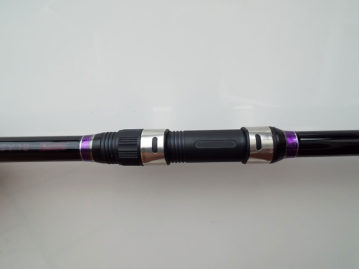 Built in three sections the Blastron TT is finished with a deep purple colour scheme on the whippings and each joint has an exposed section for grip when disassembling. 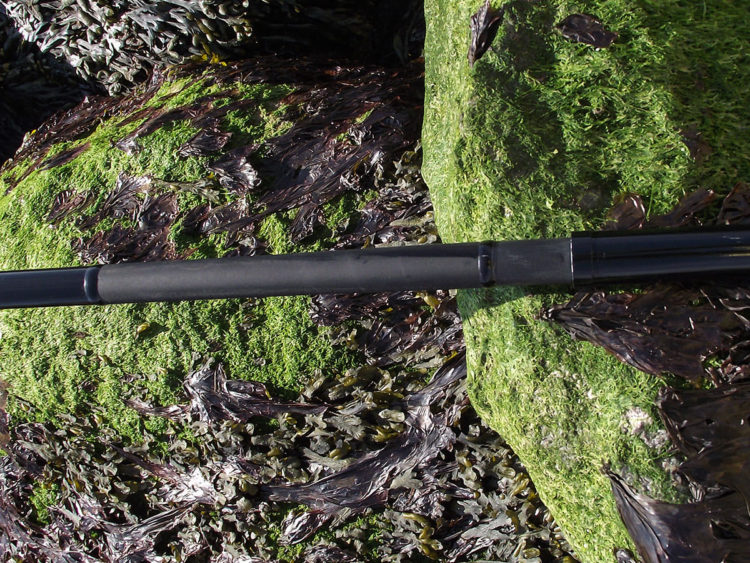 The tip is finished in white for visibility in poor light. 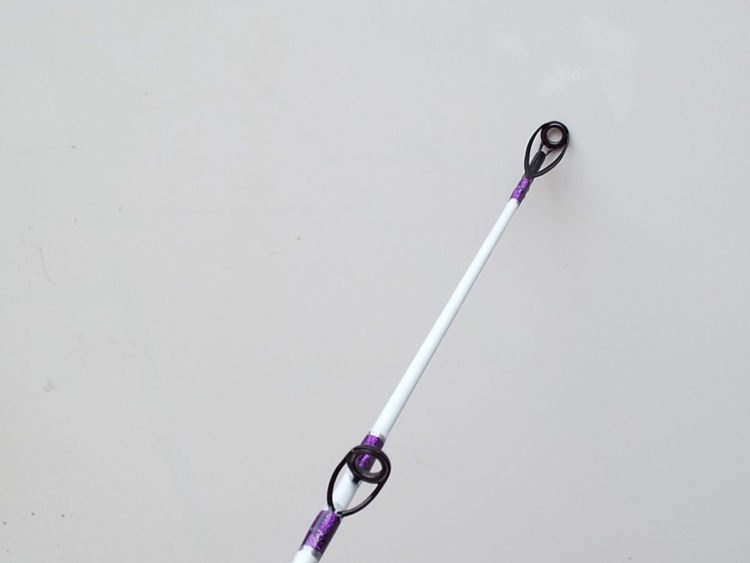 This is not a rod for the faint hearted; this is continental style with attitude. I tested the longer version and it is 15ft of extreme power with a stiff tip.

Blastron TT on the Beach

The Blastron TT is classed in the 4-8oz range.  I am always wary with weight classes as some are really pushing the boundaries as to the optimum, comfortable, casting weight. I teamed the rod up with the Tronixpro Virtuoso fixed spool reel for the testing session.

I carried some leads in the range designated and started off with 100g (3.5oz), and after a few casts I found it too light for the rod and direction and trajectory wasn’t easy. 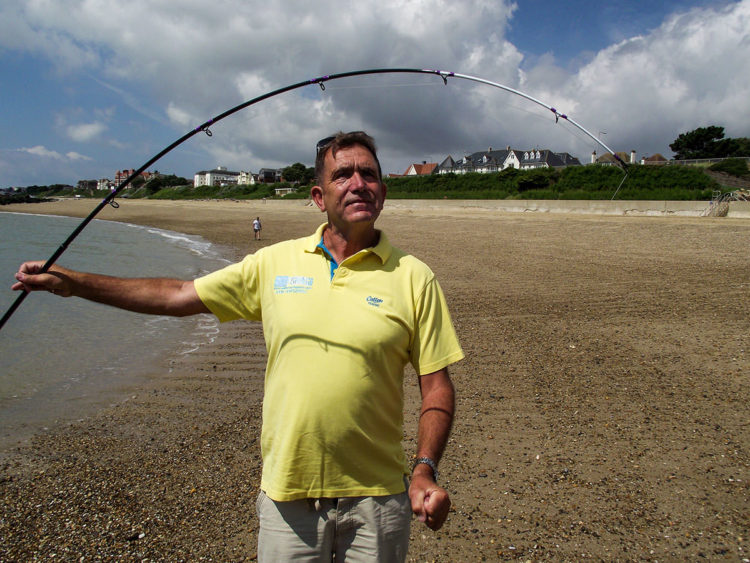 On went 125g (4oz) and after a few casts things were happening, the lead was whizzing out to sea and disappearing into the distance with consistency.

Now to move up a weight and with a 150g (5oz) lead attached I started again.  A slower cast was needed, all casts were the off-the-ground style. With growing confidence I had the lead sailing out into the distance.

The Blastron TT has a very quick recovery rate and can be quite a shock as it flicks very quickly back into shape, but after a few casts under my belt I found it very user friendly. 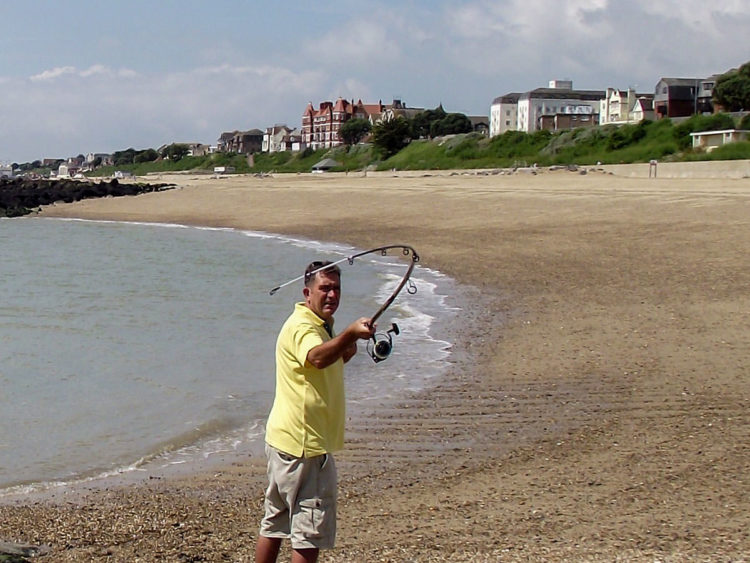 With my confidence high I clipped on a 170g (6oz) lead.  To be honest it was a little uncomfortable but do-able, the lead didn’t travel as far, but for heavy tide run where casting is not important and holding bottom is required then this rod would hold up to the test. 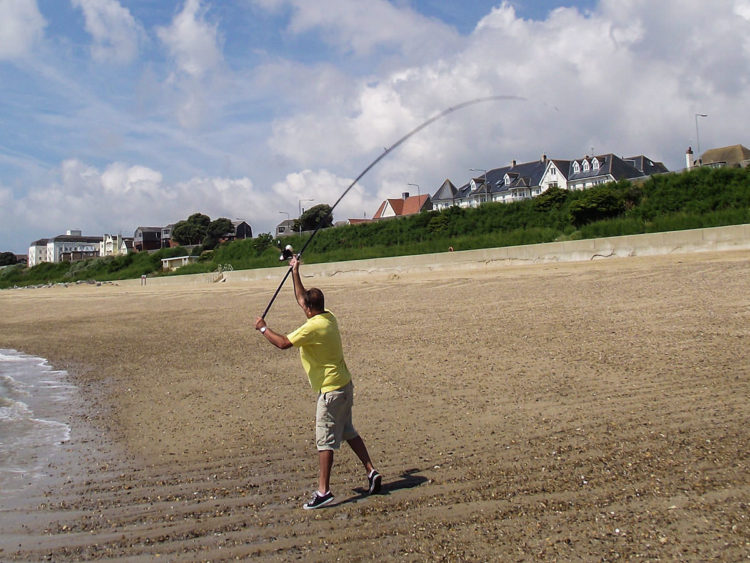 The next lead to try was the 220g (8oz).  I was slightly fearful of casting a lead with this weight and so it proved, just one cast for me and it was far too much for me to cast comfortably. Anglers using a different casting style may be able to cope with the heavier weights, but remember to add the bait when calculating your maximum.

Four to six ounce, including bait would be my limit on this rod.

The Blastron TT is a very powerful rod and to get an indication of the distances I was hitting I measured a few off-the-ground casts along the beach.  I tested it with 4oz and 5oz leads, I was more comfortable with a 4oz weight and within a few casts 200 paces were very achievable.

The Blastron TT in my opinion would be more suitable to the heavier style of fishing where continental style long rods have never been regularly used.  It can certainly cast a lead a very long way, so distance work is made that much easier. 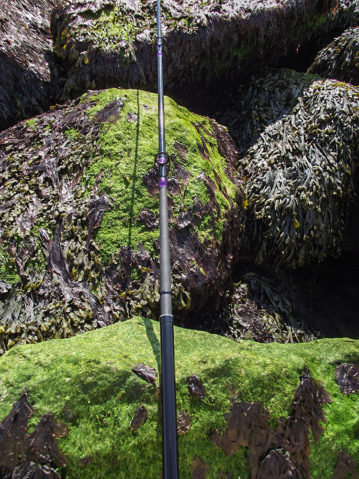 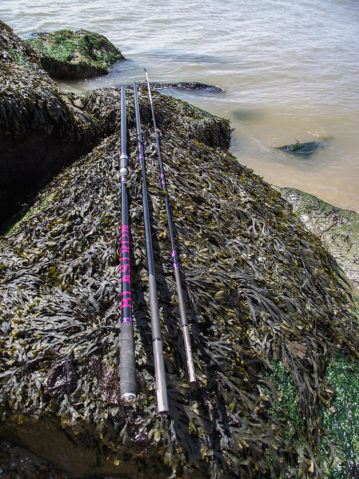 It will also make a great rock fishing rod as this powerful blank will cope very well with heavy terrain and the need to pull heavy fish from weeded areas.

Once again Tronixpro have come up trumps with the heavyweight Blastron TT, a rod that will cast a lead a very long way.  It also has the ability to land very big fish from tricky venues, and is very user friendly. 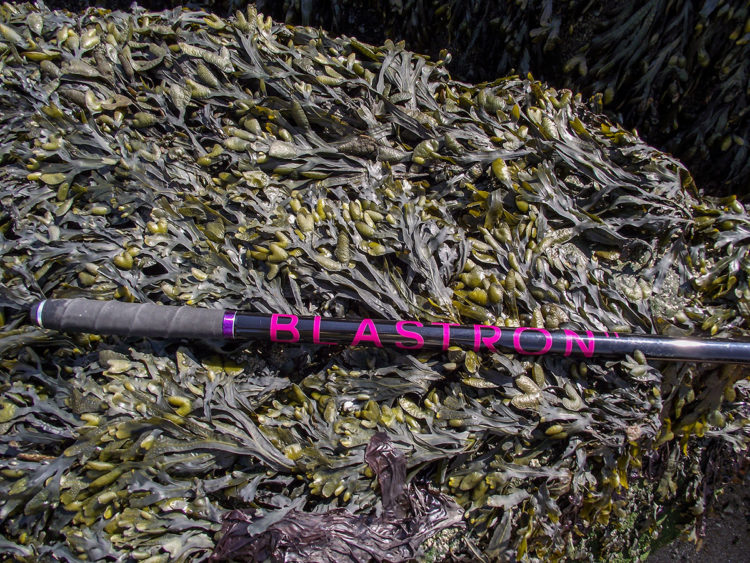