Des Westmore has watched the original Shimano Antares boat rod tame giant conger and huge porbeagle shark, and he couldn’t wait his hands on the latest Antres 20-30lb rod to sample what it could do. 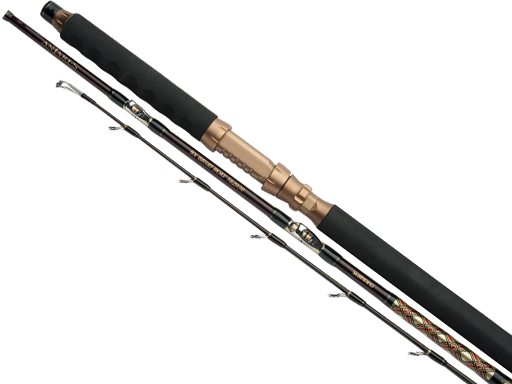 I had not fished with any of the various Shimano Antares rods previously but regular fishing buddy Lee Frampton was well acquainted with this particular range having splashed out on the original 12-20lb, 20-30lb and 30-50lb rods. I have always been impressed with Lee’s Shimano rods and have seen him fish well with them many times.

Various features held my attention on Lee’s rods, none more so than the reel fittings. The Antares was one of the first rod ranges to dispense with those uncomfortable cumbersome reel seats that incorporate the joint… even the meaty 30-50lb model shied away to what I have always regarded as a horrid fitting. Blank action across all these original models is exceptionally well considered and proportioned, with signature progressive actions curving smoothly from sensitive tips down through to powerful butts. I stood back and admired Lee beating some mighty fish, including a near 90lb conger and a 150lb+ porbeagle shark on his original Antares rods and I couldn’t help but think that any newer version had much to live up to.

The new Shimano Antares range has received various facelifts upgrades. I tested the 20-30lb model (ANTXBT762030B) for Planet Sea Fishing, and given that this is not a cheap rod, I endeavoured to pass round to as many anglers as was practicable in order to gather a wide spectrum of feedback and opinion over a four-month period. 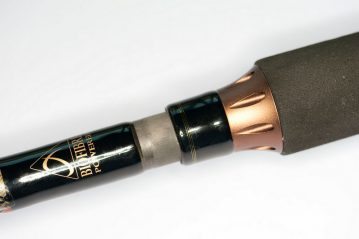 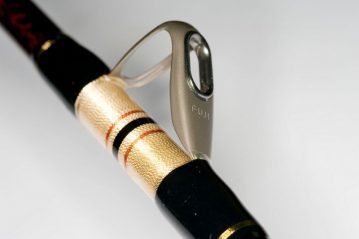 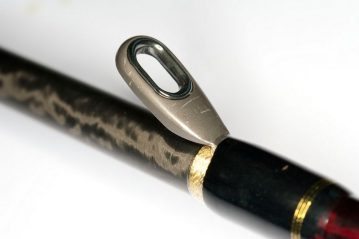 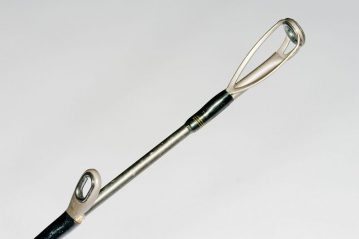 The 20-30lb Antares is 7ft 6ins long, as are all rods in the range. Nine single leg oval Fuji SiC rings are fitted, with a further two double leg oval rings and a tip. Whippings are black tipped with gold, while the double leg rings featuring gold under-whipping. The extremely slim ‘Bio Fibre’ blank is a cool burgundy colour as far as the first single leg ring, thereafter it runs to a plain carbon finish. The tip is plain too and does not sport a high-viz finish of the sort I would have preferred. The tip section plugs into the butt immediately above the fore-grip, with the last part of the tip featuring a gold, red and black cross-weave whipping.

The fore-grip is 7ins long and is a nicely contoured EVA design but there is a naff alloy collar at the end. The lower grip is 14ins long, including the gimble that also sports an EVA cover. This is a little bit longer than I would prefer but other testers have thought it ideal. The good news is that no one has found it too short. 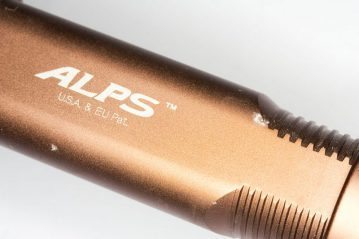 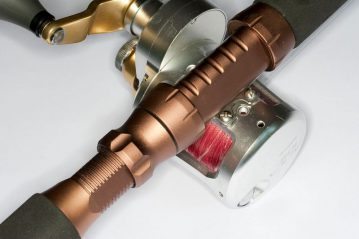 The reel seat is the biggest visual change from the 2009 model. Gone is the wood grain effect ‘Fossilwood’ reel seat, which I really liked. It has been replaced by a rather unusual anodised aluminium ‘ALPS’ affair. I have to admit that I don’t think it looks anything like as good as the Fossilwood. That said it looks well made if a little unusual, mainly due to the fact that it is triangular in cross section. A plastic washer is incorporated to prevent the problem that normally manifests itself with alloy reel seats – that’s the fact that they tend to undo. My other concern, longer term, would be corrosion, but that hasn’t been apparent so far.

In use, the rod received plenty of positive comment: Dale Edmunds who used the rod to take some good fish, including some quality spurdogs, praised the number of rings which keep the line clear of the blank at all times. He also noted that while the rod is softer than others in this class, it could still handle up to 1lb of lead and a decent rub of tide. 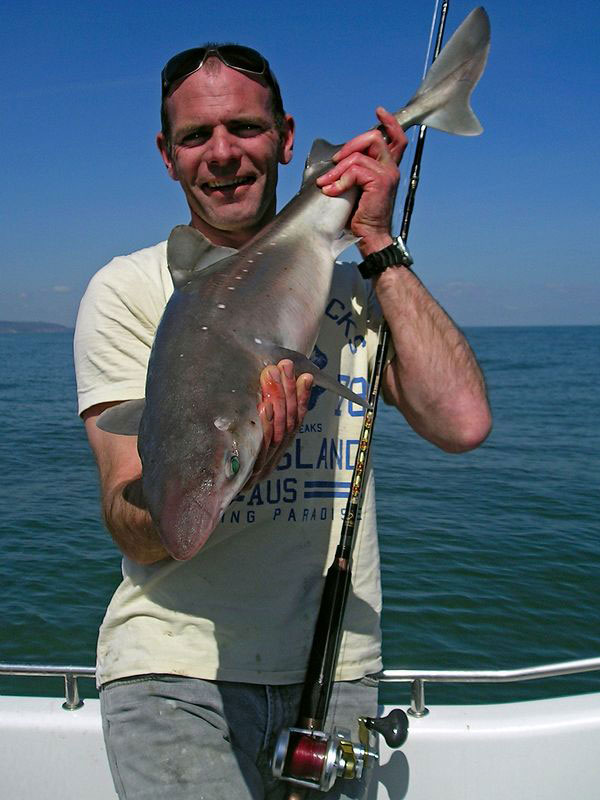 Interestingly, Lee noted that the rod was a bit stiffer than his original model and said that it was a big improvement in terms of action. Indeed the blank action received unanimous praise. A summary of comment would be that this is a sweet blank so long as it isn’t overloaded with more than 1lb of lead. The reel seat was greeted with indifferent aplomb with nobody raving about the new design, but none hating it either. The general conclusion consensus was a very capable rod but perhaps not one to set the world alight. The eye-popping £259.99 RRP got everyone’s attention and was generally deemed high in light of what you are actually getting for your money. Visit Shimano for more information.