The chase for specimen winter flounders is on and there’s nowhere better than the estuaries and creeks of South West England. Team Sakuma angler Alex McDonald is our man in the know and ideally placed to discuss venues and tactics. 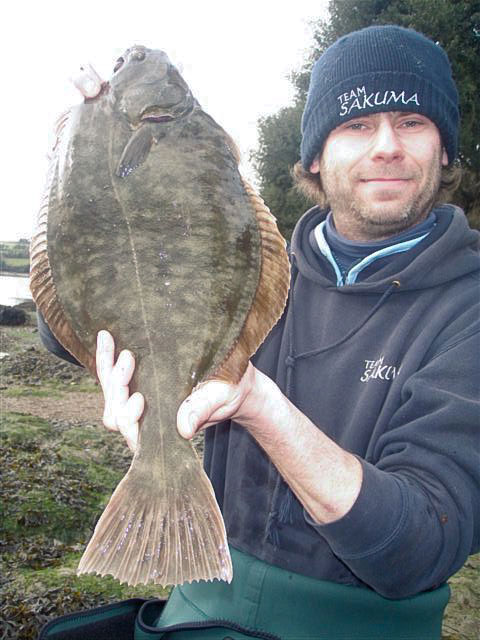 The River Exe and Teign estuaries have big reputations and are great places to hunt out fat winter flounders to well over 3lbs, but they are certainly not the only venues for good winter floundering in the south west of England. I fish the Kingsbridge estuary regularly through the winter for the simple reason that it has consistently produced the larger fish in recent years. This venue does fish differently to the Exe and Teign because it is not river fed; instead it is a maze of small creeks, which allows lighter tackle and leads to be used. But regardless of what South West estuary or creek venue you visit the following advice will serve as a good grounding for catching flounders.

If you have not fished a flounder venue previously then try and arrive at your intended mark at low water… this serves several purposes but the main one is to allow you to see exactly where the channels are. The flounder will use these channels as roads to travel up the estuary before spreading out over the mud banks as the tide floods over them. Likewise, they will also drop back into the channels as the tide ebbs. I prefer to work with two rods and look to fish into these channels until the banks are covered. As the tide progresses I try to fish one rod on the banks, especially in any depressions in the mud spotted and marked at low water. A great tip is to mark these spots with a stick so that they can still be identified and cast to when the tide moves over them. Also look for flounder tracks on the mud and actively fish these areas that are quite often right under your feet on the edge of where the weed meets mud.

To Bead or Not to Bead?

When it comes to the best rig, so long as the channels are not to far out, it is difficult to beat a running ledger with a second shorter snood situated above the lead – this is also widely referred to as the Wessex rig. The lead needs to be plain and preferably flat-sided especially when fishing on the mud. Use as light as the tide allows. 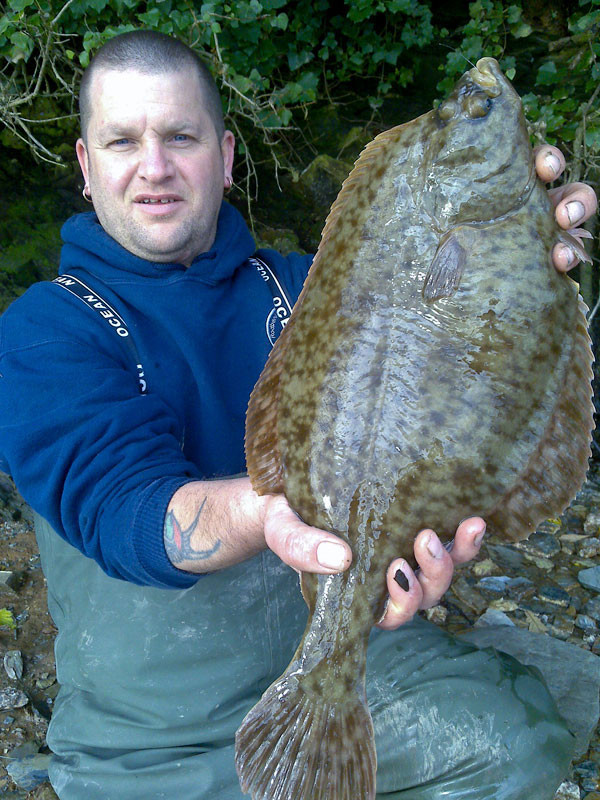 Some very successful anglers use lots of coloured beads on their rigs but this isn’t a necessity and others swear by ‘clean’ rigs. The choice is yours ultimately, but do be aware that crabs can be a real problem especially in the channels, so it is worth tying a couple of rigs with floating beads on the snoods. Try one rod with attractors and one without and see what works best… even trying attractors on one snood and not the other is good advice.

Crab is the main bait on the Teign and the Exe and most anglers that fish these estuaries won’t go unless they have fresh crab. However, I do know that lug, normal red rag, and especially harbour rag (maddies), have taken good fish. Worm baits are however terribly susceptible to being stripped in seconds by crabs. Tipping baits of with a few wriggling harbour rag or crab legs is a good ploy and can make a difference.

Flounders like most flatfish are generally greedy and even small fish will engulf large baits, it is however worth letting bites develop especially when using bunches of harbour rag as they will sometimes just nibble at the loose tails. There are many different hook patterns to present your bait on but choose one that is fine in the wire and chemically sharpened, from size 1/0 – 2 . Snoods rarely need to be to heavier than 15lb and neither does your main line. A good quality 12lb mono main line is normally sufficient but some anglers do favour the sensitivity of braid. Light bass, spinning or carp rods combined with small to medium-sized fixed spools or small multipliers are the correct combination and remember that the lighter you fish the more fun you will have when hook a flounder, as even a modest fish will give a good account on the right tackle. 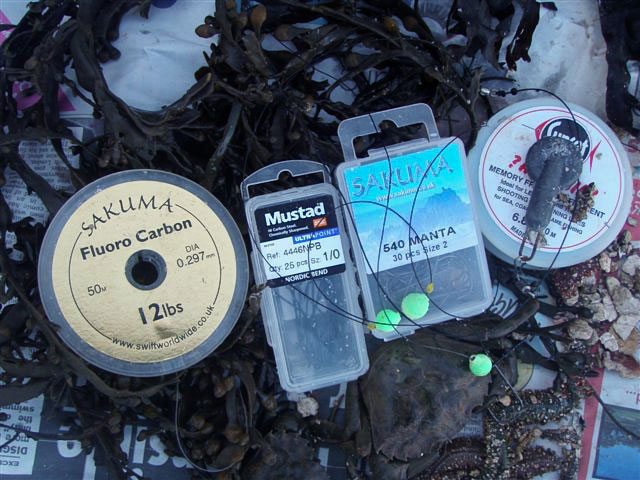 If there has been a lot of rain, the Exe and Teign estuaries will more than likely be coloured and they will not fish very well. If you really wanted to fish in these conditions, the marks around the entrance to the estuaries would be the places to try.

Find out more about Sakuma hooks, lines and other products here.